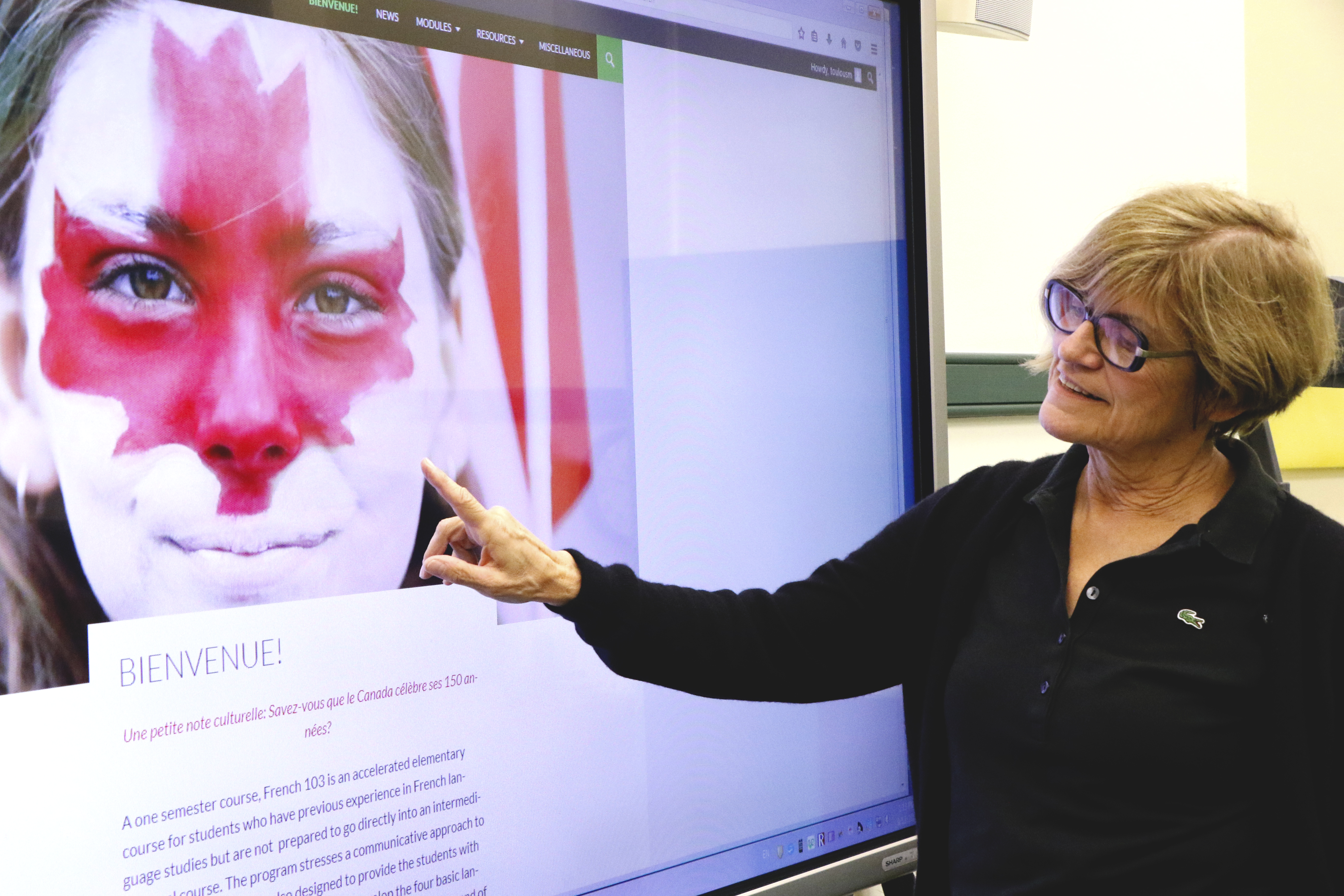 French instructor and director of the Foreign Language and Literatures Resource Center Mary Toulouse wants students to express themselves beyond facts and figures, because, as she said, “Who wants to be known as a number?”

She received an award just over a week ago from The American Council on the Teaching of Foreign Languages for her attempt at achieving this aim: “LaFolios.”

LaFolio is application of e-Portfolios as a learning component of language studies. Toulouse created the project which aims to shift the focus of education from exams to self-evaluation and exploration of a student’s inner values.

LaFolio offers users individual platforms to demonstrate what they’ve learned using a social media site with audio-visual elements. The e-Portfolios are not only used for foreign language courses and are often utilized as an interface between the several academic areas students participate in.

“I think this is an opportunity for them to show what they’ve learned and how they’ve integrated that into their lives. Putting all of this on a portfolio means more than having a file cabinet of what they’ve done, [because] they’re also reflecting and making plans for their future,” Toulouse said. “Research shows that when you reflect on what you’ve done, you end up a deeper learner.”

Some of Toulouse’s students engaged in a project where they traveled to French-speaking countries and created documentaries of them speaking in the language to natives about their culture and traditions. These documentaries were later integrated into their e-portfolios to supplement what they learned on their trip and in the classroom.

LaFolios came about as a natural outgrowth of the education process, Toulouse said. Even though the award is in her name, she feels the collective work and effort of the student body and the foreign language faculty should be acknowledged for this achievement.

Toulouse and her colleagues are also working on developing a project which utilizes electronic badges, or “mini certificates” as incentives. These e-Badges are designed based on the Association of American Colleges and Universities VALUE Rubrics. Students can apply to receive these e-Badges by linking their e-portfolios to their applications for evaluation.

While LaFolio has been successful so far, it still has certain challenges to overcome in the realm of active student involvement. Toulouse said would love to see students seeking out materials for their portfolios and editing them on a more regular basis.

“The students need to support us more. Sometimes, they shouldn’t be waiting for a faculty [member] to say ‘Oh, I think you should put this on your portfolio,’” Toulouse said.