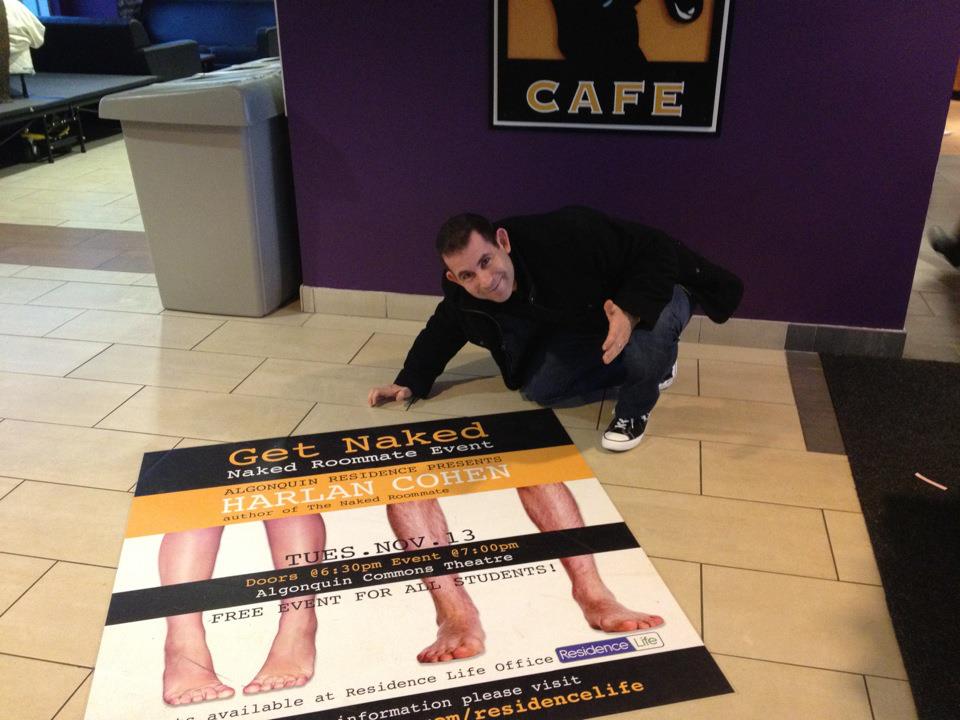 Comedian Harlan Cohen wants to make you comfortable with the uncomfortable. The New York Times best-selling author, well known for his book “The Naked Roommate: And 107 Other Issues You Might Run Into in College” visited the college Thursday night to perform.

Cohen has been focusing on college students and the unique hardships they face since his time at Indiana University, according to his website. Cohen said he thinks high school doesn’t prepare students for these hardships.

“Life is naturally uncomfortable at times, and what I noticed is high school doesn’t like to acknowledge that,” Cohen said.

“College is this incredible time of self discovery and really navigating big life choices, and it’s uncomfortable, so if we have a framework it makes everything easier,” he added. “I wish somebody had told me this stuff, and I wish someone had told me about what I [shared]. That’s why I do this.”

Cohen began writing college advice during his senior year at Indiana University, where his column “Help Me, Harlan!” in the Indiana Daily Student proved to be a success. After graduating, he continued to write and published his first book “Campus Life Exposed; Advice From The Inside.”

“The Naked Roommate” succeeded for its candid advice and humor, and Cohen brings even more energy to his live shows. Cohen describes his performances as “comedic and interactive,” but above all else, he said he believes that those who attend leave with some new information they can apply to their own lives.

“When people get to college and start to live life a little more outside their comfort zone, it’s hard,” Cohen said. “I just want to normalize that.”

According to Cohen’s website, his own love story influenced his writing.

“My personal love story is filled risk, rejection, and ultimately, happiness. I met my wife at the UPS store while making copies (the entire story is in the book)… We’re still married — I love her like crazy — and I like her to pieces. Like is way more important than love. ‘Getting Naked’ breaks down dating and relationships and offers a new approach to taking risks and finding love,” Cohen wrote on his website.

When he’s not writing, he’s working on creating a new series of online courses and answering questions via video, hosting web events and sharing advice on television and radio, according to his website.

View all posts by Katherine McManus →