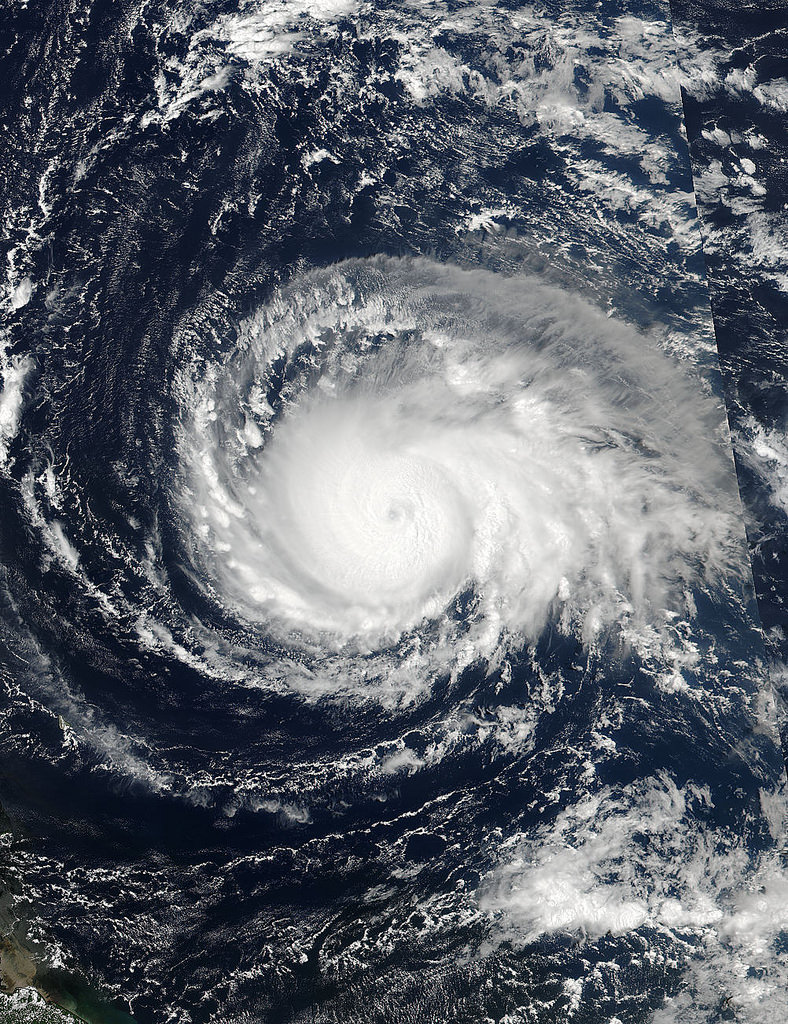 As millions of residents evacuated from Florida this past week, Andres Parada ‘20 anxiously waited for another update from his family who finally made their way from Boca Raton to Memphis to escape Hurricane Irma.

“It’s been really stressful trying to stay in touch with them, just not knowing with certainty whether they’ll be safe or whether my town will be safe,” Parada said.

Around 6.5 million Florida residents were ordered to evacuate as Hurricane Irma drew nearer. The storm hit the coast Sunday at Naples and Marco Island registering winds of around 130 miles per hour, according to the National Weather Service.

Irma’s original path was headed straight for Boca Raton, sending Parada’s family to Tallahassee for refuge. However, before they could settle, Irma changed course, and Tallahassee was its target.

“They would have stayed in Tallahassee, but there were no more hotels or Airbnbs, or food and water, and the Airbnb wasn’t very stable,” Parada said. “It was better to leave and get as far away as possible, so they’re in Tennessee.”

“It was my mom, my dad, my brother, my sister, three dogs” and four family friends evacuating, Parada said.

Parada was the only member of his family in a secure location, and he said he was where his family would want him to be. Parada has also received support from friends on campus who offered his family shelter.

This storm was the second hurricane to hit the United States in a matter of weeks, with Hurricane Harvey hitting Houston, TX, less than a month ago.

Houston native Lauren Biegel ‘21 was arriving for her first year at Lafayette as Harvey was making its arrival in Texas, and her family was trying to find a way back home.

Biegel’s mother and sister were unable to find a flight that could make it into Houston and were stuck at the airport. Her father and boyfriend, who were driving back from Easton, drove right into the storm and had to stop before making it back into Houston.

“They had to go to all these hotels, and there was a moment Sunday when we thought they had to sleep in the car on the highway because there wasn’t a way to get anywhere,” Biegel said.

Fortunately, Biegel’s family arrived back safe to their undamaged house which didn’t even lose power during the storm.

While Biegel’s family was lucky, both storms caused extensive destruction, with the total insured damage being close to $70 billion, according to The Guardian. The Daily Caller has reported seventy confirmed deaths from Harvey and around fifty so far from Irma in both the US and Caribbean.

President Alison Byerly has family in Florida, and has been paying close attention to the storm for both her family and the students.

“I know that the campus life office has been in touch with some of the students from various parts of Florida. Part of what’s been interesting of course is that the areas affected turned out to be slightly different than what was anticipated,” Byerly said.

These two hurricanes are only two of the many recent weather related disasters that have hit the country.

The western United States has been ravaged by close to sixty-five wildfires and record-breaking heat, according to the National Interagency Fire Center. A total of 8.13 million acres of land have been burned in 2017, and with some of these fires being only 2% contained, the damage is expected to increase.

No students at Lafayette who are directly affected by the wildfires have approached the college, Byerly said.

However, students have taken an interest in finding ways to help those affected by the other natural disasters on campus and across the nation, she said.

“Students have shown an interest in doing some fundraising relief to support victims of perhaps Harvey and Irma, and so I think that might provide an opportunity [for students] to take an active role themselves,” Byerly said.