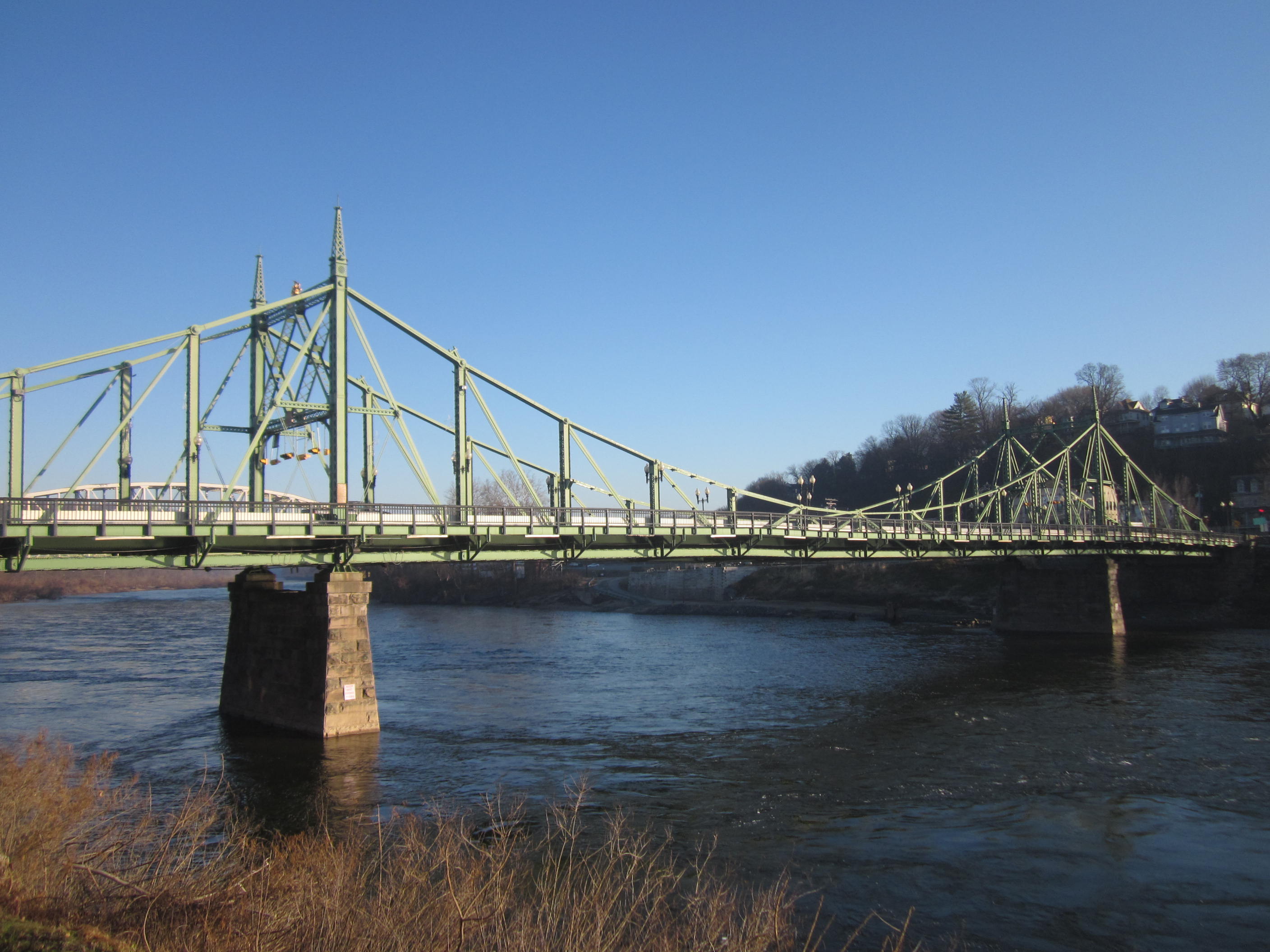 The arts festival will be held at Riverside Park. (Photo courtesy of Wikimedia Commons).

Riverside and Scott Parks are regular spots for peaceful strolling along the Delaware River on the outskirts of downtown Easton. This weekend, the parks will be lit up by Easton’s arts community at the Riverside Festival of the Arts (RFA).

The 21st annual RFA, which will be on both Saturday and Sunday, will feature some of the Easton area’s many artists, musicians, dancers, businesses and food providers.

According to ‘Lady’ Colleen Heller Alrefai, chair of the board of RFA, competitions between local businesses will be new to the RFA this year.

Hair salons, skin artists like face painters and henna designers will compete against other shops to create the best product, which will be voted on by attendees. For the “Hair as Art” event, local salons have been nominated by their clients to compete against other salons. On Sunday, live models with sculpted hair will be judged by the public.

“[The Hair as Art competition] made stylists think differently, created a challenge, brought people’s curiosity up and today, excitement brews among the people for this festival event,” she said. My goal is to widen the eyes to the possibility of what art truly is and where it is found.”

“Exploring artistry in these fields brought artists you will not find in many street festivals. Creating a place for this type of art at the festival reminds us that no matter what your preferences are, the daily life that surrounds us is filled with the arts,” she added. “We just need to stop and look. At the festival that’s exactly what we encourage people to do.”

Along with performances from local musicians and dancers and exhibition of local art, the RFA will host competitions that connect the local community more tightly to the arts. The Juried Arts Gallery Contest and the Plein Air Arts Contest are returning this year to the RFA, according to the website. The Juried Arts Gallery Contest calls for all artists to submit their works to be judged on Sunday by three professional judges.

The eighth annual Plein Air Arts contest will include award-winning artist Shawn Dell Royce and local award-winning artist James Gloria. After signing up, local artists may bring their own canvas and material to Riverside Park this weekend capture the beauty of Easton en Plein Air. On Sunday afternoon, these pieces will be judged and cash prizes of up to $1,000 will be awarded.

According to its website, the festival was started in 1997 by several local artists as a means of promoting Easton and the Twin Rivers area as an arts center for the benefit of the community.

“Originally, the festival was held in Riverside Park and featured 15 regional artists, artisans, musicians, singers, dancers and writers. It has grown considerably since its inception and has expanded to both parks along the river to accommodate the increased number of juried art exhibitors and plein air art contestants,” the website reads.

According to Alrefai, one of the key focuses of RFA is to expand the festival to include as many versions of art as possible.

“Arts encompasses so much more than visual arts,” Alrefai said in an interview with the Easton Irregular. “Easton is such an art and foodie town that it makes sense to bring in as much of that community as possible.”

Now a function of the Arts Community of Easton, the RFA relies on benefactors from the community, public support and membership to provide the community the opportunity to celebrate of the arts. While the festival does have sponsors, it is run entirely by volunteers, according to the website.

The Riverside Festival of the Arts will be at both Scott and Riverside Parks Saturday and Sunday from 10:00 a.m. to 5:00 p.m.

View all posts by Leon Yang →