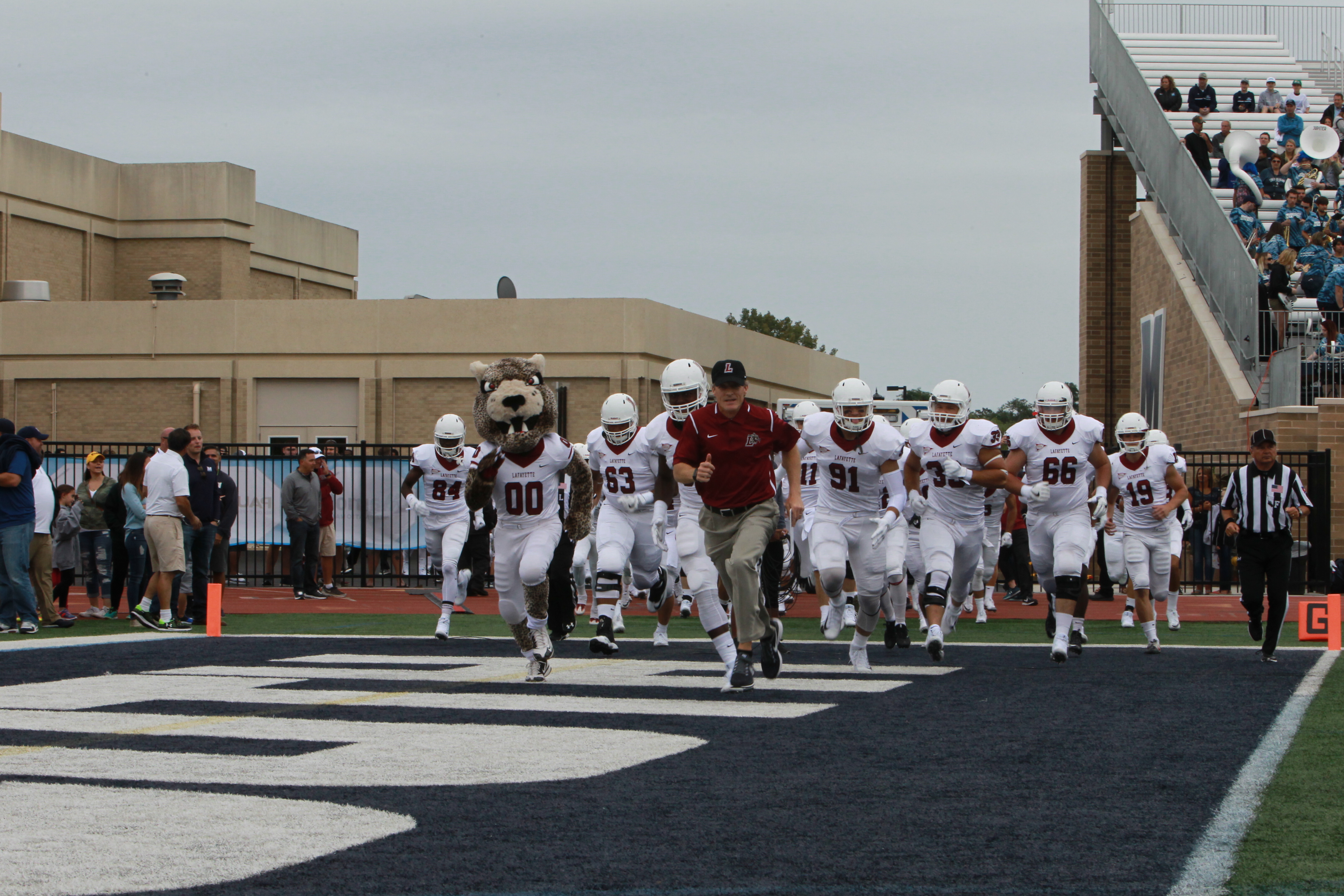 Lafayette was defeated 31-12 in their first game of the season at Monmouth University, head coach John Garrett’s debut with the team. With the Leopards falling behind early, they had to abandon the running game, tallying -1 yards on the ground against a tough Hawks front.

After back-to-back rushing touchdowns from the Hawks, the Leopards were able to get back in it with a touchdown through the air. Still only a one possession game late in the third quarter, Lafayette was unable to get back within striking distance, as they continued giving up chunk gains on the ground before ultimately trailing by as many as 25 points.

It was not all bad for Lafayette, however, with freshman quarterback Sean O’Malley tallying an impressive 262 passing yards and 2 touchdowns in his debut performance. Leading the way for the receivers was senior Matt Mrazek, who hauled in 9 catches for 80 yards and a touchdown.

O’Malley described Mrazek as someone who will “go up and get [the ball], no matter where it is” adding that “[the game] definitely slowed down” for him, something that first year players typically have difficulty adjusting to.

O’Malley showed poise early, connecting with 7 different receivers throughout the game and completing 27 passes, with 5 players notching 3 or more receptions.

The freshman quarterback tossed a couple of interceptions and was sacked four times, but Garrett said he took note of O’Malley’s strong work ethic and determination.

“The thing about Sean [O’Malley] is that day after day after day, he proves consistently to handle the offense and then execute,” Garrett said in a press conference on Sept. 5.

Garrett recognized that although the Leopards had four penalties in the game, all of them were pre-snap penalties. He added how the big plays that were let up were a matter of being out of position, and with more time and experience, the flaws the Leopards showed will be correctable.

Garrett said he was also impressed by sophomore wideout Nick Pearson. After being unhappy with his role in the defense, Pearson asked his coach if he could play wide receiver instead. He made three receptions for 58 yards in the game.

“[Pearson] came in to see me and said, ‘Coach I want to play wide receiver.’ And my belief is, just from my playing experience, if you’re playing a position that you don’t want to play, that’s really hard,” Garrett said in the press conference. “Nick has earned everything he’s gotten. He’s one of the most coachable players I’ve ever been around.”

“I’ll be telling the Nick Pearson story for years and years and years, no matter where I’m coaching,” he added. “This is a young man who you needed a telescope to find him on the depth chart as a defensive back last year.”

Looking ahead to next game, Lafayette has their home opener against Sacred Heart on Saturday the 9th at 6 p.m. for First Responder’s Night at Fisher Stadium. Sacred Heart is coming off a 42-3 victory in which they ran for 300 yards. Junior kicker Jacob Bissell will be unable to play after suffering an injury on a blocked extra point attempt against Monmouth.