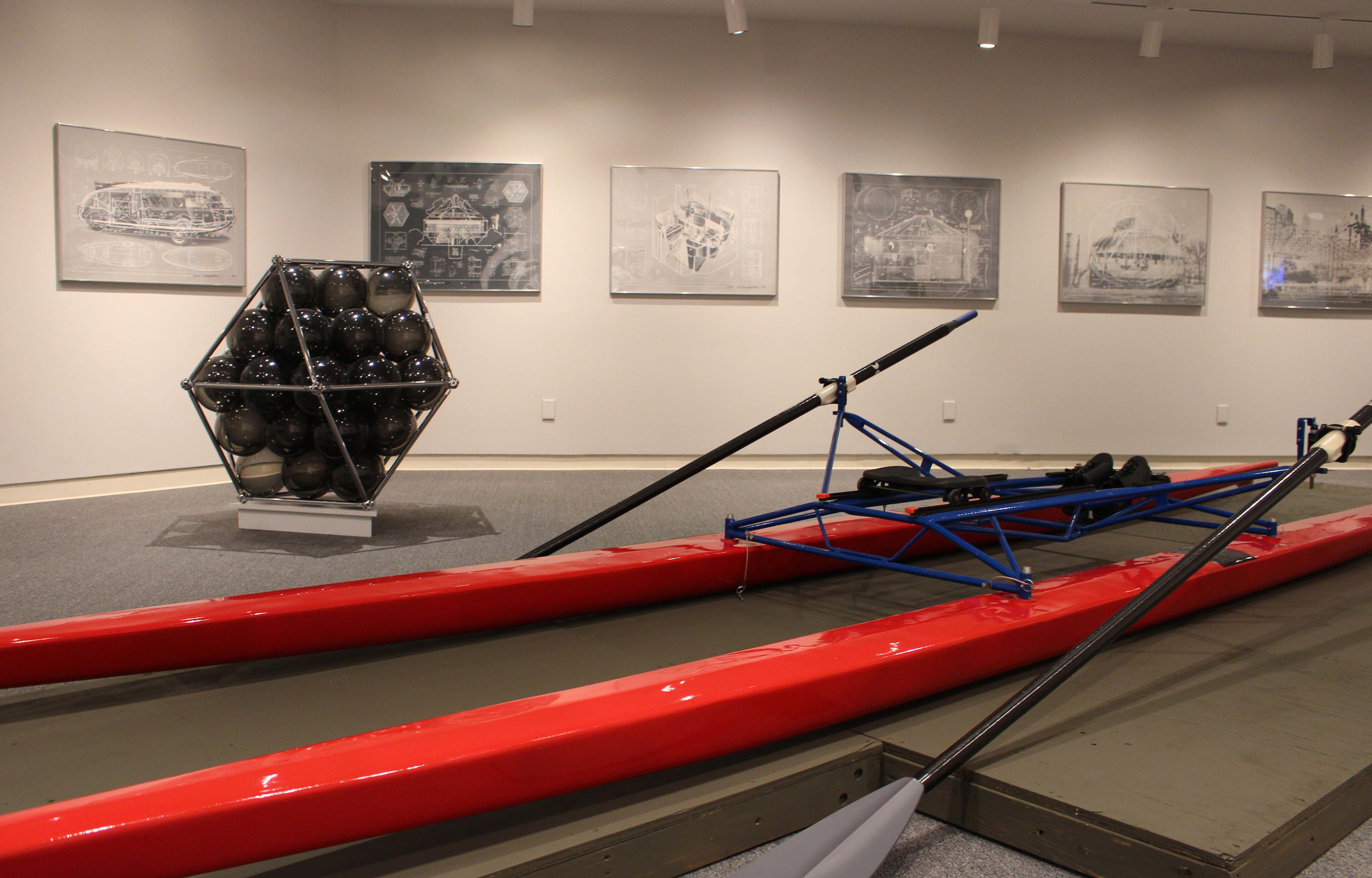 The exhibit showcases thirteen 30×40 framed prints of Fuller’s most noteworthy inventions, each layered with a clear patent on top of a screen-printed photograph of the completed invention. He invented the geodesic dome, which is the structure of Spaceship Earth at Epcot in Disney World. It is for this and other accomplishments Fuller was a known visionary and risk-taker, which is captured in the exhibit’s prints, art professor Robert Mattison said.

“They relate to Fuller’s philosophy which is about taking risks, experimenting, and then realizing those things,” Mattison said. “The message is yes, keep moving forward, keep experimenting.”

In the middle of the prints lining the walls of the gallery is the Dymaxion Rowing Shell, with each red side of the structure 21 feet in length.

“It makes such a big difference to see a realized object, and plus it’s beautiful,” said Michiko Okaya, director of Lafayette Art Galleries and Art Collections, about the Dymaxion Rowing Shell, which stands as the gallery’s center piece.

According to Okaya, students interested in architecture, engineering, the arts, and beyond will be studying the exhibit and using it in their classes. Okaya said she wanted to make it a space where students can study, relax, or gather for meetings. The gallery committee is also always looking for student interaction and input, said Okaya.

Funded by an annual budget and a Mellon Arts Infusion Grant, the Lafayette Art Galleries and Art Collections Committee was able to curate the exhibit as well as sponsor a lecture by Thomas Zhung.

Zhung, a student of Fuller, will present a guest lecture on Thursday, Sept. 14 at 4:15 p.m at the Williams Center for the Arts.

The exhibit will remain in the Williams Center Gallery until Sunday, Nov. 19.

View all posts by Emma Piascik →