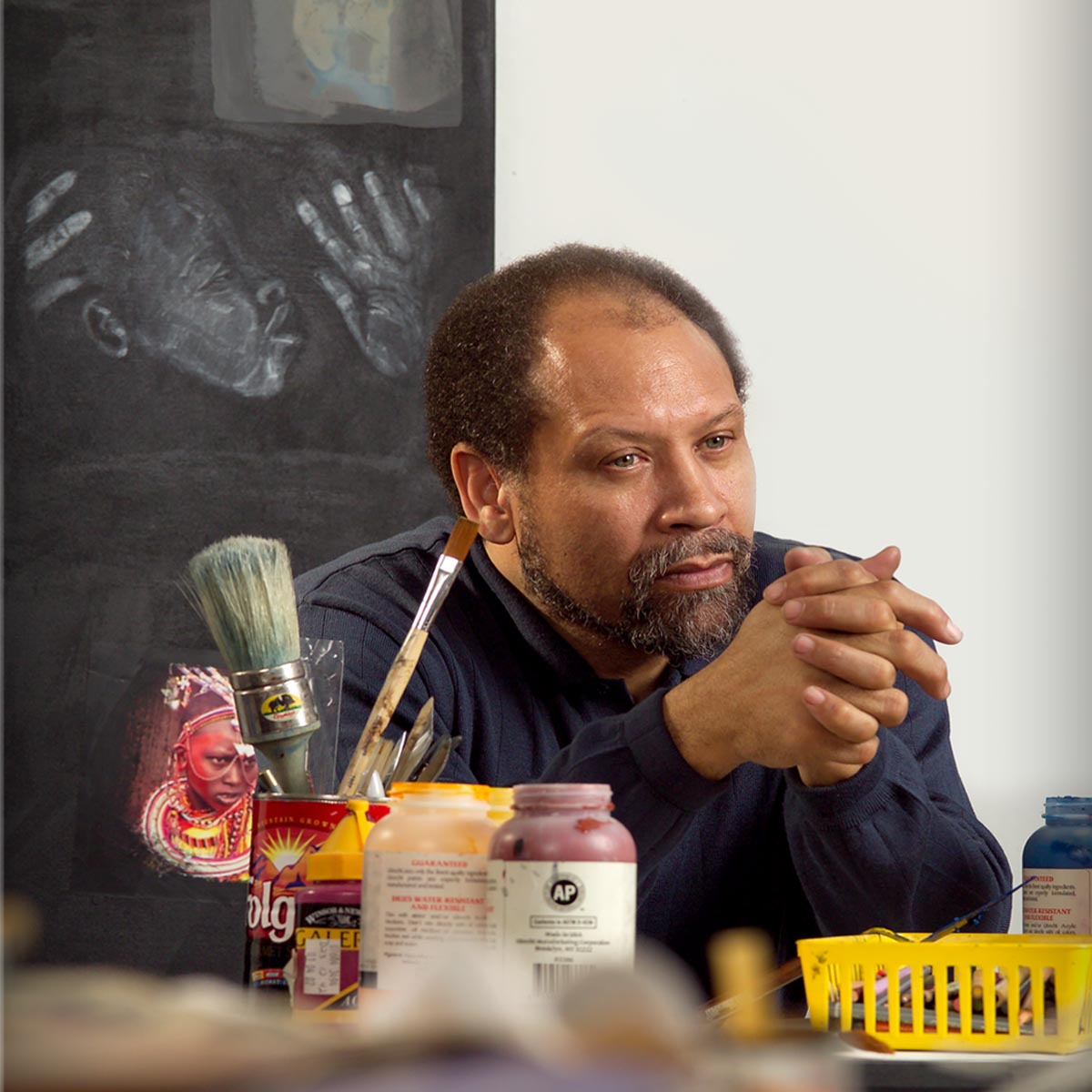 Waking up, making a cup of coffee and walking across the driveway with his dog to his studio where he will spend the entire day with his art–this is the post-retirement life that retired art professor Curlee Holton always dreamed of.

After almost 30 years teaching printmaking and courses in African-American art at the college, Holton, who has continued to create art after retirement, has put teaching behind him. But decades of caring about the college and its students do not fade quickly, at least according to Holton, whose line of discourse inevitably returns to the place he served for so many years.

Holton, who was among the first faculty of color to be hired by the college, said he has mixed emotions about the place he left behind. Holton admitted that life as a part of the Lafayette community and in the Lehigh Valley has been difficult at times.

“I came from an urban center, Cleveland, and I’d had a very diverse experience. I went to some very good schools with very diverse environments and populations, so that level of conservatism was something that was totally surprising to me,” Holton said. “You can imagine being in an environment where probably less than 5% were of color with very few African American faculty.”

According to Holton, the environment of the college was much different when he arrived twenty-six years ago than it is today.

“We were going through a period of defining what it meant to be a person of color that was native born, indigenous, and North American. That was very specific,” Holton said. “So it was a time when institutions would put all [people of color] together and sometimes it was disturbing.”

Holton recalled an instance when he experienced instant judgment from a student based on the color of his skin.

“One student referred to me as ‘the help,’ and I’m a professor. He had just never been accustomed to encountering anybody of color as a teacher, maybe a helper somewhere, but not as a figure of authority,” Holton said.

“I’m in an environment and I’m accustomed to all these backgrounds, but they’re not accustomed to me. I came with dreadlocks, and they thought I was Jamaican. It was very important to explain this,” Holton said.

According to Holton, the Lehigh Valley is not an attractive place to live as a person of color, and he has had several disturbing experiences living in the area.

“I got to the point where I would not go to a restaurant, because I would go to a restaurant with my wife…and we would of course be observed during the entire dinner. That’s natural,” he said. “I’m not saying there was any kind of mistreatment, but I was in their space, I was different.”

When asked about changes he’s observed among the student body at the college, Holton pointed to the female population as a source of positive change and enthusiasm.

“What I’ve discovered and observed over the years I’ve been there is that the majority of students that are academically gifted, aggressive, determined and passionate are the women students,” he said. “When I first came I had male Excel Scholars, probably after 5 years there were no more male Excel Scholars.”

Holton also described several differences in the character of students.

“The student population seemed to be a bit more diverse not necessarily just in racial and ethnic groups, but I think diversity in experience and character,” he said. “They would come from different parts of society, so it created a very dynamic environment and I was fortunate to come into that dynamic.”

Students of the college are much more career-oriented and studious than they used to be, Holton said, which he thinks is simply generational.

While constructive of the college and its past, Holton said he also considers Lafayette an important part of his career and the lifestyle he has built.

Aside from continuing his own work as an artist, Holton is also serving as the Executive Director of the David C. Driskell Center for the Study of the Visual Arts and Culture of African Americans and the African Diaspora at the University of Maryland College Park. Holton largely credits Lafayette for preparing him to take on this new job.

“I’ve had two careers. Not just an academic career, but the career of an artist,” he said, “because I’ve always exhibited and collected. I’ve been blessed to have come from a family where my mother was a domestic, and my father worked in a factory, to have come that distance to do this. It’s quite a journey.”