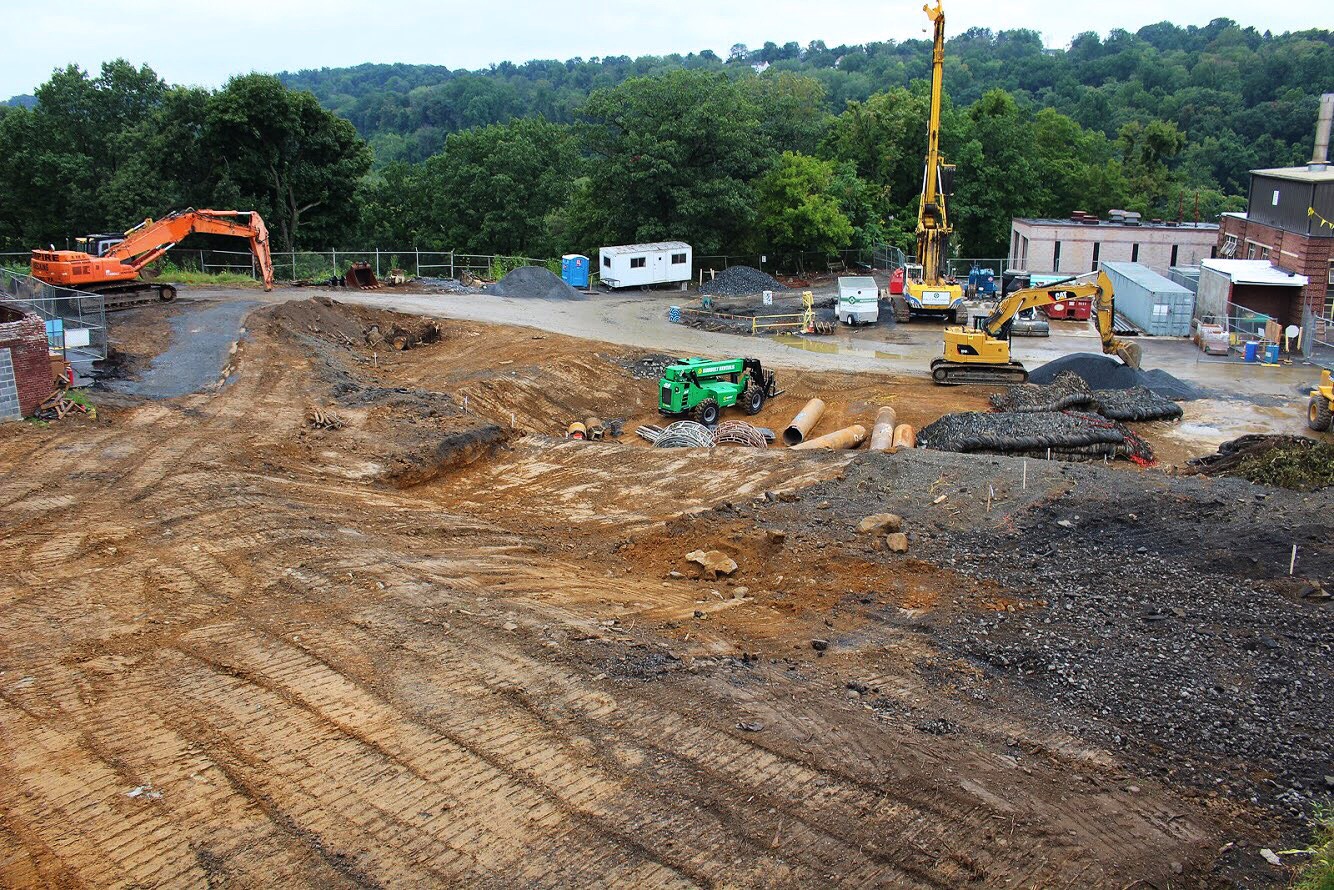 While returning from the summer break, students driving up High Street were greeted by newly constructed medians with blooming flower beds, the construction of the Rockwell Integrated Science Center (ISC) on their right and the new March Hall temporary housing up the road as they drove past March Field.

The largest current project on campus is the ISC, which is expected to be completed and open by Fall 2019. Vice President of Finance Roger Demareski said the progress for the building is on schedule, and the foundation is expected to be started in the next month or two.

The ISC is only one of the many projects happening on campus, all occurring as a part of Lafayette’s expansion plan.

According to Demareski, if the McCartney dorm project goes through the construction approval process on schedule, it can be expected to be ready for residents by Fall 2019.

The school will present their plans for the project to the Easton Planning Commission Sept. 6. If passed by the commission, they will then be reviewed by the Zoning Board which must also approve them before the project can move forward.

In order to set the stage for the student population expansion, temporary housing had to be constructed in the March Field parking lot. After 7 weeks of assembling this summer, March Hall was built and is now home to 52 students. The college expects it to remain on campus for no more than two years, according to Demareski.

These dorms are equipped with all the amenities available in other residence halls including security, fire alarms, laundry, kitchens, common rooms and even air conditioning, which not all dorms have.

“For what it’s meant to be — temporary— I think it came out very nice,” Demareski said.

According to Demareski, while there are still voices of disagreement from community members, he feels the expansion and construction will benefit College Hill and its residents.

Demareski said that the $1.1 million grant the college received from the state to improve pedestrian safety will be a priority of the college that will benefit the community greatly.

The departure of public safety from the basement of Marquis Hall was necessary for the remodeling of the space for use by departments currently housed in Markle Hall.

“We’re renovating the lower level of Marquis, and that will be the new space for finance primarily to free up space in [Markle Hall] for the admissions and development staff,” Demareski said.

Expanding the student body will also entail the addition of academic staff, some of whom will be placed in Hogg Hall, Demareski said. The Office of Campus Life has left Hogg Hall in preparation and relocated to the Feather House, located at the corner of College Avenue and Cattell Street. The communications office vacated Feather House last year when they moved downtown to the Alpha Building.

While preliminary steps for the projects have begun, there is no finalized financial plan for McCartney dorm project, as it is still undergoing planning and zoning approvals from the city.

“[We have an] overall sense of the project budget, but it really needs to be refined as we get through the rest of the process,” Demareski said.