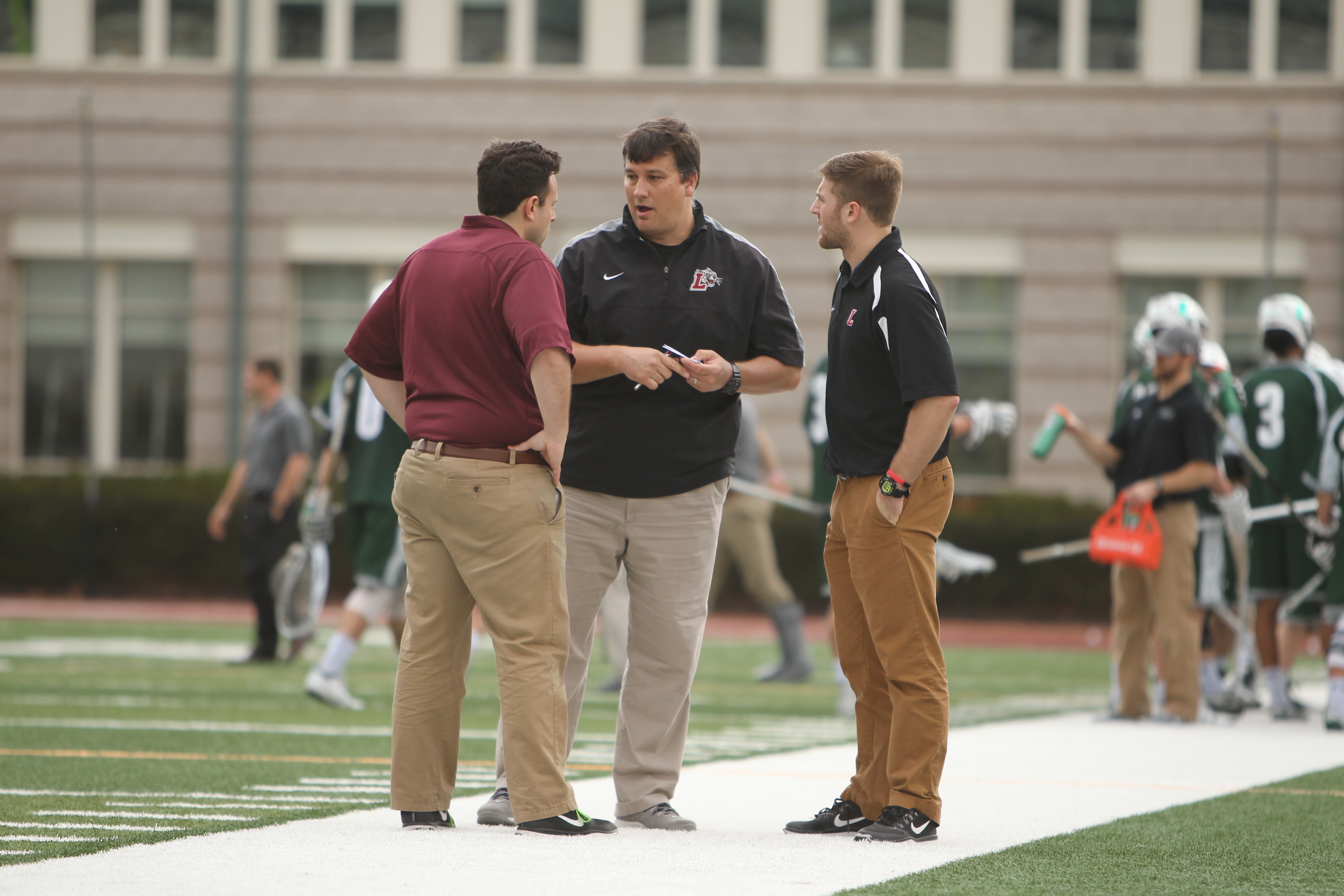 Assistant coach Ed Williams will be the interim head coach for the Leopards this year, his fifth with the team. Williams was previously defensive coordinator.

“I want to thank the administration at Lafayette for their support over the last five years on College Hill,” Rogalski said in an interview with Go Leopards. “I want to extend a special thanks to the student-athletes, alums and families that I have had the pleasure to work with. It has been an honor to lead the program and I truly value the relationships that have been built. I’m excited for the opportunity ahead and wish Lafayette and the men’s lacrosse program the best going forward.”

Rogalski was the 19th coach in Leopards lacrosse history.

“Coach Rogalski did a great job of developing a culture within the men’s lacrosse program that emphasizes working hard and doing the right thing even when no one is looking,” Director of Athletics Bruce McCutcheon wrote in an email. “The young men on that team are excellent ambassadors of Lafayette.  We were very sorry to see Jim go, but he has an excellent opportunity at Michigan and we wish him and his family well.”

Rogalski completed four years with the Leopards, a span during which the team went 3-29 in Patriot League play. His overall record with the team finishes at 14-54.

Rogalski’s legacy with the Lafayette lacrosse team will be remembered in his hard work and his connection with the team, according to junior goalkeeper Jonathan Anastos.

“Coach Rogalski called me out of the blue this summer to check and see how I was doing,” Anastos said. “It was totally unexpected, but genuine and I appreciated it very much. This showed his great character and that he cares about his players both on and off of the field.”

“For me, to perform well [on Senior Day] and honoring the seniors specifically meant a lot to this senior class, given that we were Coach Rogalski’s first recruiting class,” said Matt Cortese ‘17 in an interview in April after the game on Senior Day.

“Coach [Rogalski] saw the potential in the current players that he recruited and there will always be a special bond because of that,” Anastos said.

Coach Rogalski’s impact on the team will remain, even with him at Michigan.

“Coach has instilled a higher expectation of upholding the culture of the program,” said Cortese in April.

Interim head coach Williams will bring his experience with the program into his new position.

“Coach Williams has been in the program for long enough to understand the ins and outs of Lafayette lacrosse,” Anastos said. “Although he has primarily focused coaching the defensive side of the field the past few seasons, he understands the game as a whole.”

The Leopards will look to take the coaching changes in stride and improve upon the 2017 season.

“Although our team will operate differently with a new coach, our main goals as a program remain the same,” Anastos said. “We have a tremendous group of upperclassmen that will help guide this program in the right direction and I am confident in our coaching staff to lead us every step of the way.”

Anastos said that he hopes the coaching change will be a step towards more victories for the team.

“Our program has not had the success that we hoped for over the past few years so a change in coaching will provide a fresh look for our players. The new era of Lafayette Men’s lacrosse starts now and I am excited to be a part of it,” he said.

The team will prepare for its spring season and look to improve on a 2-12 (1-7 PL) record.