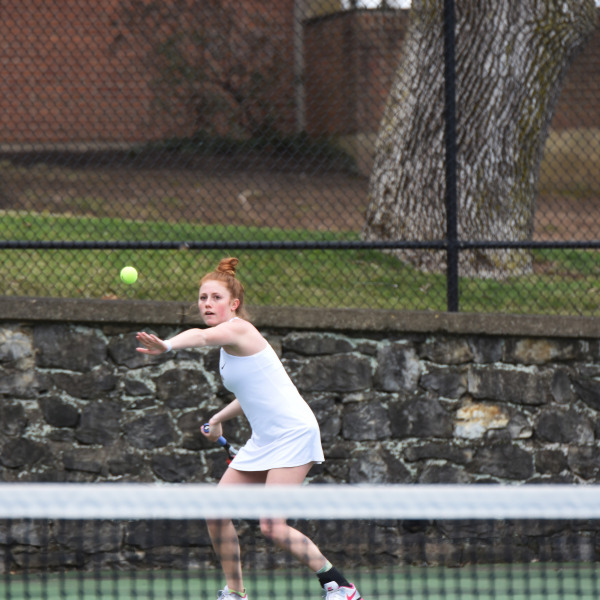 Lafayette ended its season valiantly in the Patriot League Tournament, taking down Holy Cross with ease before surrendering to the top-seeded Army.

The Leopards stormed into the tournament, taking all but one match from Holy Cross. Senior Tori Almeida and freshmen Grace Conrad and Meredith Block won their singles matches, and senior Rocine Mochella and freshman Katie Hill led their matches, which did not finish.

Lafayette took both of the doubles matches that finished on the productive day. It was an impressive start to the tournament that saw the Leopards take all but two of the sets that finished. The score on the day was 4-1 in favor of Lafayette.

Unfortunately, the success did not continue when Lafayette moved on to face the #1-seeded Army in the second round. The Leopards were unable to win a single set as Army took all of the singles and doubles points in the match.

For seniors Rocine Moschella, Tori Almeida, Megan Reiling , Lauren Tracy and Gabby Montes, it was the last match of their college careers.

The team returns next fall with three rising sophomores who have already been competing in singles matches for the team. Freshmen Grace Conrad, Katie Hill and Meredith Block have all played their way into starting for the team regularly.

With these three players returning, and a pair of sophomores too, Lafayette looks to build on a solid core to improve on its 7-16 record on the season.

In Patriot League play, the team won just one if its seven tilts. The toughest test for the team will be to rebound from losing half of the team to graduation. The young core of the team has shined in victory, as five of their victories saw them drop just one point or fewer.

The round one victory in the Patriot League Tournament instills hope that the team can break through with an even better record next spring.