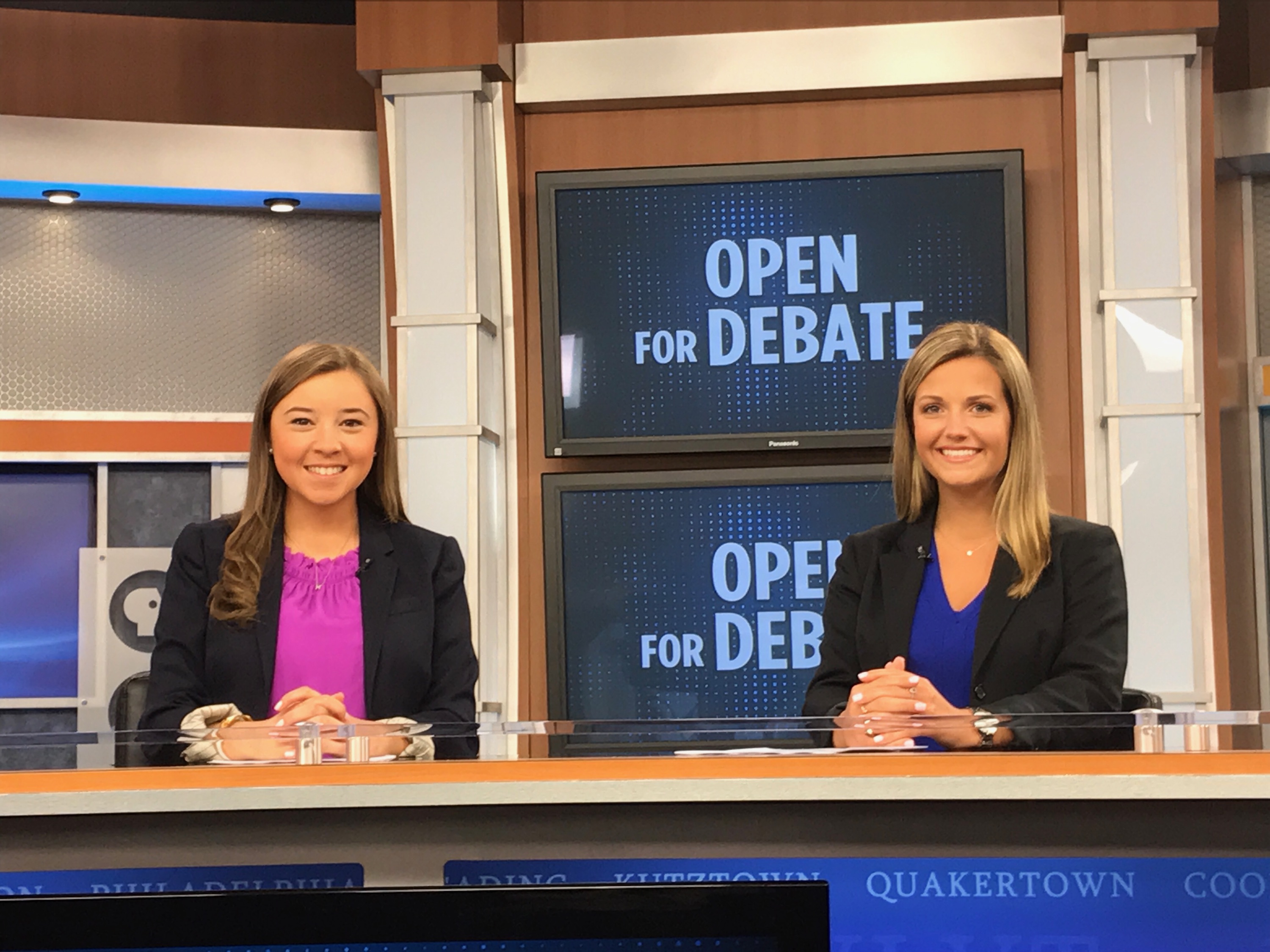 Just before primetime on Tuesday, PBS Channel 39 aired the Policy Studies program’s newest broadcast: the first edition of “Open for Debate.” Students got the chance to guide viewers for a half-hour through the topic of gene-editing and its implications on medicine.

The televised segment, titled “Editing Life,” takes a closer look at CRISPR-cas9, a new gene editing technology co-discovered by University of California Berkeley scientist and professor Jennifer Doudna. Hannah Doherty ‘19 and Danielle Wolff ‘17 sat down with Doudna for an interview on the newfound technology.

Doudna told the students that she hopes CRISPR-cas9 will be used to treat genetic diseases like Cystic Fibrosis in five to ten years. Currently the technology is being used in various clinical trials for cancer patients.

Personal accounts from families who have suffered from genetic diseases offered varying outlooks on gene editing. Reporting students conducted interviews with families affected by Cystic Fibrosis, Multiple Myeloma and other diseases. Some families considered how the technology might be used to better their lives, while others thought that it was safer to avoid its use and hope for the best.

The episode features other interviews with professionals from Lafayette who work in fields that gene-editing technology could affect in the future.

The gene-editing technology’s uses for non-human organisms was also brought up in the segment. Kim Howie, a certified Health Coach in the Lehigh Valley area, talked about how it could be used for genetically modified foods.

Policy studies professor Nicole Crain served as the executive producer for the broadcast. According to Crain, she worked with Laura McHugh from PBS39 to help make sure students met PBS’s standards for quality and unbiasedness. McHugh previously worked with Lafayette on the  “First Vote in a Polarized Age” broadcast, which was live on election night in November.

“My job is just to make sure the students succeed and to set them up for success. The students decide what topic, they find out who has expertise, they contact people and conduct the interviews, film them and then edit everything,” Crain said.

According to Crain, the interview with Doudna was made possible through a connection within the college.

“We were really fortunate. A trustee here, Dr. Donald Morel, is also on the Board of Trustees at the Franklin Institute in Philadelphia and he had mentioned that Doudna was coming, so when she was there, we were able to have an exclusive interview,” Crain said.

According to Nicole Crain, policy studies professor Mark Crain’s upper level policy studies class came up with the topic for the episode. However, students from across campus were involved in creating it, including engineering and neuroscience majors.

The “Open for Debate” segment was co-hosted by Policy Studies majors Natalie Gosnell ‘18 and Hannah Doherty ‘19, who have both been previously involved in broadcasts like “Lafayette Lens” and “First Vote in a Polarized Age,” the election broadcast that premiered earlier this semester.

“I think through working with PBS and other students for this first edition I’ve really learned the importance of personal and collaborative hard work. The entire process is so rewarding, and it’s one of the reasons why working with PBS has been my favorite experience at Lafayette,” Gosnell said.

Crain said she hopes to make more segments of “Open for Debate” in the future but for now is focusing on celebrating the completion of the first episode. The series focuses heavily on business technology and science.

The broadcast premiered Tuesday, but will also air Friday, Sunday and Monday. The broadcast will shortly be available on YouTube.