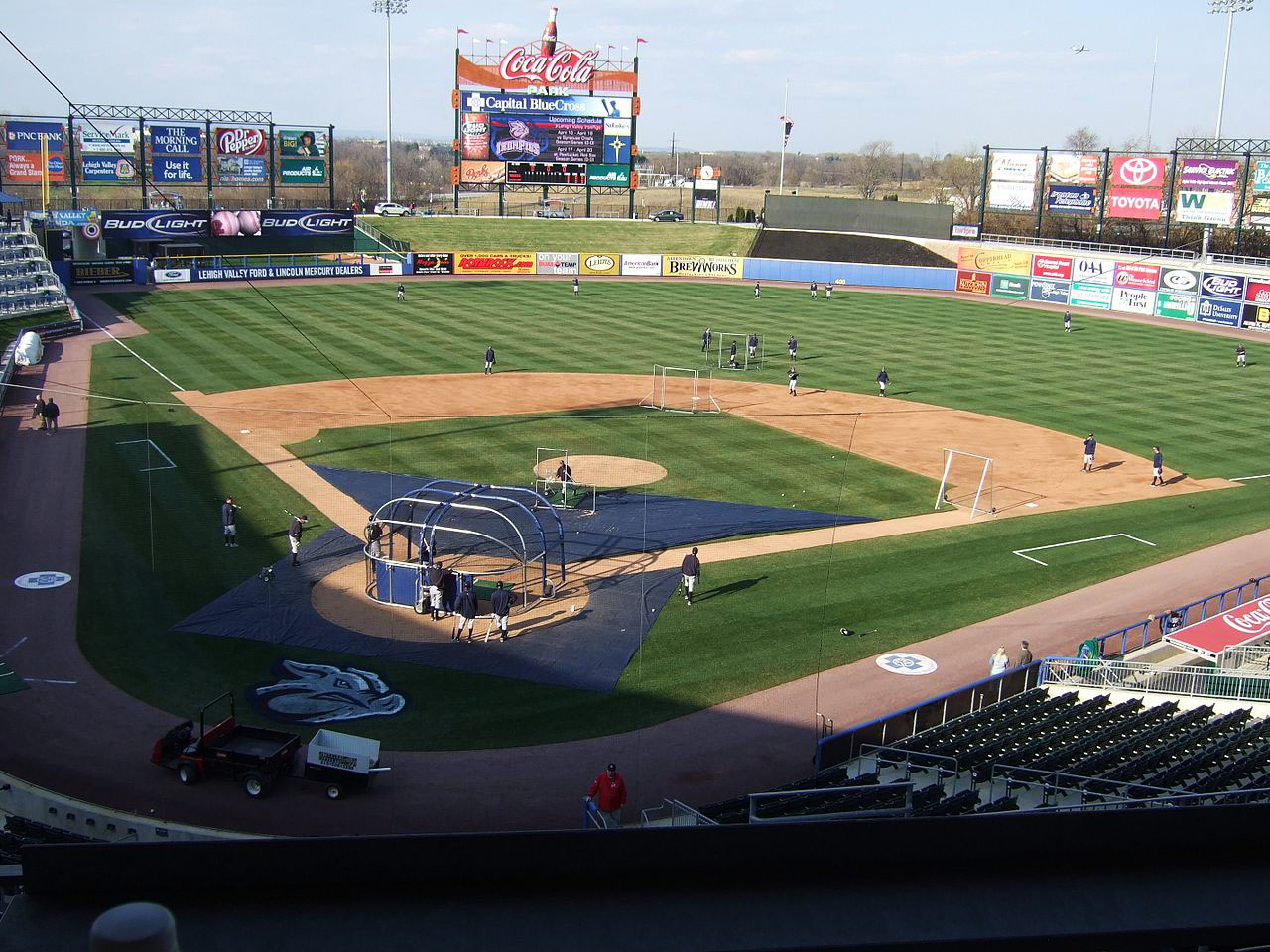 Coca-Cola Park, home of the Ironpigs. (Courtesy of Wikimedia Commons)

While Lafayette teams’ seasons come to an end, students might wonder about other nearby teams they can root for. The Coca-Cola Park in Allentown, the Home of the Lehigh Valley Ironpigs, offers this opportunity.

The Ironpigs, a Minor League Baseball Team, compete in multiple games each week. While some are further than others, their home field in Allentown is just a 20-minute drive away.

While most students are too busy to become dedicated fans, an Ironpigs game at the Coca-Cola Park is the perfect weekend day trip with friends or a significant other.

Opened in 2008, the baseball park seats almost 10,000 fans and features various areas for socializing. Upon its opening, the park became very popular amongst Lehigh Valley locals. According to the Coca-Cola Park’s website, not only does it have the longest active streak of 600,000 or more fans annually in Minor League Baseball but the park has also led in per-game attendance since 2008.

Within the International League North, which consists of teams such as the Rochester Red Wings, the Syracuse Chiefs and the Buffalo Bisons, the Ironpigs currently hold a record of 13-11. The Ironpigs’ record puts them third behind both Buffalo and Rochester.

Ticket prices for an Ironpigs game in the main seating area range anywhere from $7 for a general admission ticket on the lawn to $25 for an IronTicket, which includes a field level seat and $20 worth of Ballpark Credit to purchase food or retail at the park.

According to the Coca-Cola Park seating chart, large groups can even rent out The Pig Pen, an exclusive seating area located in the left field. Tickets in the Pig Pen are sold for $20 per ticket.

According to the Ironpigs’ schedule, the team will be away playing the Buffalo Bisons this weekend but will return to Allentown on Monday for their game against the Rochester Red Wings. For students looking for an evening study break during finals week, the Ironpigs will play Rochester at 7:00 p.m on Monday, Tuesday and Wednesday.