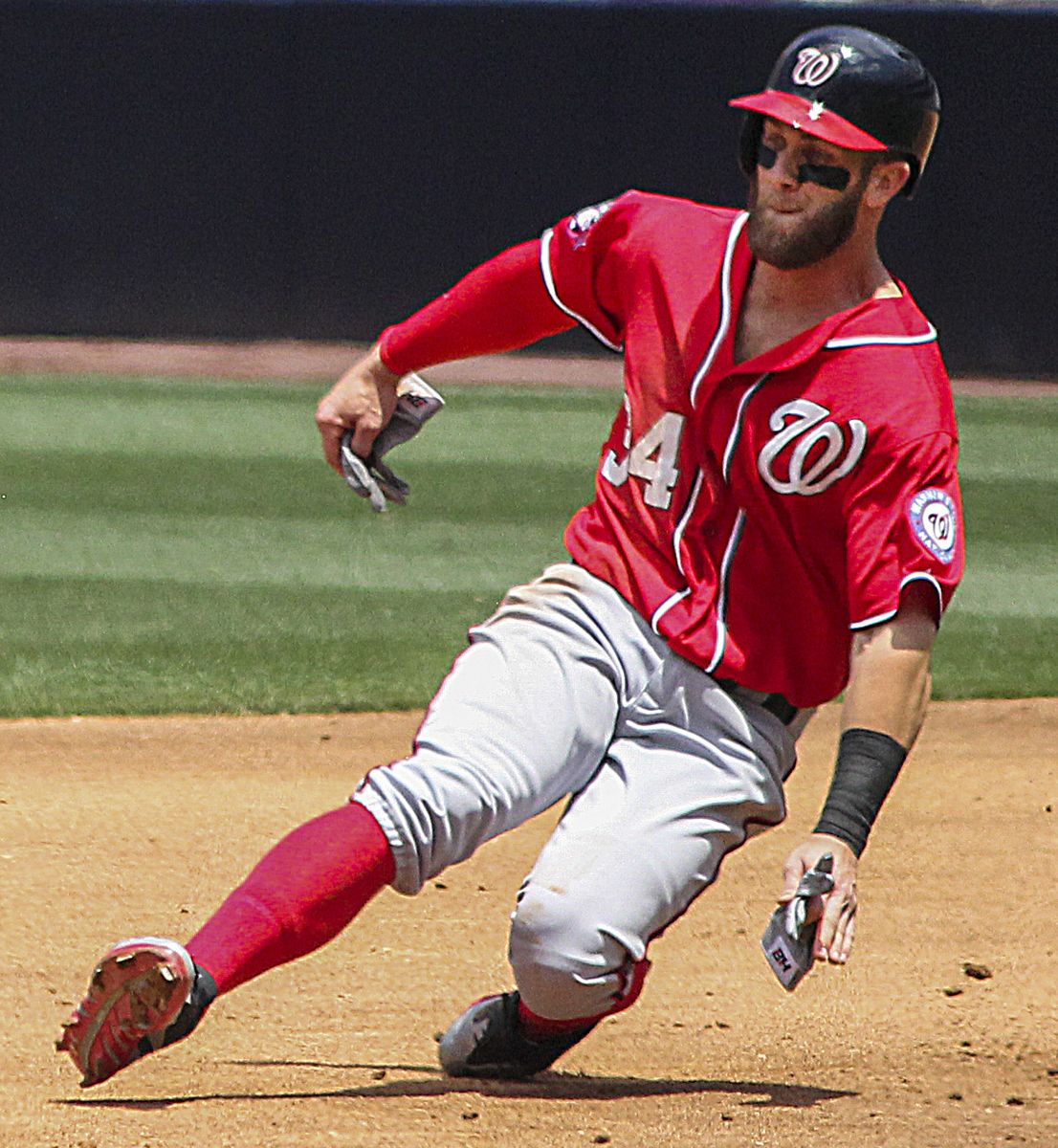 Bryce Harper is one of the few recognizable stars in the MLB (Courtesy of Wiki Commons).

Baseball is known as “America’s Pastime.” Be it the atmosphere of a ballpark on a warm spring day, the scent of hot dogs protruding the air, or the sounds of the vendors trying to get you to buy overpriced peanuts – there’s something there for everyone. It’s what made baseball fun and exciting for so many years.

Unfortunately, America’s Pastime is struggling with a bit with being America’s present, and a lot of that has to do with the lack of star power around the league.

It’s not necessarily that baseball is talent deficient. In fact we’re seeing pitchers strike out batters at one of the highest rates in leagues history, while also seeing a sharp increase in home run percentage that hasn’t been seen since the late steroid-era. The problem lies with the MLB’s marketing, namely their inability to stay current.

ESPN recently released their “world fame” list, which lists the top 100 most popular athletes around the country for all sports. Out of 100 possible spots, only six of them are baseball players, with the highest ranking being Bryce Harper at number 71 – just behind retired NFL quarterback Tony Romo. We know great players in the league exist, but if you were to mention some of the better player’s names to some of your friends who aren’t that invested in the sport, they may be unsure of who you’re talking about.

For example, everyone knows Derek Jeter, even though he retired a couple of years ago. But how many of your friends who don’t follow baseball that closely would know Francisco Lindor? Lindor was a huge part of Cleveland’s trip to the World Series, batting over .300 during the regular season and showing some extra power during their postseason run, and at 22 years old the sky is the limit for him.

Let’s take a look at phenom Aaron Judge for the New York Yankees. After spending a few years in the minors as a highly touted prospect, Judge has come into this season guns blazing, leading the Yankees in home runs while hitting a surprisingly solid .280 and leading the rebuilding Yanks to a modest record and second place in the AL East.

With a great influx of talent like this, we should be seeing these guys be more publicized and baseball should be experiencing some sort of renaissance again. We’re seeing quite the opposite, however. For MLB The Show ‘17, a baseball video game, what kinds of names would you expect to be on the cover of the game? Mike Trout? Bryce Harper? Clayton Kershaw? Those stars would make a lot of sense, as they have been dominating this era of baseball, but none of them got the honors of being on the cover. Instead, Ken Griffey Jr., a former all star and fan favorite, is going to be on the cover.

I love Ken Griffey Jr., but there’s a problem when MLB’s most marketable player was a star 20 years ago, and that’s something that must be addressed if the league wishes to stay relevant.