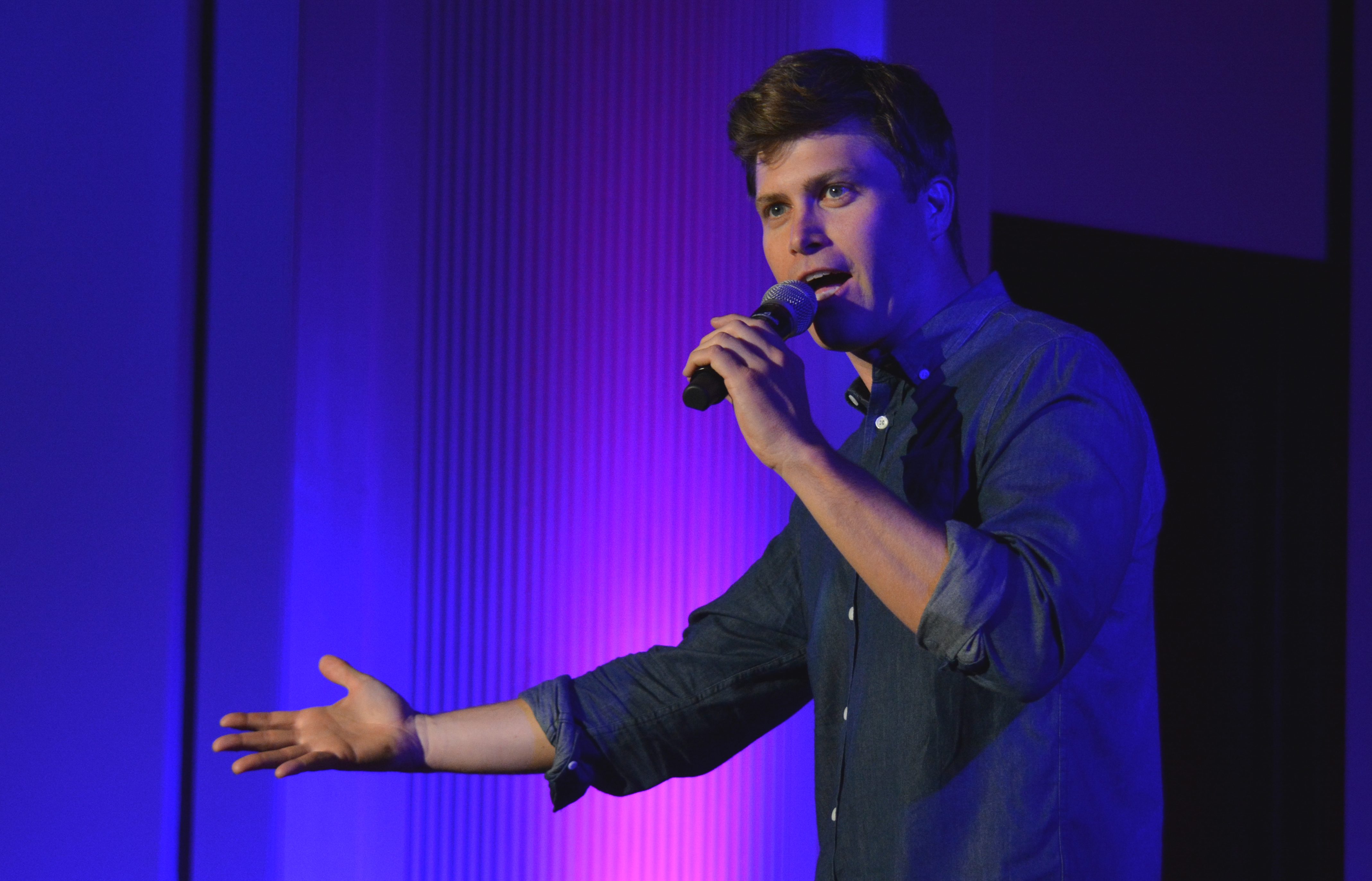 “Even the grocery stores in New York stay open later than the bars in Easton.”

Comedian and Saturday Night Live Weekend Update host and writer Colin Jost decided to pick on Lafayette in his opening on Wednesday.

Jost did his research on Lafayette, starting with jokes about “what’s happening” on campus, including jokes about the hot air balloon and the Crayola Factory.

Jost became a writer for SNL shortly after graduating from Harvard University and was the show’s head writer from 2012 to 2015. In 2014, Jost replaced Seth Meyers as the Weekend Update host.

Jost did not talk about SNL until later in his performance. Instead, he tried to relate to the crowd, gaining insight about student’s majors and even asking about what dating apps they use. His stand-up did not have as much of a political focus as fans might be used to seeing on Weekend Update.

“I was never necessarily a political person,” Jost said in an interview. “Issues really interest me, but the idea of politics and the machinations of politics are not very interesting to me.”

Jost does not plan to do political comedy after SNL, nor does he necessarily plan to follow the track of many of his Weekend Update predecessors. Previous hosts Jimmy Fallon and Seth Meyers went on to host late night talk shows.

“I’m very lucky to work [at SNL] and I feel like it’s [creator Lorne Michael’s] show,” Jost said. “He created it, so whatever I do next, I want to feel like it’s mine and it’s specific to me and kind of a new take on what’s out there.”

Since Jost first started as a writer on the show in 2005, he has written countless jokes and worked with countless celebrity hosts. Jost shared that he prefers those jokes that stand the test of time, the ones that don’t need political context.

While Jost is most known for his time at SNL, he has been involved in other comedic endeavors throughout his career. A Staten Island native, Jost wrote the movie “Staten Island Summer” in 2015, and he does not think it will be his last dip into film.

“I’m working on a screenplay. I’ll definitely get into some movie stuff,” Jost said in an interview. “Writing, acting in things, down the line maybe producing or directing things. That’s definitely a world I’m interested in.”

“There’s people that Che and I have talked about that we really would love to have on in some way and certainly will have SNL cast members on, which is great,” Jost said in an interview. “We’re getting through this season, and then I think ideas will start percolating.”

At the event, Jost had to hold for laughter from the audience, who nearly filled the pews of Colton Chapel. His opener, Mike Recine, did not receive the same response. Audience members quickly became offended by some of Recine’s comments about minority groups and yells from the crowd suggested that Recine get off the stage.

“I think that the opener really just verbally attacked many communities that he wasn’t a part of,” said Ayat Husseini ’20. “I don’t think that you can fully understand someone’s experience without living through it. I think a lot of what he said, he said it to be funny, but it didn’t feel like it was coming from a place of just being funny. It felt very hurtful.”

Although LAF organized the event and brought Jost to campus, Jost himself chose to bring Recine. Despite the reaction to Recine, LAF was excited to have Jost on campus for their final major event of the semester.

“We’ve kind of always floated this idea around of bringing Colin, but it’s never really happened,” Director of Culture Media and Entertainment for LAF Chanel Mowatt ’17 said. “This year, it’s our final big event and we decided, ‘Let’s just go for it, see if it works out,’ and it happened and we’re glad everyone enjoyed it.”

Jost has been performing at colleges during many of his weeks off from SNL. The interest in this type of audience originated from his desire to reach many different types of people. His openness to differing venues and ages of his audiences has allowed him to gain exposure to places he hasn’t previously been to – including Easton.

“It’s cool to meet people who are in college and know what they’re thinking or talk to them a little bit,” Jost said. “I always wanted to just reach a lot of different people or see how different material works with different crowds. It’s kind of a good challenge.”