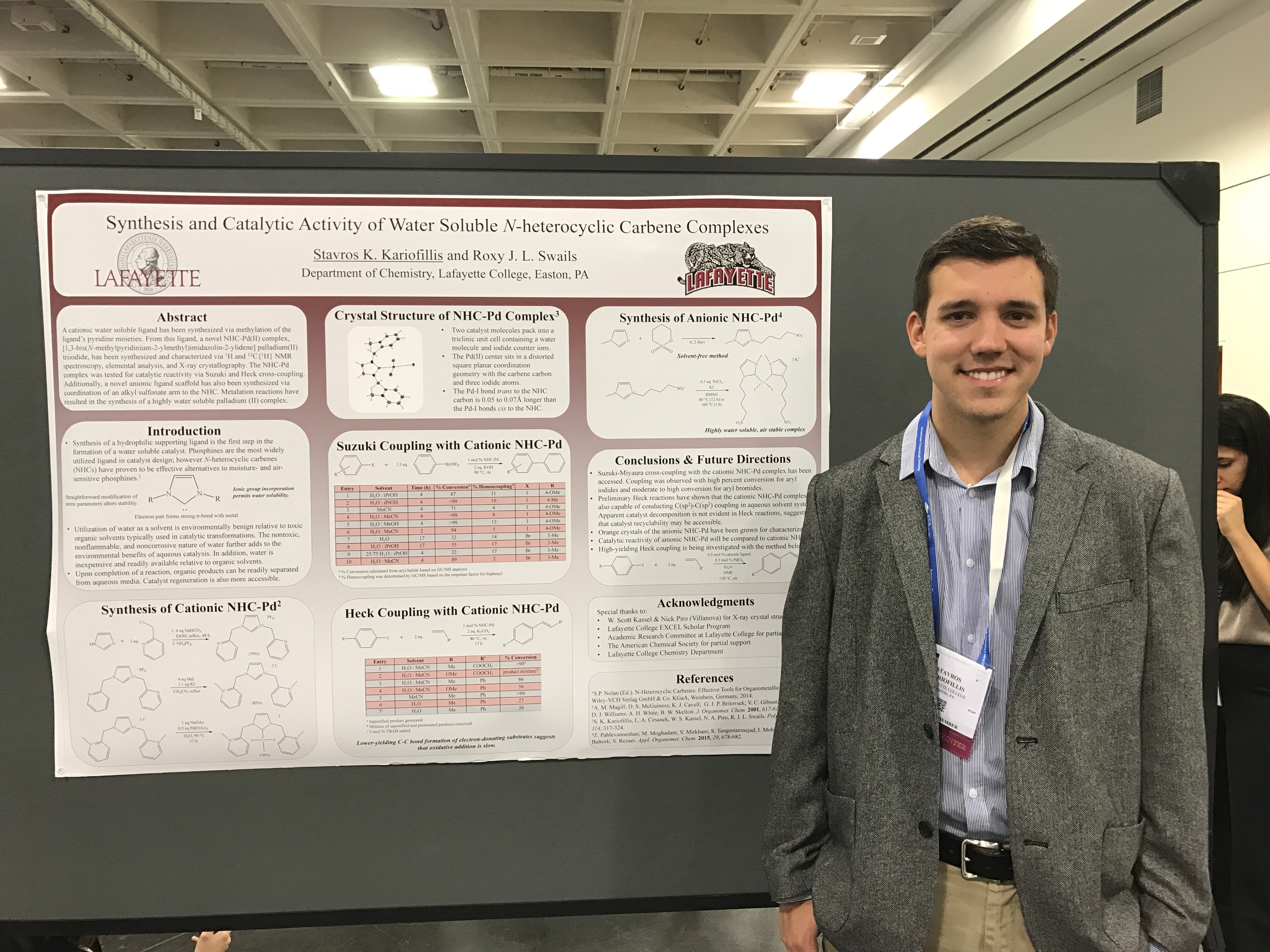 Several Lafayette seniors have secured scholarships and fellowships through competitive processes that will take them across the world and throughout academia after they graduate in May.

Sadie Lebow ’17 received a Fulbright scholarship, and will be moving to Greece for ten and a half months to teach English and coach speech and debate, and then plans on attending graduate school.

“I was really drawn to the mission of Fulbright. I think that cultural immersion is really important especially in the world we live in now,” she said. “The grant was a combination of all my interests, my interest in international affairs, English, my interest in literature, my interest in forensics. It was kind of perfect.”

“So much of what I’ve done, in [high school and] college too, the training that I had through speech and debate. …When I realized that that [speech and debate] was also part of the grant I got really excited about that,” she said. “Greece as a whole I’ve become more and more interested in with ancient and classical art and architecture.”

Last August, Ian Morse ’17 decided he wanted to pursue a Fulbright scholarship to travel to Indonesia. Like Lebow, he was successful and will be teaching English to children of middle school and high school age in the 17,000-island country after he graduates.

He said in applying for the scholarship he wanted to get away from the Western world and be in a place he has never visited.

“Indonesia is a place I’ve never been to,” Morse said. “It’s geopolitically relevant, it’s culturally relevant. It’s the fourth biggest country in the world and the biggest Muslim country. I was really interested [in going there], because I knew nothing about the place. I thought maybe I could leverage some of my interest in language and foreign places to get that English-teaching assistantship.”

“I really like exploring things that I have no clue about,” he added.

Morse said outside of Lafayette’s fellowship office, the college really didn’t help him get to where he is today.

“It’s less that Lafayette refused to help me, it’s more that I just went independently,” he said.

Stavros Kariofillis ’17 said that Lafayette’s resources have been hugely instrumental in his experience. He received a spot in the National Science Foundation Graduate Research Fellowship program to do research in biochemistry at Princeton University.

“I think Lafayette prepared me a lot,” he said. “We have really great faculty here. When I do my research and when I publish a paper it’s me who did the research, it’s me who figured stuff out and was in the lab doing things. Obviously, there’s my mentors guiding me, my professor, but I don’t have…a graduate student.”

“I’m not just washing the dishes for somebody,” Kariofillis said. “I’m actually having to do the research myself.”

McSherry is pursuing a degree in chemical engineering at the University of Michigan with his NSF fellowship. He said that having his own funding for research in graduate school will allow him to take his research in the direction he wants.

“If you have your own funding going into that, you are less pressured by your advisor to meet deadlines for their own grant writing,” he said. “If there is a really awesome, novel idea that is really cool, but the professor hasn’t secured funding for it, then you can be that person [to research it].”

McSherry said that the chemical engineering department has been a great part of his experience.

“I’ve been incredibly fortunate,” he said. “[The chemical engineering] department itself is so close knit. And they provide so many opportunities for us students.”

“My first internship with the startup company was actually through my professor’s husband,” McSherry added. “That was just one connection that I was able to make easily by being in the department career services and Lafayette has great industrial connections so they’ve also influenced and given me the opportunity to work for a large corporate company.”

Full disclosure: Ian Morse ’17 is the managing editor of The Lafayette. He did not edit this article.