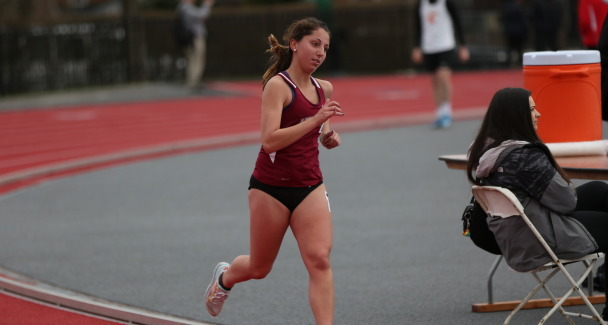 This past weekend, the track and field team competed in both the Greyhound Invitational at Moravian College and the Bison Open at Bucknell University in an effort to tune-up before the Penn Relays next week.

The Penn Relays are the largest and oldest track and field competition in the United States. An annual event since 1895, the Penn Relays attract more than 15,000 college and high school participants competing in roughly 300 events over a five day span. In order to prepare for the world famous competition, the Leopards have participated in several meets to tune-up their performance.

At the Greyhound Invitational on April 14, the Leopards had a strong showing with six top-five finishes. Junior Michael Thorne finished second in the pole vault by clearing the bar at 15′ 5″, while sophomore Harvey Situ cleared at a personal record 14′ 11″. Senior Austin Wiles finished fourth in the high jump, while junior Matt Beck and freshman Brendan Doyle finished in sixth and seventh, respectively.

For the women, senior Mara Blanchard had two top-ten finishes – seventh in the 100m and third in the pole vault. Freshman Tracy Kurdziel set a personal record in the discus with a distance of 119′ 01″, which was good enough for fourth in the event. Junior Morgan Nobles finished second in the 3000m steeplechase with a time of 12:13.95.

On Saturday, the team traveled to Lewisburg, Pa. to compete in the Bison Open. The men finished 11th out of 18 teams, while the women finished 20th out of 20.

Junior Dave McGriff had a solid day, placing second in the discus, eighth in the hammer and 16th in the shot put. Senior Patrick Corcoran finished 13th in the shot put, with a personal record throw of 49′ 1″.

On the women’s side, junior Alexa Kwapinski finished seventh in the 1500m with a time of 4:44.54 and sophomore Emily Moore placed seventh in the 10000m with an ECAC qualifying time of 35:50.19. Junior Jennifer Salvatore, who competed in the same event as Moore, finished with a personal record time of 38:24.08. Moore’s time was the second best in school history while Salavatore’s was good enough for sixth best. Salvatore’s time was not the only personal record on the day, as senior Kelly Reager set one of her own with a time of 2:15.23 in the 800m.

While most of the team was in Lewisburg, junior Sam Cutrone and freshman Tyler Hubeny competed in the Mondschein Multi at Kutztown University. Cutrone finished in sixth with a personal best 6,127 total points in the heptathlon, while Hubeny finished 14th with 5,601 points.

Next up for the Leopards is the Larry Ellis Invitational on April 21 in Princeton, NJ. On Saturday, they will then take part in the All-American Invite in East Stroudsburg, Pa., before heading to Philadelphia next weekend to take part in the Penn Relays.