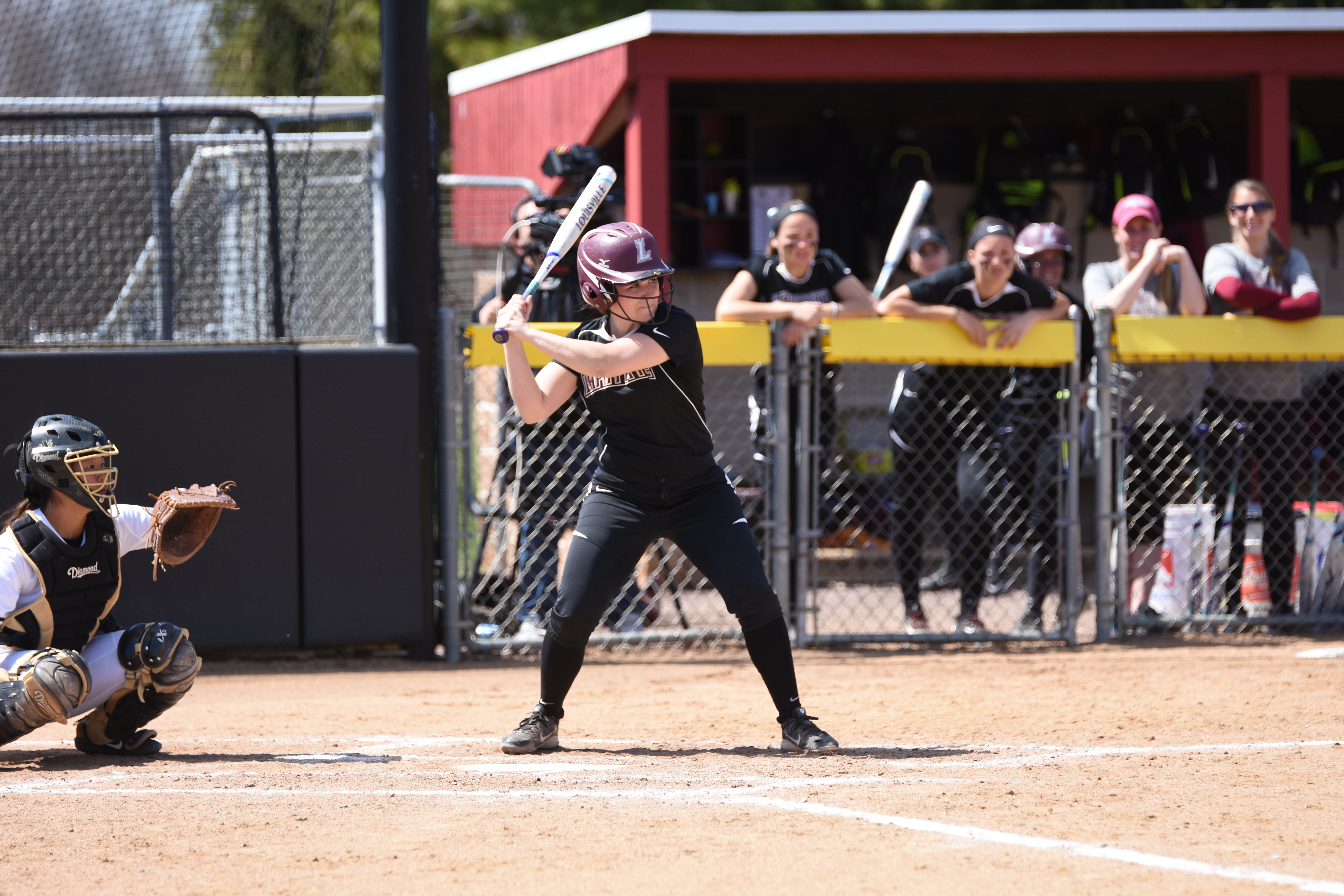 Stephanie Thomas ’18 at the plate. (Photo Courtesy of Athletic Communications)

After starting on what some may call a low note to their Patriot League schedule, the softball team was able to bounce back against Colgate to win their first conference series of the season, taking two of three games.

Following a change in the schedule that moved the games from Saturday-Sunday to Friday-Saturday, the Leopards made the trip to Colgate on Friday morning for an afternoon matchup with the Raiders. A seven-run fifth inning gave Lafayette the 8-0 victory, their first mercy-rule win since 2011.

Freshman Mallory Kane and junior Stephanie Thomas had two hits a piece, with Thomas and senior Kristyn Marinelli each adding two RBIs. Thomas was also the winning pitcher on the day – shutting out the Raiders, allowing only four hits, striking out a batter, and walking no batters.

The Leopards faced the Raiders in a doubleheader on Saturday. In the first game, Colgate scored six runs in the first two innings, resulting in a 11-5 victory over Lafayette. Thomas went 2-3 from the plate, while Kane went 2-4. Senior Jenna Orlando added a run with her second career home run. Marinelli took the loss, surrendering four earned runs on eight hits.

In the final game of the series, Thomas again put on a performance, both offensively and defensively. The junior allowed just one unearned run on six hits, adding two strikeouts and not walking a batter. Offensively, Thomas doubled in the fourth inning, advanced to third on a single by sophomore Brooke Wensel, and then scored the winning run on a Colgate error. Wensel added a double of her own in the first inning and was brought home by a Marinelli RBI single.

The Leopards went on to take the final game of the series 2-1.

For her performance in the series, going 2-0 with a 0.00 ERA, Thomas earned Patriot League Pitcher of the Week honors.

With playoffs hopes alive, the Leopards will look to continue this success into the remaining series.

“We’re definitely playing some of our best softball I would say,” Marinelli said. “Which is a great time to peak, you know, in the middle of Patriot League play.”

Lafayette has yet to face Boston University and Holy Cross in the Patriot League – two teams that they will be competing against for the fourth and final spot in the conference tournament at the end of the season.

“The two teams we have to play yet are putting us in a great spot, we just have to do well against them,” Marinelli said. “I think that peaking at this time is definitely a good time to do so, when you are playing the teams that you’re directly competing against for that final spot.”