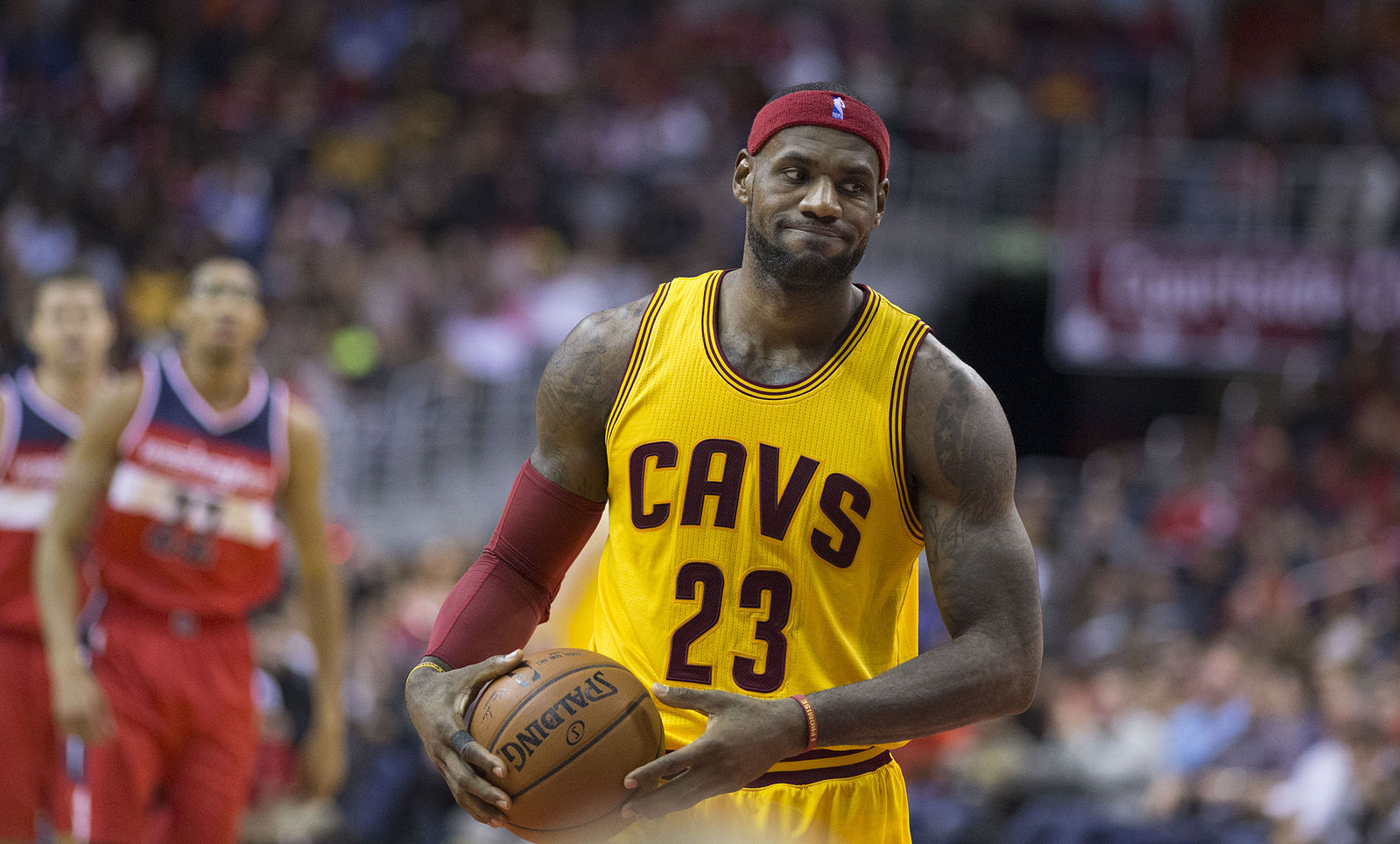 Lebron James is looking to go to the NBA FInals for the seventh year in a row. (Courtesy of Wikimedia Commons)

With the first few sets of games from the 2017 NBA playoffs already in the books, it’s easy to overreact.

The eighth seeded Chicago Bulls, a team many thought wouldn’t be able to sneak into the playoff race, are up 2-0 against the first seeded Boston Celtics, since they have the advantage on the glass and in the paint. We’ve seen LeBron (temporarily) quiet the haters with back to back wins against the Indiana Pacers. Still, these games were a lot closer in score than previously thought, so some fears still linger. We’ve also seen bounce-back performances from teams that surprisingly dropped their first game to a lower seed – the Los Angeles Clippers and Toronto Raptors. We’ve seen the pace slow down, games get more physical, and the rivalries build with each game. So the natural conclusion is that the playoffs are great, and we should sit back and enjoy the ride, right? Well, that’s not exactly the case.

With the conferences stacked in the way they are, with three of the top four teams in the NBA in the West, and middling teams duking it out in the East, it’s fair to wonder if making a change would be beneficial.

Take for instance the San Antonio Spurs vs. Memphis Grizzlies matchup in the Western Conference. The Grizzlies are known for their tough-nosed, physical style of play – something that normally translates to postseason success. However, they’ve lost their first two games of the postseason to the ever-mighty Spurs by a combined 43 points, scoring a mere 82 in both games. One can point to this and say they’re getting outworked by a better team, and that’s to protect the best teams in terms of seeding. After all, you don’t want to Golden State Warriors to go against the Spurs in the first round.

But, consider this: if we eliminated conferences from the equation, we’d be privy to more enticing first round match-ups. The upsets would be readily available and finals appearances to be based on actual performance, rather than luck in regards to where your team is geographically located.

Wouldn’t it be a lot more excited to see LeBron and the Cleveland Cavaliers potentially go up against some of the great teams in the NBA before the finals happen? Wouldn’t the semifinals of Cavaliers vs. Spurs and Houston Rockets vs. Warriors be a lot more exciting than the Cavaliers facing the Raptors again?

In such a top heavy league, it’s vital to the game to have those teams fight against each other frequently, as it makes for great viewership and entertainment. As it currently stands, we don’t really get to see that incredibly often. Some solid teams are trapped going up against behemoths in the first round, when they otherwise could be competing at a high level on an opposite coastline.

This new system would allow for the highest levels of competition and excitement, something that the NBA desperately needs if they want to remain a powerhouse in the sports world.

For me it is totally absurd.
You can not change all the history about the playoffs because in this moment we see more stronger teams in a Conference.
This things change every 5,10,… years.

In the 80s by example we saw in the East to very strong teams as Celtics, Sixers at beginning and few after ((mid-end 80s) another strong teams like Pistons or Bulls.
¿The West? Lakers, Lakers and Lakers 🙂

I repeat, you can not change the system because in a period we see stronger teams in a Conference.