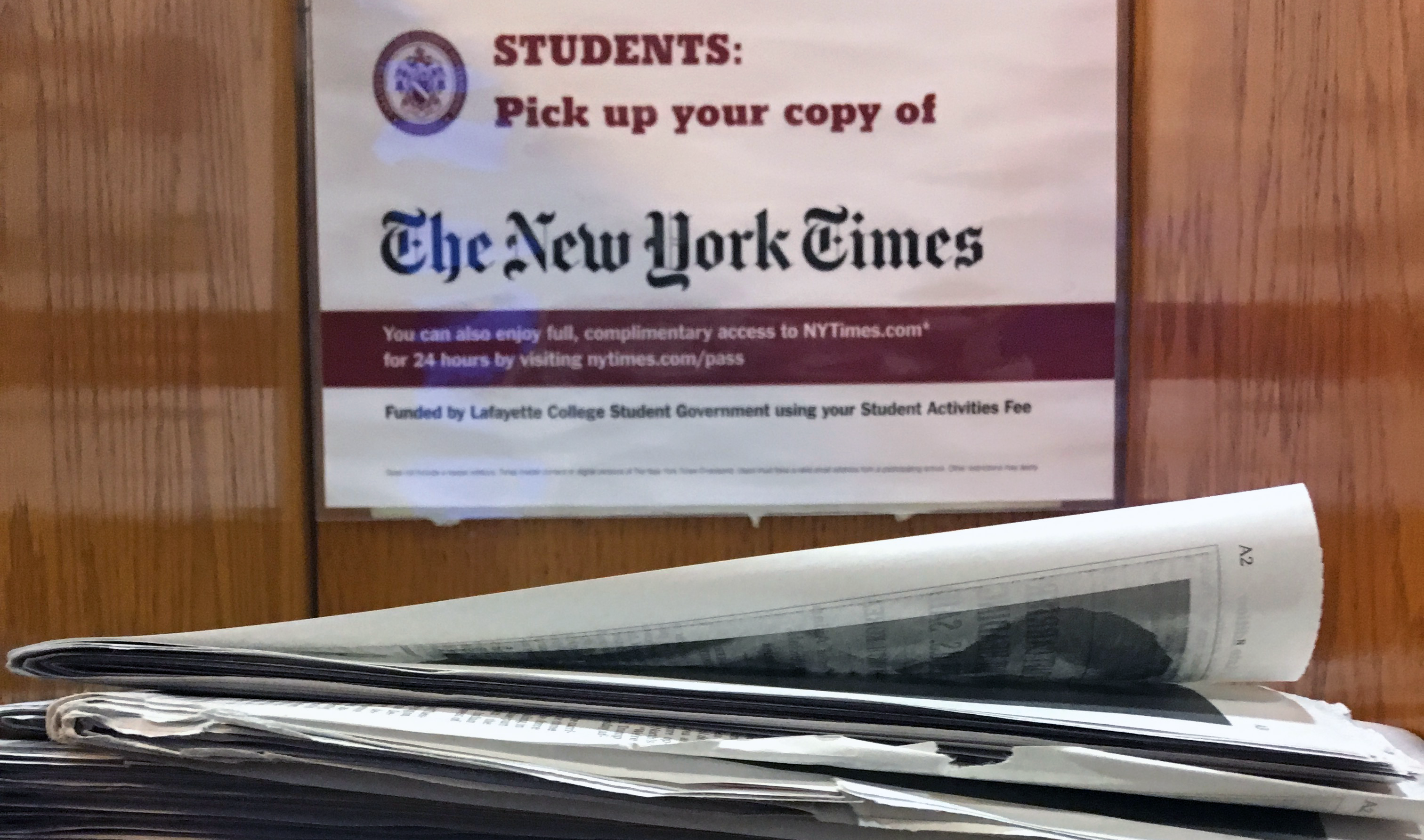 Student government unanimously passed a motion on Wednesday night to move to an online-only subscription of The New York Times for all students, abandoning print copies of the paper altogether.

Receiving paper copies to Farinon costs roughly $9,000 currently, and the new plan with student subscription for all students during the academic year would cost $12,000. But that number would be split evenly between student government and the library. That way, $6,000 is covered by the library’s budget and $6,000 by student activities fees.

The decision comes after student government received an email from the Times that said prices were rising.

“Before, [the price of a printed newspaper for Lafayette] was 70 cents and now it would be a dollar. Which, in the grand scheme of things, it is a big increase from what we were paying,” said representative Pascual Ventura ‘19, who is leading the effort on behalf of student government.

Acting Dean of Libraries Terese Heidenwolf said the change should be in effect in time for next semester.

Ventura said that the student government would be able to allocate more funds to other student organizations.

He added that an online version is easier for students to access and falls in line with sustainability initiatives.

“It would decrease our [carbon] footprint,” he said. “Because we’re trying to become more eco-friendly as a school. So that would eliminate all the paper that was not being used, or wasn’t given the proper treatment. And second of all…it would be so much easier to just have on your phone, or on your computer.”

The student government met for the first time with Heidenwolf last Friday to discuss splitting the cost of the subscription.

Although the library and student government have yet to officially agree on this new arrangement, Heidenwolf said she is optimistic.

“I’m really happy that they contacted us, because it would be nice if we could provide the access to the New York Times’ website to the whole campus in some easy way,” Heidenwolf said.

Students can access the Times’ website for free through a portal tracking Lafayette email addresses. Only between five to 10 students use this method every day, according to student government.

Student government president Bilal Akbar ’18 said that it is “distressing” that so few students are using the portal, but Ventura said that the current program “wasn’t really broadcasted or marketed the right way.”

Ventura said he thinks that this online access would also encourage more students to read it on a daily basis.

For people who prefer the physical paper, the library still plans on paying the subscription for three hardcopies of the paper available to anybody who walks in.