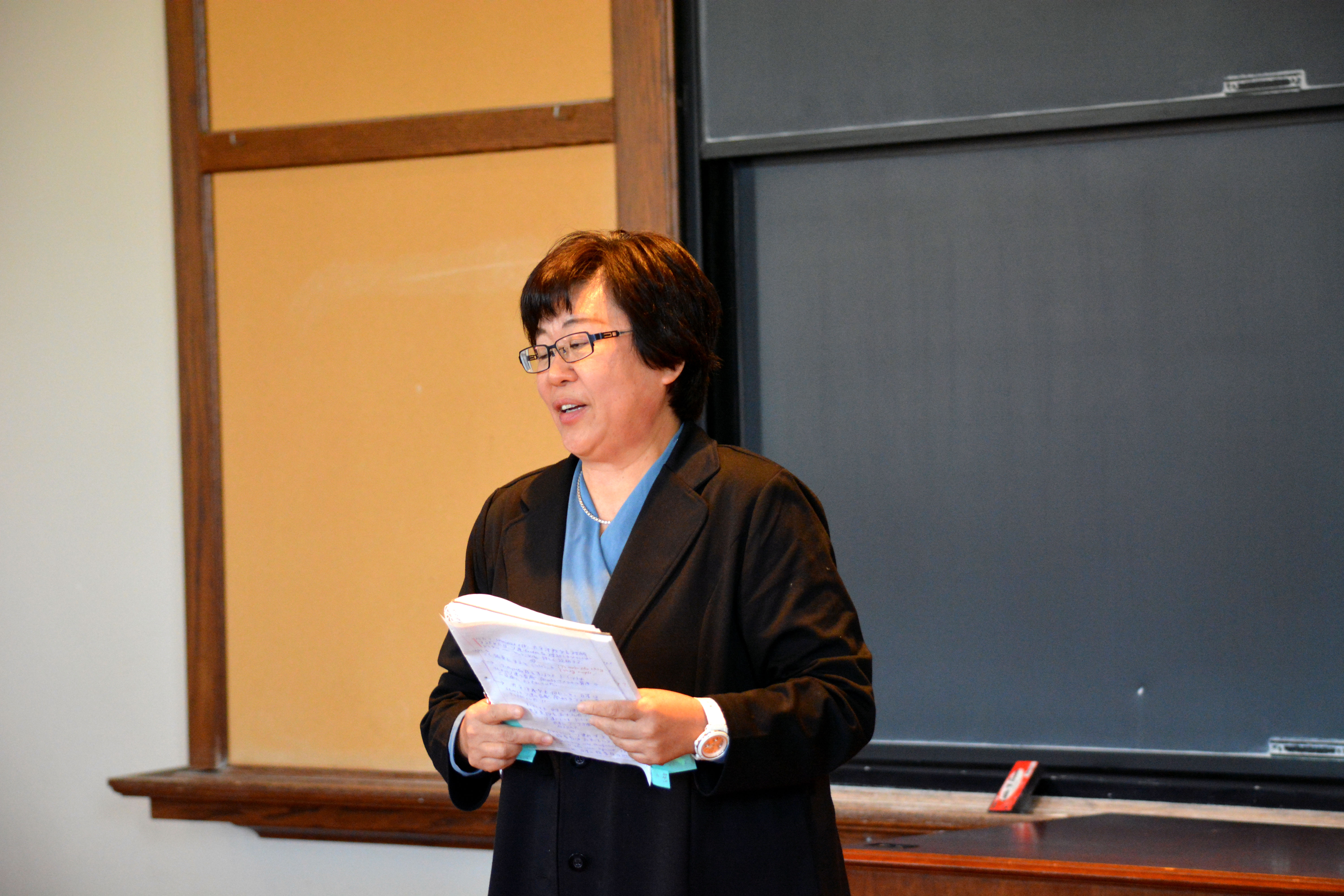 Since almost 1945, historians have viewed the U.S.’s decision to use atomic bombs on Japan in mainly two ways: either as a last-resort decision to end the War in the Pacific or as a way to intimidate the Soviet Union.

Professor Yukiko Koshiro wants to shift the perspective: did Japanese officials deliberately prolong the war even after they had already experienced such destruction? Koshiro, who teaches at Nihon University in Tokyo, told a crowd in Kirby on Monday that the answer is yes.

She focused her talk on the story of the Pacific War, calling the conflict “much more complex than what Hollywood movies and popular novel have portrayed in this country.” Koshiro said she believes the Soviet Union was an unexplored factor in Japan’s refusal to surrender to the United States.

She said that Japan wanted to wait for the Soviet Union to gain more ground after their invasion of Manchuria, a region north of Korea, thus presenting a difficult territorial conflict between the USSR and the U.S., as the two ideologically opposed superpowers vied for influence in Japan.

Kamini Masood ’19 found this take to be particularly insightful and under-explored.

“I think the introduction of Manchuria and the USSR as fundamental events or players in a war seen usually as only a Pacific war is such an important insight that isn’t explored enough,” she said. “The tendency to ignore Manchuria’s place as a event that really ended up being the catalyst for conflict and the Soviet Union as a major factor leads us to ignore some very important trends and larger stories in the narratives about World War II.”

For Daniel Markovits ’20, the value of the talk extended beyond whether or not Koshiro’s analysis changed the views of the students present.

“I believe the talk was very valuable in that it challenged the assumptions of a room full of Lafayette students who held deep-seated beliefs about the Second World War,” he wrote in an email. “I did not agree with all of Professor [Koshiro’s] points, but listening to arguments like hers that [challenge] my beliefs is vital.”

In order to fully understand history, Koshiro advised that college students “learn the languages spoken in various parts of the world, and become able to read these scholarly works and popular works, and try to understand other people’s perspectives. I know that the Lafayette students are able to do that.”

A discussion on the decline of the Japanese empire took place after the talk, supported by the Wilson B. Powell Symposium in history, and Koshiro visited a class to speak about her work.