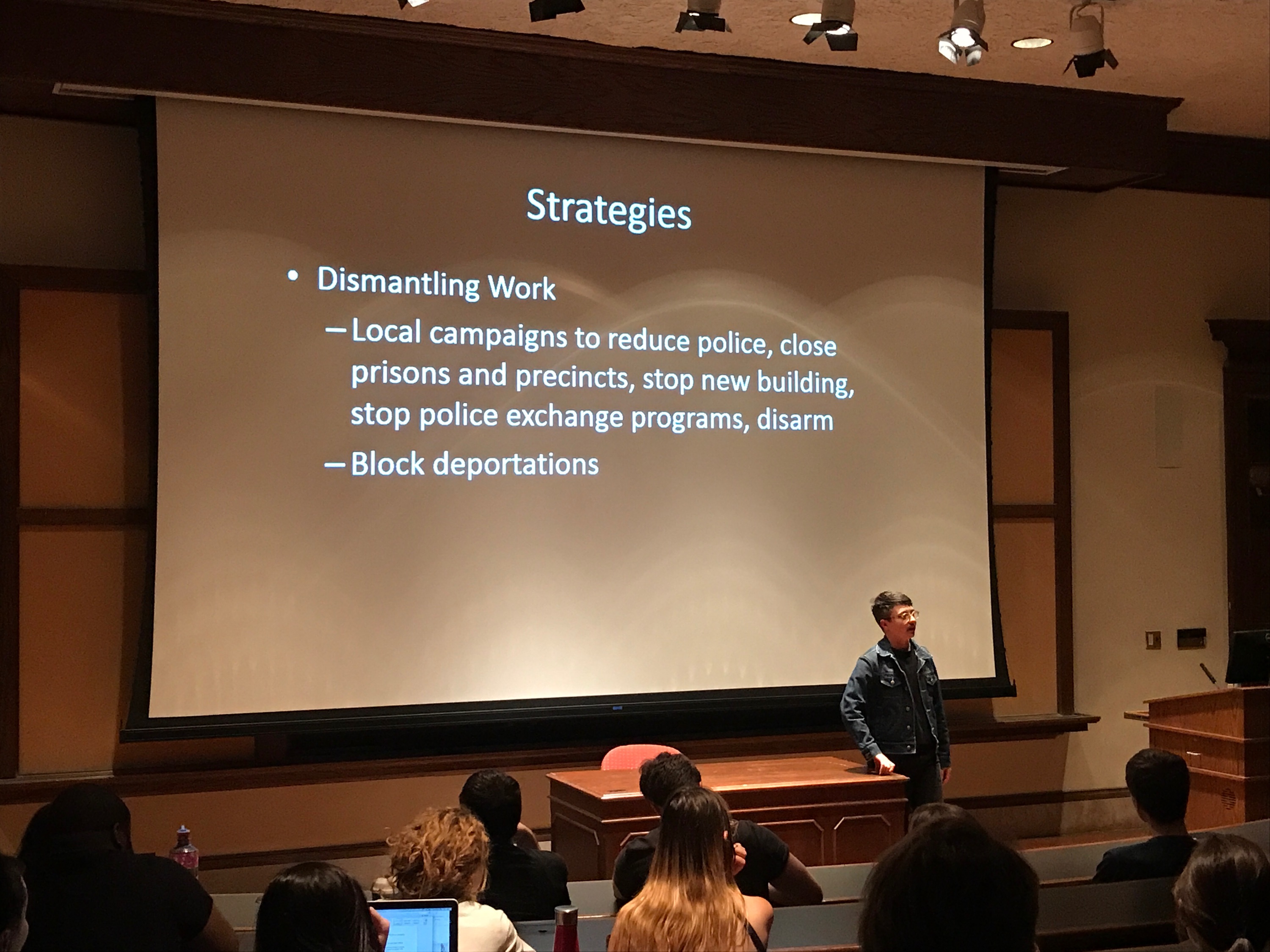 As transgender, intersex and gender-nonconforming issues grow in media prominence, low-income earners and people of color in these communities have been particularly harmed, Dean Spade said in a lecture on Tuesday.

Spade is a renowned writer, activist and law professor at Seattle University School of Law, and founder of the Sylvia Rivera Law Project, a law collective that provides legal services free of charge to transgender, intersex and gender-nonconforming individuals.

According to Spade, this increased coverage has resulted in more people feeling emboldened to discriminate against members of these communities. He called for individuals to combat this animosity with compassion and empathy.

In the lecture, entitled “Survival and Resistance: Trans Politics in the Context of Backlash,” Spade discussed both the modern political atmosphere’s influence on trans people and the numerous concerns that dominate trans people’s lives.

Several of the concerns Spade emphasized are very immediate physical and emotional dangers that many members of the LGBTQ+ community face on a daily basis. Housing, health care, immigration rights and encounters with police forces were among the most severe threats that Spade identified as relevant for many trans people.

The newfound mainstream media coverage of trans people has excluded the experiences of many trans people who are not “elite,” “white” “Republicans,” Spade said. For example, he said, Caitlyn Jenner cannot be the sole representative of the trans, intersex and gender-nonconforming community, whose experiences with gender, race and class may vary significantly from Jenner’s.

He also warned of the dangers of policies and regulations that claim to help people in these communities who are at risk, but fail to actually provide material assistance to individuals.

Questions from the audience centered around how members of the Lafayette community can create an environment on campus in which LGBTQ+ individuals feel safe.

Fayola Fair ’19 was among the students who was looking for a way to get more directly involved in these efforts. She asked about how to create more of an inclusive campus culture.

Fair said that she, along with a number of other students, is “really working to try and change Lafayette as an institution, but we’re figuring out how to do that within the institution. It’s been pretty difficult.”

Spade encouraged Fair to be disruptive in her protests and to not be afraid of traditional systems of authority. After the lecture, Fair said that Spade empowered her to engage in activism for members of the LGBTQ+ community.

“I think showing up is a really important part of being an ally, but I want to be more than an ally – I want to be an accomplice,” Fair said. “And really working to address my privilege as a straight person, as a cis person. So I think that showing up to events like this and showing support is one way of doing that.”

English professor Megan Fernandes, who was instrumental in bringing Spade to campus, echoed some of Fair’s concerns about the college’s treatment of these issues.

“In my opinion, Lafayette really needs more visibility for LGBTQ+ studies,” she wrote in an email. “We are doing a major disservice to our students if we do not offer more classes, speakers, and community discussions related to queer studies. Most of all, it makes us look irrelevant and behind the times.”

Fernandes wrote that she believes Spade inspired many students to engage in the issue and provided a much-needed space in which students could think critically about their position in society.

“He wasn’t trying to be provocative unnecessarily, he just had this unbridled honesty,” Fernandes wrote. “And students like that, I think. They don’t want to feel condescended to, they want to feel challenged. To have someone talk to you straight feels so radical in our current climate.”

Student government member Simone Khalifa ‘20, who also attended the lecture, believes that the ability to understand other points of view is a very relevant topic on campus. This comes after the student government’s formation of the Ad Hoc Committee for Inclusive Dialogue to provide a space for students who feel as though their opinions are not accepted on campus.

According the Khalifa, Spade’s lecture gave her a better sense of the importance of understanding both sides to a story.

After the talk, Spade said that he was hopeful about the community’s potential to critically analyze the current political atmosphere and how that might affect different individuals within the community.

“I have really enjoyed meeting the students at Lafayette, it seems like people are asking really hard questions, are thinking deeply about the world that they’re living in, they’re applying what they’re learning in the classroom to the big questions of our time,” he said.