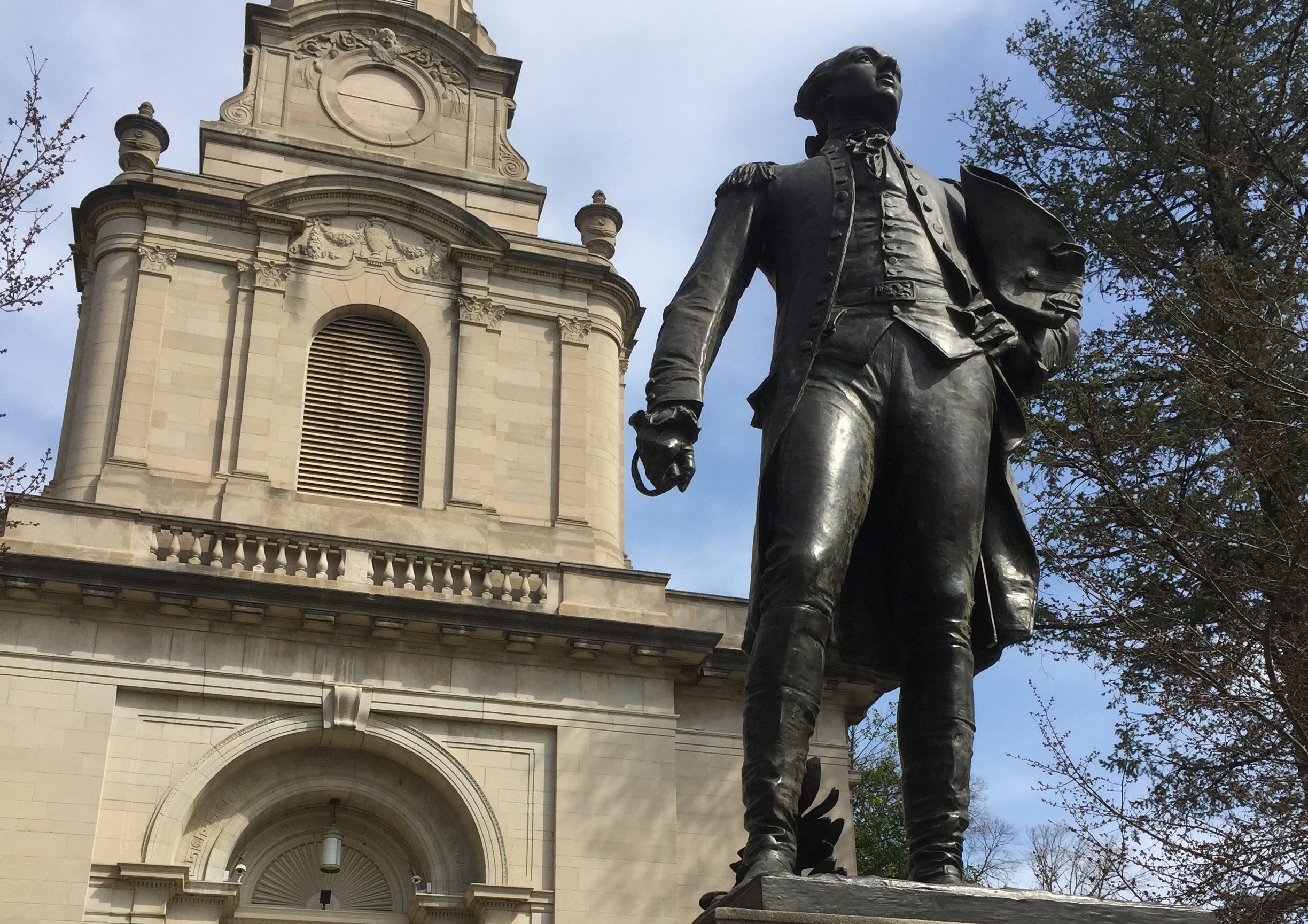 The sword of the Marquis de Lafayette statue was reported stolen last Sunday.

The statue of the Marquis de Lafayette stands outside Colton Chapel surrounded by foliage. Early last Sunday morning a public safety officer discovered that its sword had been stolen.

The last time The Lafayette reported the sword stolen was in 1934. It’s unclear if it has been stolen since then.

Director of Public Safety Jeff Troxell wrote in an email that the statue is in sight of multiple security cameras, but whether the cameras saw anything is “currently being investigated.” Troxell added that public safety does not know who took the sword but doesn’t believe it will be used as a weapon.

During a “Lehigh-Lafayette riot” in 1934, a mob of 200 Lehigh students swarmed campus. The Lafayette students defending the statue of the Marquis in front of Colton Chapel were “unable to prevent the sword” from being “snatched away,” The Lafayette reported, despite fighting hard in hand-to-hand combat.

After being stolen several times, it was kept in “safekeeping in plant operations,” The Lafayette reported in 2000. It is unclear when the sword was reinstalled and why.

In 2000, then-college employee in Mechanical Trades Mario Luzzubo said that the sword screws into the handle on the statue and is “purely ornamental.”