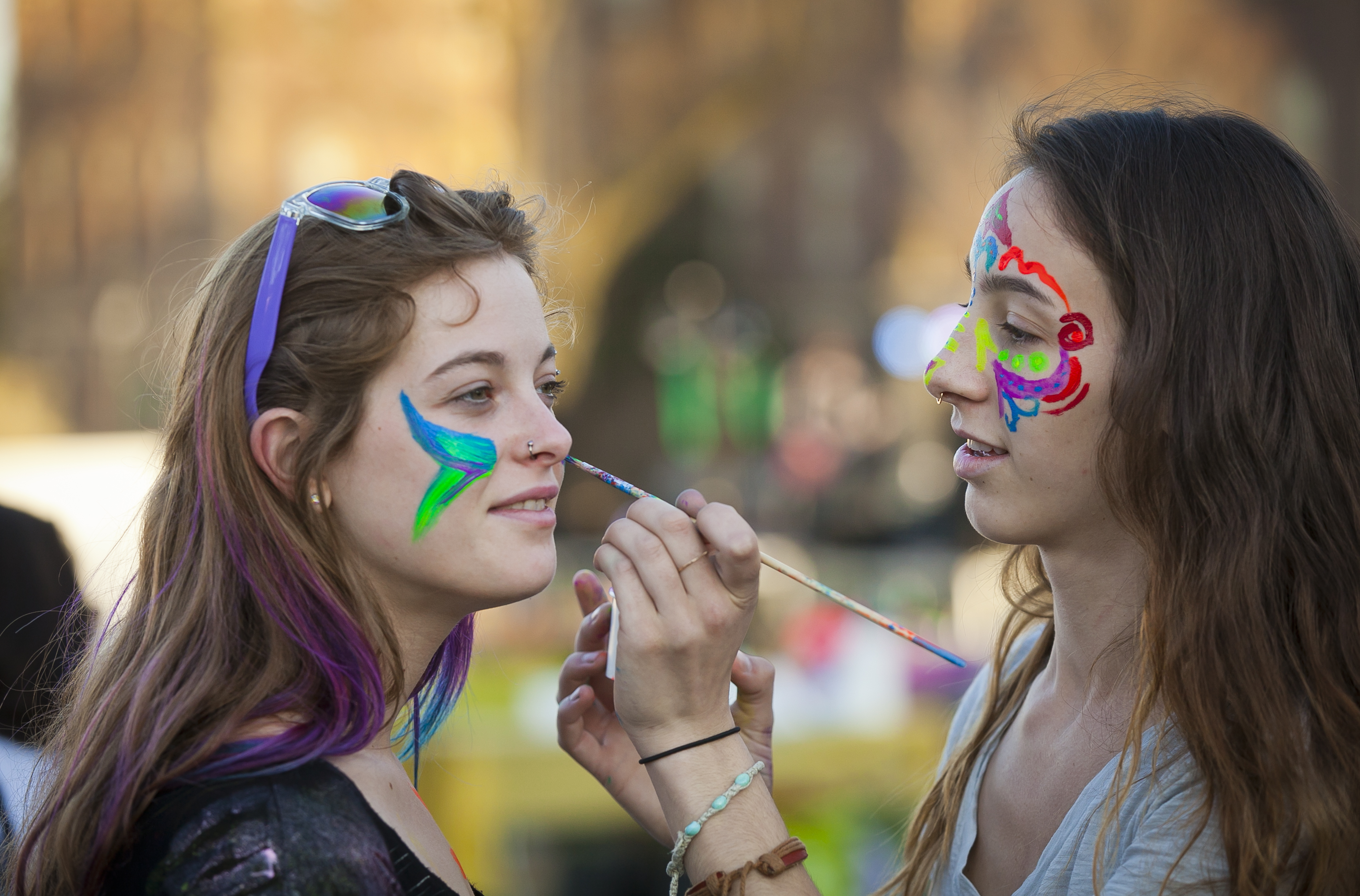 The quad will blossom into living art this evening with the second annual Festival of Paint.

Hosted by the Lafayette Association of Visual Arts, the festival, – from 4 p.m to 8 p.m. – is a celebration and an opportunity for diverse organizations ranging from The Marquis literary magazine to the college’s American Society of Mechanical Engineers, to collaborate on live art.

And there will be paint.

There will also be tie-dying, stenciling, sand art, food, live music, a dunk tank and an inflatable log slammer, organizers said. The college radio station, WJRH, plans to play music in addition to live performances from the Chorduroys, the Mar-Keys, Soulfege and two student bands.

Students are encouraged to paint themselves and each other. Free white t-shirts will be given out and there will be a large canvas sponsored by the Panhellanic Council and the Interfraternity Council.  The finished canvas is planned to eventually hang in Farinon.

According to President of LAVA Jenn Burkhart ‘19, Theater Underground will have a MadLibs table and ASME is doing gear stencils and creating forms out of repetition. The Arts Society will have a table for tie-dying and Greek organizations will also be participating, with Delta Delta Delta doing henna and face painting and Alpha Gamma Delta doing a sand art table.

“We’re trying to appeal to everyone. Everyone will have something to do there,” Connor Pirruccello-McClellan ‘17 said.

According to Burkhart and Pirruccello-McClellan, last year’s Festival of Paint was very successful, attracting a range of around 300 to 400 students.

While this evening marks the second annual Festival of Paint, the event has occurred on a smaller scale for years. Previously called “Evening of Paint,” the celebration happened once a semester down the hill in the Williams Visual Arts building.

“We liked that [Evening of Paint] brought people down to the studio, but we also wanted to do something that would get more people involved in the arts,” Pirruccello-McClellan said. “Last year, we moved it up the hill to the Quad, worked with IFC, Panhel, student government and WJRH to make it a real event.”

The LAVA club was established to encourage students who don’t necessarily participate in art classes to express themselves in a creative way, Burkhart said. The overarching goal of LAVA, and consequently Festival of Paint, is to integrate students from all kinds of disciplines through art.