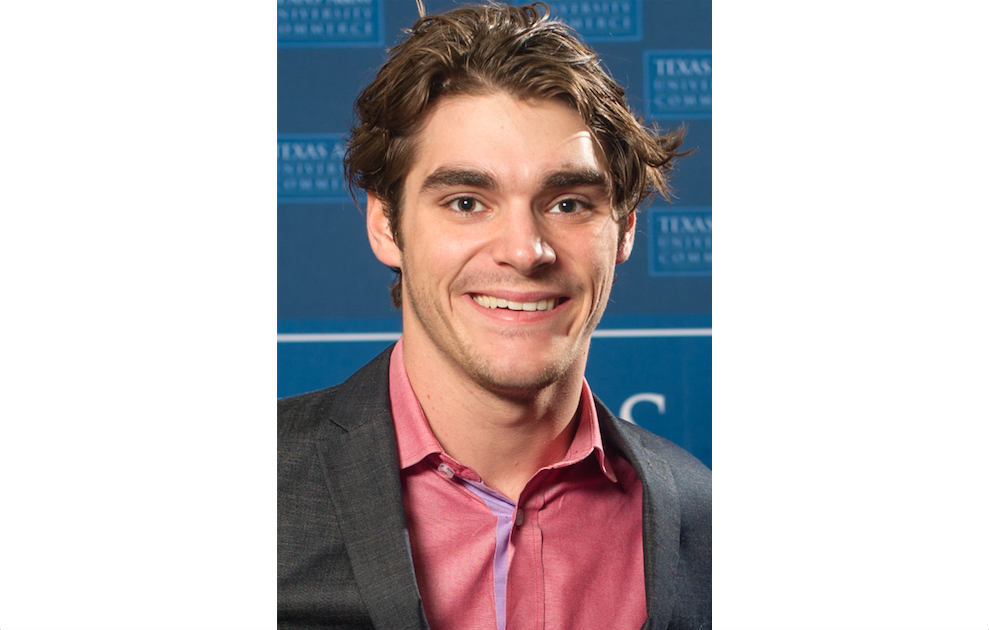 On Monday, “Breaking Bad” star RJ Mitte came to campus with a powerful message of inclusiveness and hope that related less to his acting fame than to his life as a person with cerebral palsy.

“You cannot touch a person [with a disability like CP] and then say, ‘Get up and walk,’” said Mitte, who played a person with mild CP on the AMC blockbuster series. “You don’t have that power, but as a witness, that’s where your strength lies – seeing these individuals, telling these nurses and patients’ stories.”

Every year Lafayette’s Campus Life, the Lafayette Activities Forum, the Senior Year Experience Committee and the Lafayette Class of 1963 Fund join together to welcome a Senior Speaker.

“SYE partnered with the other organizations in order to maximize our budgets and be able to bring an amazing speaker to campus,” Chair of the SYE Committee Olivia Sennett ’17 said. “As a committee, we then examined the potential speakers that we thought had a message that could connect with the student body.”

The senior class then has the opportunity to vote on the speaker, and this year’s Class of 2017 chose Mitte, who rose to fame through his role of Walter White Jr. in AMC’s hit show “Breaking Bad.”

Aside from his career as an actor, Mitte is also a diversity and equality activist, often speaking on behalf of people with disabilities. Diagnosed with cerebral palsy at the age of three, Mitte used his notoriety from “Breaking Bad” which provided him with a platform to reach new audiences.

When Mitte first decided to begin speaking to large groups at the age of 18, he admits he didn’t like public speaking.

“I was told, ‘You should do the college circuit. You should work as a speaker and do some stuff,’ and I was like, ‘Eh, I’m not a big fan of crowds,’” Mitte said in an interview.

Now, at the age of 24, Mitte has spoken at countless different colleges about being present in order to help others.

Mitte shared that despite his cerebral palsy, he did not notice anything “wrong” with him when he was growing up. When another kid asked him what was wrong with him, he went to his mother and asked her to explain his disorder.

Cerebral palsy is a neurological injury or malformation that occurs while the child’s brain is under development, either before, during or immediately after birth. It affects body movement and muscle coordination. It can cause spastic movements and difficulty speaking in more severe cases, and even in mild cases, such as Mitte’s, often affects muscle tone, reflex, posture and balance.

“He was kind of, beforehand, picking on me a little bit because of [my cerebral palsy], and as soon as I explained it to him, it stopped,” Mitte said. “Later in life, I realized that it’s knowledge. We pick on things that we don’t understand. We attack things that we fear.”

Mitte proceeded by encouraging the audience to be advocates for others because people are always watching. He also offered the more practical advice of protecting yourself, particularly when it comes to one’s online image. While Mitte wrapped up rather abruptly after this advice, he was engaged during the Q&A portion of his talk.

While some students took advantage of this opportunity to “fan out,” others focused more on the main themes of Mitte’s talk.

Perhaps his most meaningful and connected response was his answer to a question from Ian Miller ‘20. Miller spent a summer in Peru working at the Anita Goulden Home for children with cerebral palsy. After the talk, Mitte and his mother spoke to Miller about his experiences in Peru.

While Miller is undoubtedly a “Breaking Bad” fan, he went to the talk primarily because of his work with people with disabilities.

“[Mitte] said he really admired that because he understands that a lot of these people are really in horrible positions,” Miller said. “As he said in his response to me, the best thing that I can be is a witness, and me witnessing that not only changed my life, but I get to tell other people about it.”

Miller was particularly struck by Mitte’s commentary on his experiences in Peru and his advice to Miller correlated with his overall message.

Mitte stressed the idea that we are all human and all have the same potential to impact those around us.

“Don’t wear blinders. Just enjoy. Enjoy what you’re doing. Enjoy life,” Mitte said in an interview. “Too many people take this life so seriously and it’s okay to be serious because you do have serious things, but you’ve got to stop and enjoy it.”