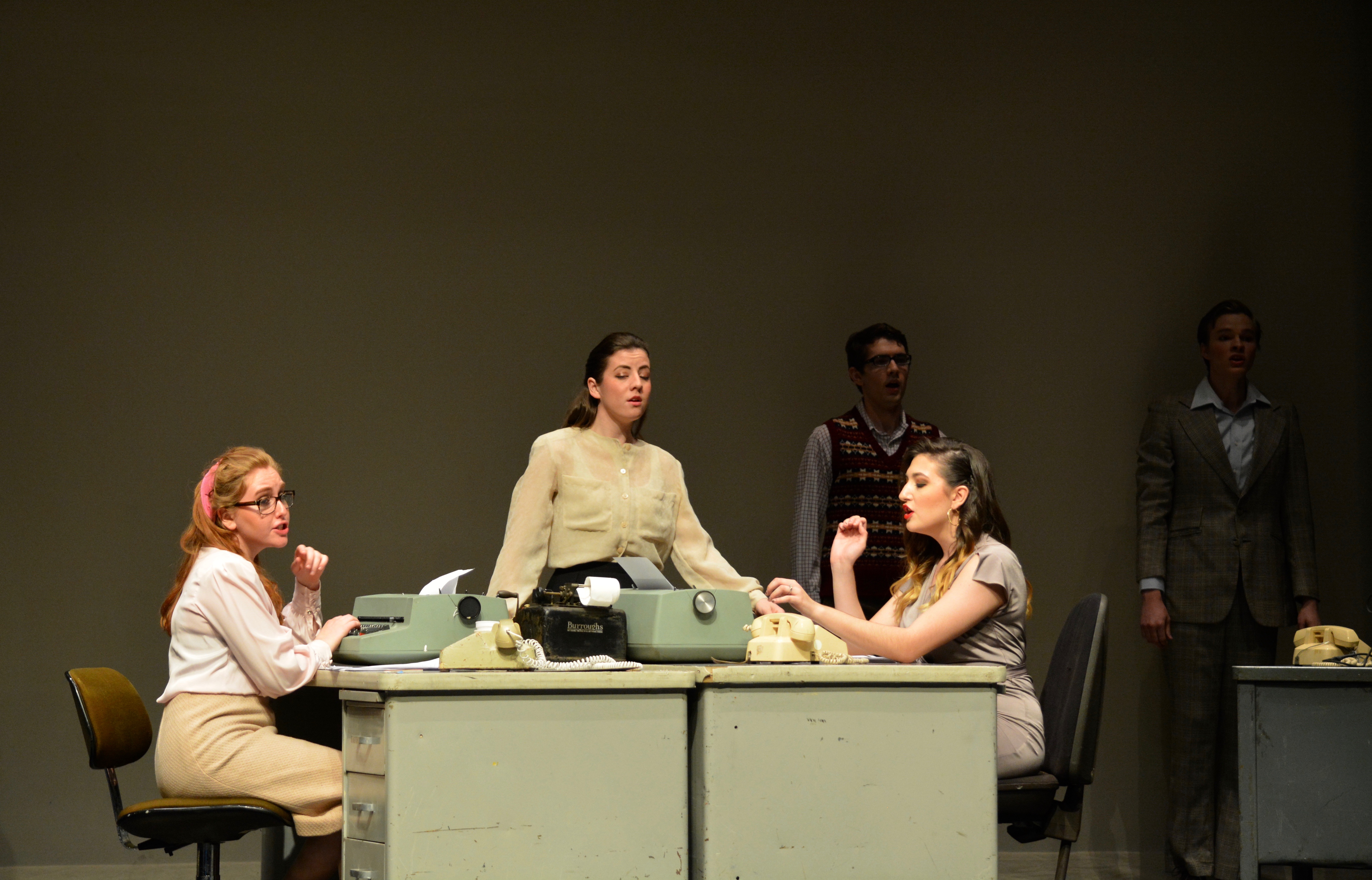 The Marquis Players rehearse for the Thursday night opening of ‘9 to 5: The Musical’ (Photo by Courtney DeVita).

This weekend, the Marquis Players bring an upbeat show to the stage of the Williams Center for the Arts with the performances of “9 to 5: The Musical.” The musical is based off the 1980s hit movie “9 to 5” starring Dolly Parton, who ultimately adapted the film into a musical.

The musical, the music and lyrics of which were written by Parton, first premiered as a tryout in Los Angeles in 2008 and soon after showed on Broadway from April 2009 to September 2009.

According to President of the Marquis Players Hannah Weaver ’17 the show centers around an office run by a deceptive boss. The boss, played by Kevin Milton ‘19, steals from his company and treats his women secretaries with extreme disrespect. He even spreads a rumor that one of his secretaries, Doralee, is sleeping with him, which earns her a reputation in the office. Aside from this role, the leads lie with the three main secretaries.

The office manager, played by Olivia Coughlin ‘20, is a little older than the other secretaries and is a window with a teenage son. The new secretary in the office, played by Caroline Bottega ‘18, is recently divorced and is depicted as extremely naive in the workplace. Doralee, played by Weaver, is a southern girl with a misunderstood reputation.

“These three women in the office get fed up with [the boss] and get high one day and fantasize about killing him in different ways,” Weaver said. “The next day, one of the women accidentally poisons his coffee, 100 percent on accident… They end up kidnapping him and hold him hostage.”

Directed by Matt Ackerman ‘18, the show features various dance numbers and a lot of singing, and also touches on themes of woman power and equality in the workplace, according to Weaver. While the show certainly features adult themes, Weaver said all audiences can enjoy it.

“We picked ‘9 to 5’ because it’s a big cast so anyone can be in it if they want to,” Weaver said. “We could create a large ensemble and it’s a very happy show with a lot of positive themes…We also wanted to pick a show that could showcase some of the dance talent that we have.”