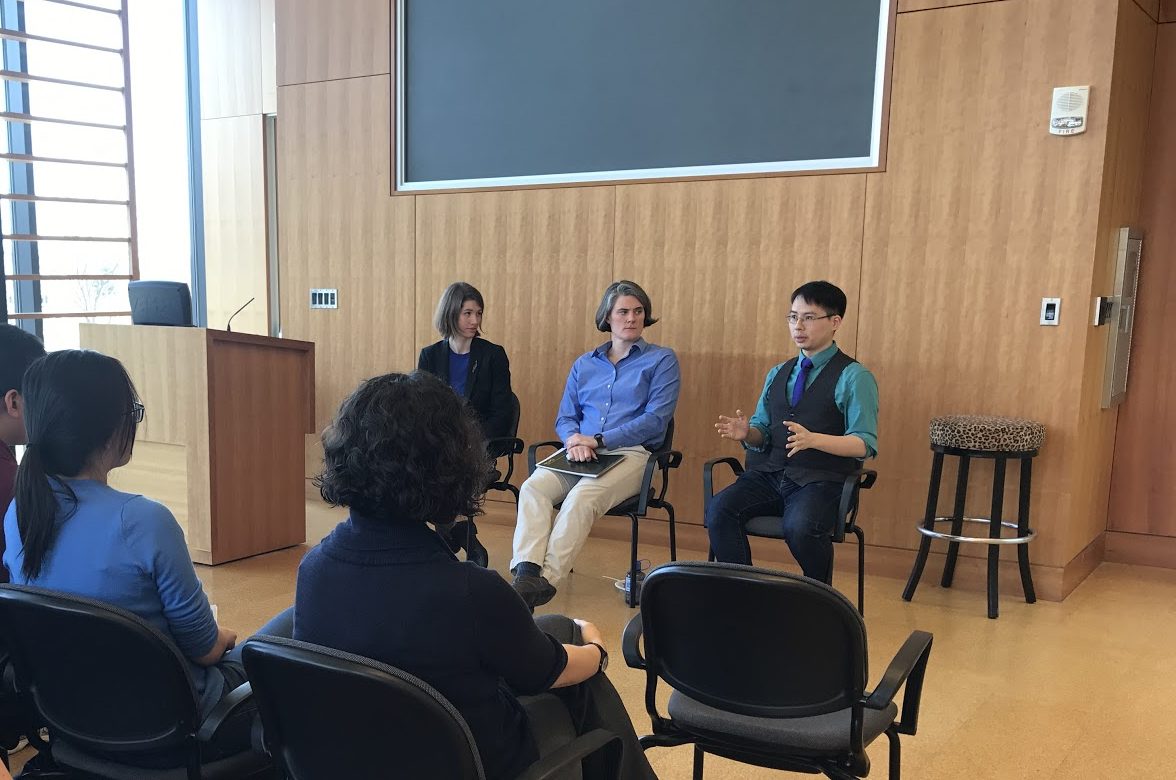 When chemical engineering professor Joe Woo returned to an online data set he had been using for his research into atmospheric chemistry, it had disappeared. He had lost crucial public data in a seemingly random manner, he said.

Just hours after Donald Trump was inaugurated as president, the climate change webpage on the White House website disappeared, and researchers like Woo have been losing their climate data ever since.

Woo and two other professors who felt their work was also threatened held a panel on Monday to inform the campus about this issue. The discussion “Where did the data go?” also brainstormed solutions.

“It doesn’t matter whether you’re a scientist or not,” said geology professor Kira Lawrence, one of the speakers. “They’re arguments that are formulated, and they are based upon some reasonable set of evidence that someone with some expertise has compiled to advance those arguments.”

“So that we are in a moment in our nation’s history in which there does seem to be sort of a disregard for data and evidence-based problem-solving, is something that I think should be a concern to all of us,” she continued. Lawrence’s data is still accessible, but she said that it’s only because her data only focuses on periods thousands of years ago.

Environmental science professor Andrea Armstrong expressed concern for the impact that a loss of data on the environment and climate would have on her ability to teach students how to analyze data. She identified data analysis as a fundamental aspect of many of her courses, and argued that students need to be able to make sense of real data.

“A presidential administration (and Congress, for that matter), that does not hold scientific research in high regard will not prioritize funding for science in their budgets, or in their decision-making. It is important for scientists of all disciplines to understand the potential support (or lack thereof) for funding or continuing their research,” Armstrong wrote in an email.

Outside of the Lafayette community, all three professors believe that a loss of scientific data will have enormous implications for the country as a whole.

Lawrence reminded that not only does the disappearance of data influence current studies, but will result in a complete lack of understanding of the climate and the environment at this time. She said that, at a time when the planet requires close analysis and studying, scientists need to continue to record data for future use.

“Some of the rhetoric by the current administration has been of deep concern to certainly my community of scientists with regards to the generation of future data and the potential accessibility and longevity of access to the existing databases,” Lawrence said in an interview following the lecture.

Benjamin Draves ‘17 attended the lecture in an attempt to learn more about “what the efforts are at an institutional level in higher ed and also in the private sector to back up all this data,” he said after the talk.

Armstrong said in response to his question that the National Science Foundation is going to great lengths to ensure that its constituents understand how to properly input data.

“Those conversations are advancing, which is good,” Draves said. “But it will be a time-sensitive subject.”

Diane Shaw, the college archivist, asked about potential ways to monitor the amount of data that might begin to disappear from databases. Lawrence noted the efforts of a number of Harvard graduate students, who created a computer system through which people can identify potential losses of data.

The day before the talk, Skillman Library hosted a seven-hour ‘data refuge’ event, during which students, faculty, staff and community members joined forces to buffer against potential data loss. This event, like many currently taking place throughout the country, was relatively small-scale.

For now, both Armstrong and Lawrence are pleased with the efforts that Lafayette has put forth to combat this issue.

“It was I think encouraging to see a pretty full room and from people across different communities at Lafayette,” Lawrence said, “so quite a few students as well as faculty and staff members, and the administration, as well. So what I would say is that that spectrum of audience says to me that there are people who are invested and interested in this issue, and I think that’s encouraging.”