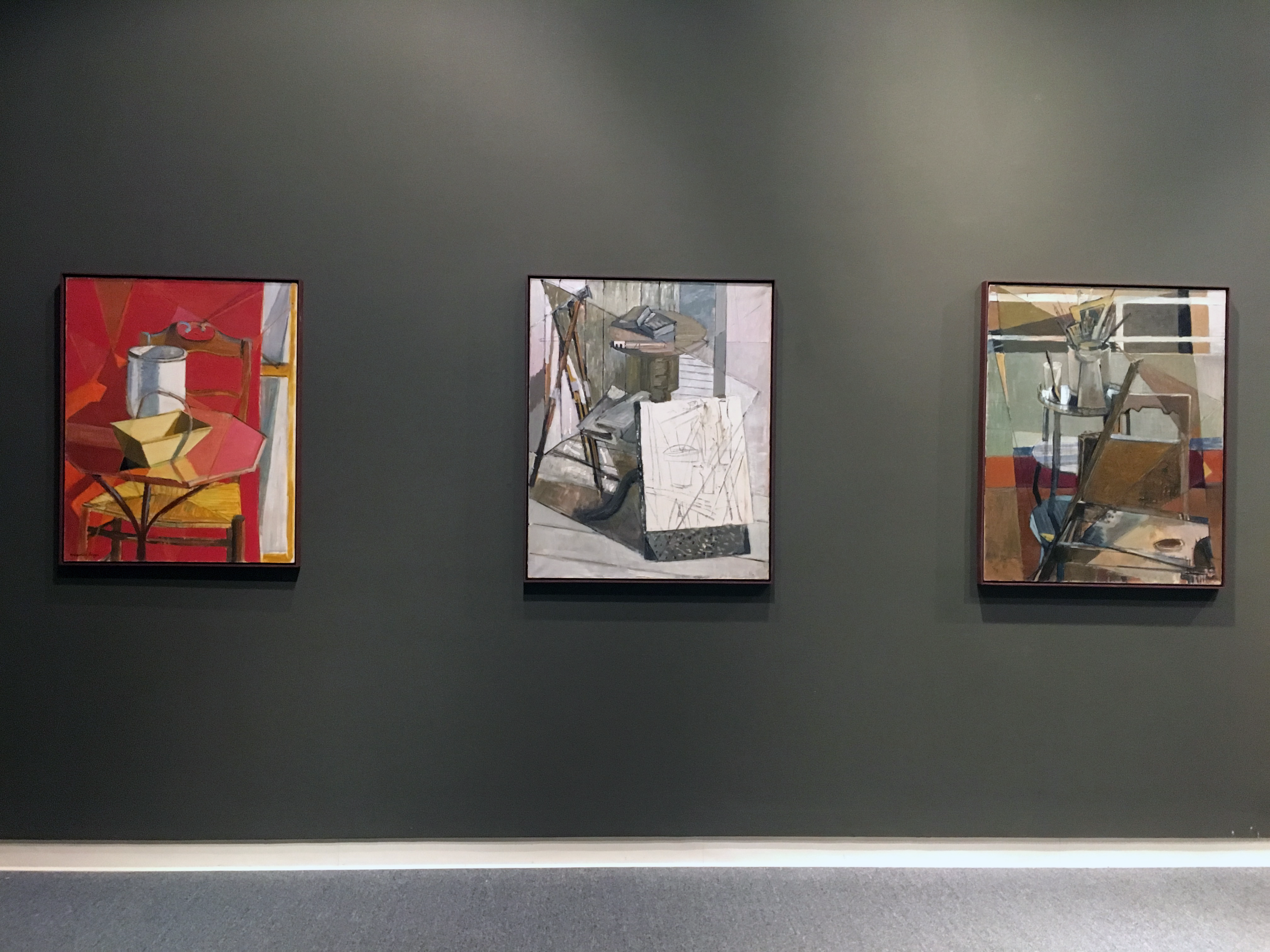 (Photo by Lauren Fox ’19) Paintings in the “Painter’s Life” exhibit.

For the first time in the United States, 20th century modernist artist Marguerite Louppe’s work will be exhibited.

From Thursday to May 19, works by Louppe and renowned painter Maurice Brianchon will be on display at the Williams Center Gallery. The exhibit, “Painter’s Lives,” aims to compare Louppe’s and Brianchon’s artwork, a husband and wife couple whose styles differ but draw from similar sources of inspiration.

“Here you have a couple, very intimately intertwined with, let’s say, the same visual stimuluses and the same experiences and the same intellectual ecosystem, and they take their art in two very different directions,” co-curator David Hirsh ‘97 said.

For Hirsh, this exhibit has a personal connection. An international affairs major and art history minor while at Lafayette, he is related to Louppe on his mother’s side. All the paintings in the exhibit come from Hirsh’s private collection.

“The Brianchon-Louppe dynamic was an integral part, growing up, of my interest in art, because it was paintings we had in our households,” Hirsh said.

Five years in the making, this exhibit also stems from co-curator William Corwin and Hirsh work to understand the Louppe’s and Brianchon’s paintings in this collection.

On Thursday, Corwin gave a lecture to kick off the exhibit’s opening on the lives of the two artists.

“One of the things I’m very interested in and what has been one of the more exciting things has been researching Marguerite Louppe,” Corwin said in an interview. “I mean, it’s very rare that you get a completely unknown sort of entity [to research].”

Although Corwin said Brianchon was supportive of his wife, Louppe’s work did not get as much attention as her husband’s.

“Because she was the wife of a renowned painter, her work was less known,” Hirsh said. “And yet, if you look at the evolution of her artwork, there’s a lot of stuff going on there. There’s a lot of sort of intellectual development in her artwork.”

He added that Louppe may have more freedom to experiment with her work, because she was not as well-known as Brianchon and was not under pressure from others to produce what they wanted.

Okaya said she is excited to introduce Louppe to a wider audience. Not only is Louppe’s work intricate, but also adds diversity to what has historically been a male-dominated field.

“Since woman artists have been so underappreciated over the years, it’s also great to promote a woman artist,” she said.

Both Corwin and Hirsh said that they are excited for students to look at this exhibit, since it will give them an opportunity to write on a painter that has rarely been written on before.

“This is the beginning of an interesting dialogue around these two artists,” Hirsh said. “One completely unknown. One very accomplished but because maybe post-impressionism, or the figurative side of post-impressionism, was maybe less in fashion over the past 40, 50 years, these high-quality artists like Maurice Brianchon may have been lost a little bit of public attention.”