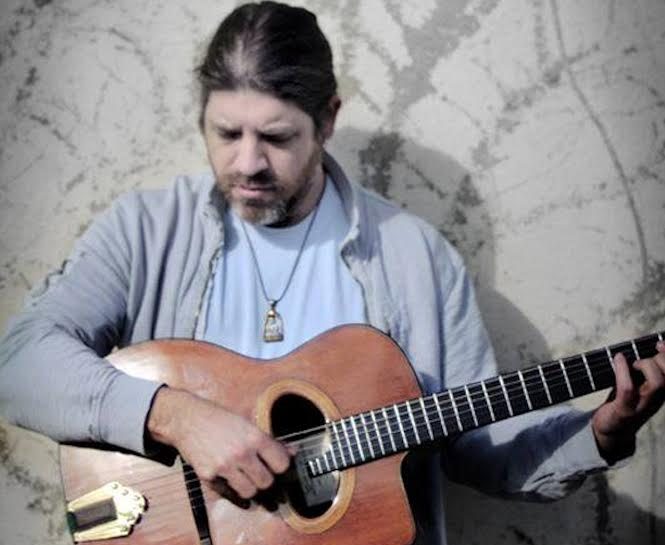 Stephane Wrembel will play at Williams Center for the Arts on Wednesday. (Courtesy Michelle Roche Media)

French guitarist Stephane Wrembel said his “gypsy jazz” is neither gypsy nor jazz.

“I guess I’m a little bit rebellious with that term,” he said. The term usually refers to the kind of music played by French guitarist Django Reinhardt’s famous 1930s quintet.

“Basically when you put the word ‘gypsy jazz’ somewhere, you can translate it as ‘Django Reinhardt cover band,’ which is not what I do,” Wrembel said.

A decade and a half and ten albums after Wrembel’s first duo, The Django Experiment records explore various tempos, melodies and feels inspired by Reinhardt, who has an annual festival for his music near Wrembel’s hometown, Fontainebleau, France.

Wrembel said he doesn’t know which songs his band will play on Wednesday, but if he plays from his first Django Experiment album, listeners will recall his motifs from classic Paris scenes in his composition for the Woody Allen movie “Midnight in Paris.” If listeners begin to hear higher-tempo, cymbal-driven tunes, it’ll most likely be his second album. But he wants to feel the room first.

The 24 “Experiment” tunes were recorded in a tiring three-day session, when his band simply played what they wanted.

“We all went in the studio and played like we played live, amps and everything – no headphones,” he said. “We didn’t pick songs before. We’re just like, ‘What do you want to play?’ and made it happen organically.”

Wrembel said he’s constantly on the road with his band, Thor Jensen (guitar), Ari Folman Cohen (bass) and Nick Anderson (drums). But he also composes for films, like the aforementioned “Midnight in Paris.”

“I received a call from the producer asking for a song,” he said. “She asked me to compose a work that would capture the soul of Paris, and so I did, and I sent it to them and they said, ‘It’s exactly what we need.'”

The song, called “Bistro Fada,” combines intricate guitar motifs and melodies to speak to the “certain kind of tone that fits Paris atmosphere.” The piece prompted Hans Zimmer to personally invite him to perform in his band at the 2012 Academy Awards.

Wrembel started playing guitar at 16, after he had played classical piano.

“Piano was not my choice, I wanted to play guitar, and so that’s what I did and I never stopped,” he said.

In addition to “Midnight in Paris,” Wrembel also partnered with Woody Allen on “Vicky Christina Barcelona,” and he has won both a Clio and a Grammy Award for his work.