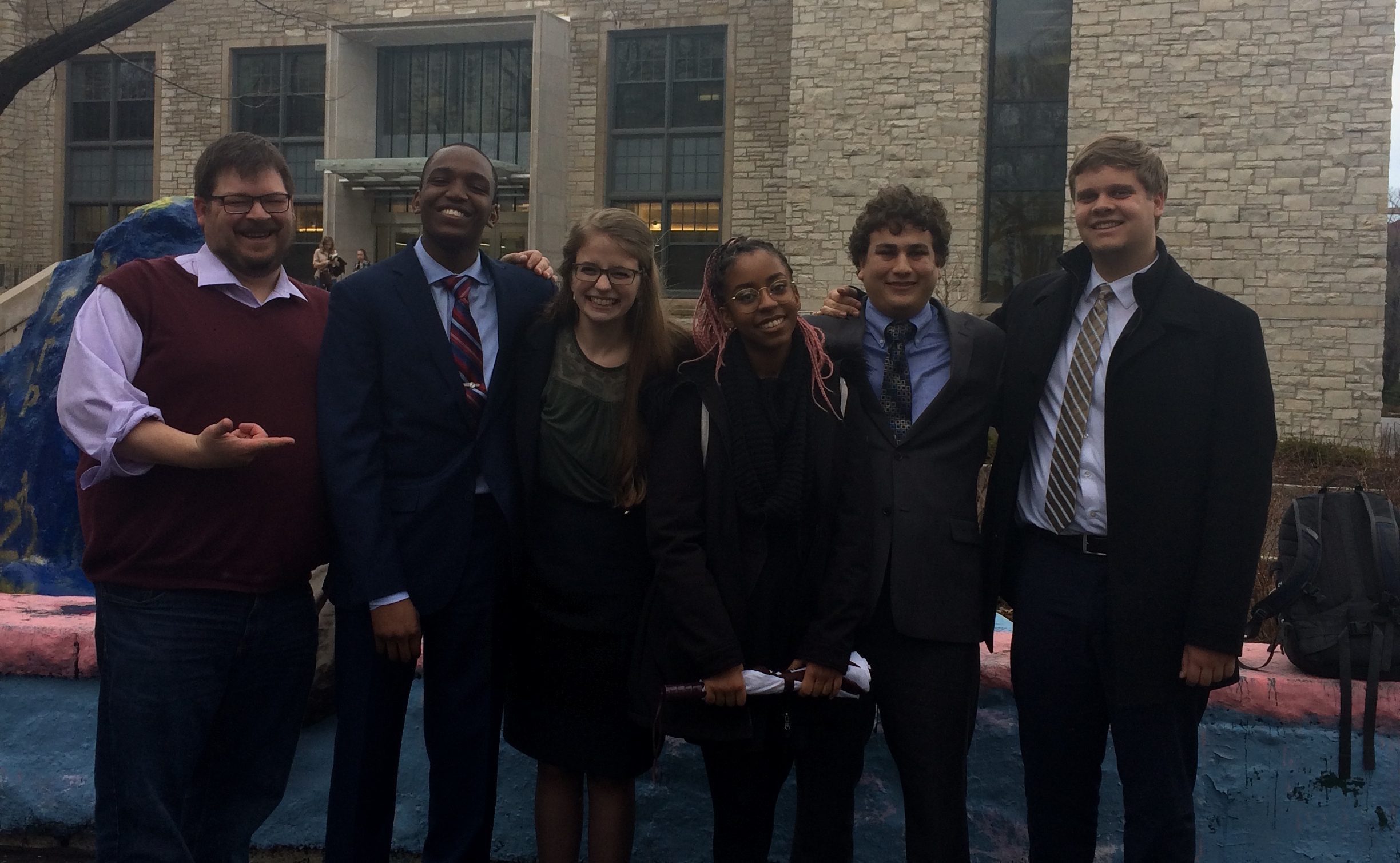 The students were members of the Forensics Society, the speech and debate team at Lafayette. The students on the team compete with other colleges by giving speeches, sometimes planned, sometimes impromptu.

At the competition, each participating school was only allowed to have two students participate in each event, evening the playing field for small schools like Lafayette. Lafayette College’s Director of Forensics Henry Placke said that this was a main reason that the team decided to join the inaugural championship.

“Nationals was a great experience,” Mayer wrote in an email. “These were 26 other nationally competitive students, so it was a difficult tournament. That said, I did about as well as I could have hoped. My speeches, I thought, went well, and I made it to the semifinals, where I was eliminated in an incredibly competitive round.”

Each event has its own challenges to meet, Placke said.

“After Dinner Speaking is approximately a 10-minute long speech that the student has researched and prepared on a topic of their choosing. They tend to be persuasive in nature,” Placke said. “The particular speech topic of Saeed’s is about how he’s an international student from Nigeria, and it’s a very personal speech about how Americans often think of Africa as a place that needs saving and how that is a largely incorrect assumption.”

Impromptu is different from the previous two events, in that the student does not prepare ahead of time. The student is given a quote and seven minutes, typically one and a half minutes are spent preparing a speech about the quote they have been given.

“I think it’s probably the most educational of the events,” Placke said, “and something that is very useful later in life – to be able to learn and think on your feet in this very powerful way.”