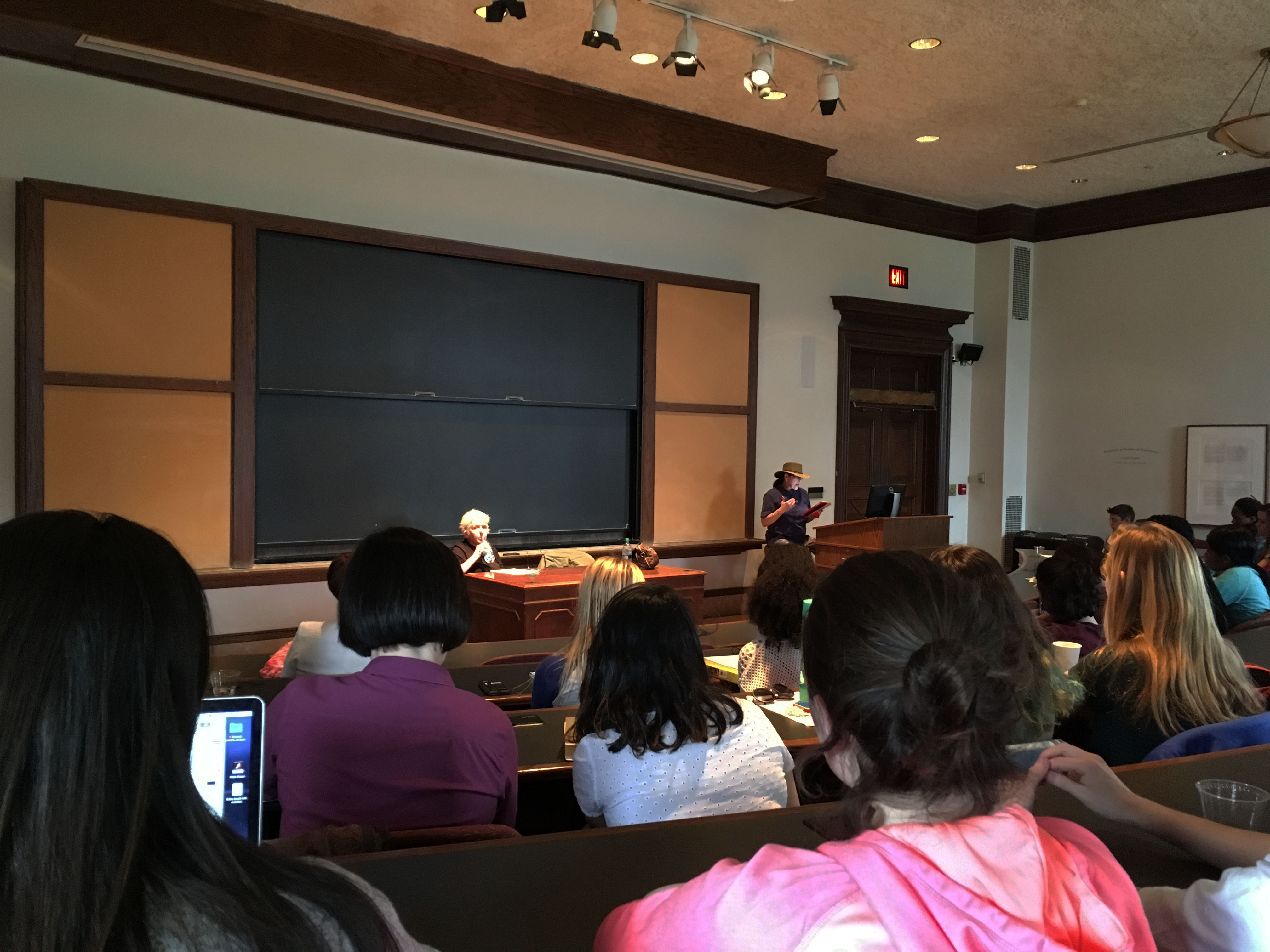 A poetry reading from Alina Galliano and Magali Alabau on Monday brought issues of intersectionality and identity to the forefront.

The event, entitled “Diffuse Identities: Jewish Cuban-American Women’s Poetry with Alina Galliano and Magali Alabau,” allowed students to engage in the works of the two poets.

The poetry reading was organized by professors Amarui Gutiérrez Coto of the foreign languages department and Jessica Carr of the religious studies department. Coto is currently working on a poetry anthology that addresses similar intersections between both Jewish and Arab cultures and Cuban identity.

Coto introduced the work of Galliano and Alabau to Carr, which sparked an interest in bringing the speakers to campus. According to Carr, her academic interests in the Jewish experience in Latin America was a factor in this interest.

A common theme to which both poets spoke in their presentations was their pasts in Cuba. The works Galliano and Alabau presented largely dealt with their experiences as Jewish Cuban-Americans and the intersectionality of Jewish and Cuban culture.

Galliano was the first to read and touched on her experience leaving Cuba before she started. She described it as inevitable.

In her reading, Galliano chose to present a poem about Manhattan. Her piece stands as a vibrant love note to a city she has fallen in love with since immigrating to the United States. She also reflected on the intersections of her Cuban and Jewish identity.

“We have this reverence for living, for being people of the Book, for loving words, for caressing, for holding them to make sure they do not grow cold,” Galliano said.

The poetry reading was unique because the poets read in both Spanish and English.

“In Spanish, the words are like a light that we put for everybody that’s no longer here as remembrance,” Galliano said. “My words are the lamp for all those I have lost. If I turned them off, where will that leave me?”

While reading, Galliano asked for an audience member to lend their voice to an English reading of her work and Emma Sherry ’18 volunteered to read the first of Galliano’s poems in English. However, Sherry admitted she preferred the Spanish reading.

“I guess in terms of my experience and hearing it in both languages the poems are more powerful in Spanish because that’s the language they chose to write them in and some things just flow differently in Spanish,” Sherry said. “I was struck by how beautifully and seamlessly they were translated to English as well.”

Magali Alabau performed after Galliano and addressed her own experience as a Jewish Cuban-American living in the United States.

As a theater student in Cuba, Alabau was suspected of being a lesbian and was expelled. According to Alabau, her experiences with homophobia and injustice fueled her decision to leave Cuba for the United States. While Alabau mentioned feeling a sort of identity loss when she came to the United States, her experiences being exiled in America caused her to form a deeper connection with Judaism.

“Jewish people have always had to live in exile,” Alabau said.

Alabau read several pieces of poetry, one of which used a house as a metaphor for her experiences leaving home and being in exile.