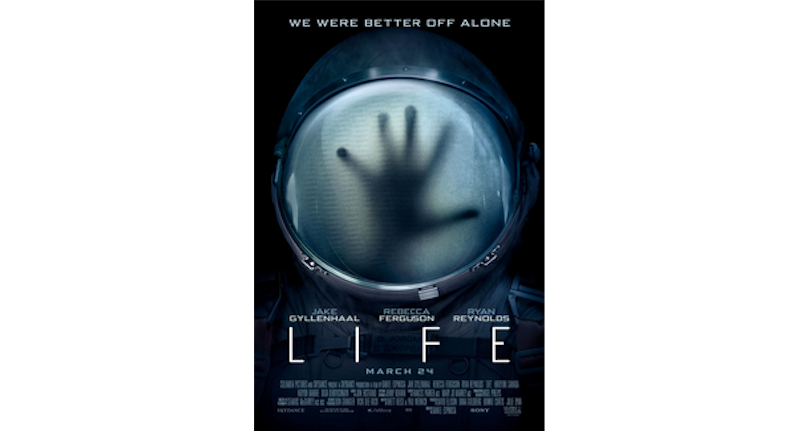 Daniel Espinosa’s “Life” may be original, but the trailer was better.

The film, which follows six astronauts working in the International Space Station who are being threatened by a murderous hyper-intelligent alien, ultimately suffers from a similar problem to that of last year’s “Triple 9.” Both of these films managed to produce trailers that were better than the actual movie, which was disappointing.

“Life” – which starred Ryan Reynolds, Jake Gyllenhaal, Hiroyuki Sanada, Rebecca Ferguson, Olga Dihovichnaya and Ariyon Bakare – could’ve accomplished a lot more with setting the film up. I commend it for having a short run-time but the movie was missing a good 20 to 30 minutes of tension building. When we meet the crew of astronauts, we are instantly rushed into the recovery of this pod on Mars. When the pod comes, the audience has little understanding of what it is despite the film’s efforts.

I think this movie would’ve been much more successful if the impact of the probe’s recovery came at the end of Act I instead of at the beginning. The film begins making scares once the alien is discovered, but due to the low levels of tension and character building, the scares tended to feel empty at times.

This film does, however, manage to provide some exciting and tense moments which I will not spoil in this review. Espinosa manages to use the cramped and dead-end filled space of the ISS to his advantage. The crew is forced to find unique ways to escape from the corners of the space station, most of which put them at very high risk.

Unfortunately, the antagonist was a let-down. At the beginning, “Life” emphasizes the intelligence, danger and uniqueness of the creature they discover. However, as the movie progresses, these themes never truly get fleshed out. When circling back to the trailers, which are filled with this depiction of the alien, this was something I was hoping the movie would explain going into it.

Horror fans will enjoy “Life” because the film truly is unique. While it was a breath of fresh air in a time of unoriginal movies, the movie did not fully live up to the trailer or what I was looking for.