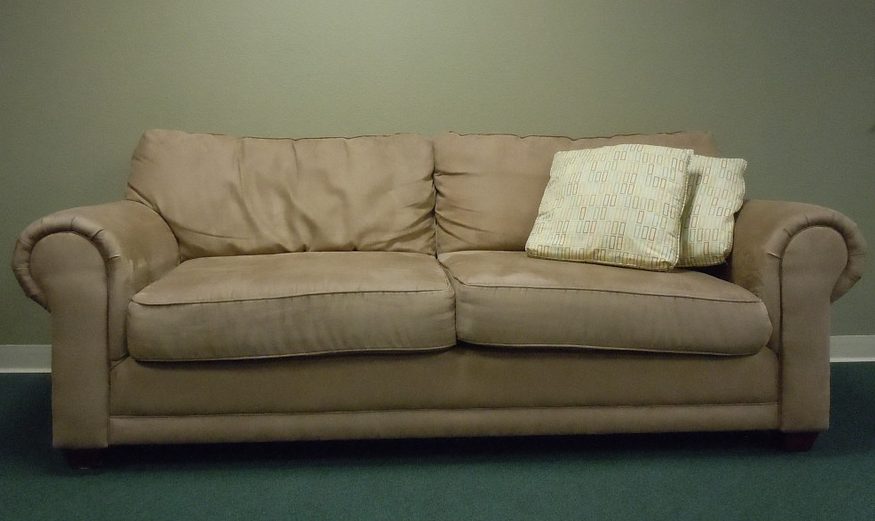 Jim’s couch to house students next semester. Courtesy of Pixabay.

Despite the fact that Lafayette’s new temporary dorms are not going to be ready for next semester as planned, the college said there will be no problems finding housing for the extra 100 students.

Director of Residence Life Moe Homes said he has “a really good buddy, Jim, who would totally let the 100 additional freshmen crash on his couch for a little while.”

“Although this isn’t the most ideal housing situation, Jim has a super comfortable couch and a huge flat screen TV in his living room,” Homes said. “And all 100 students are going to love his dog, Rex. He’s so friendly.”

Homes added that the college is considering adding a half-bath to the one-bed one-bath apartment.

Incoming freshman Jack Jones said that he recently found out he would be sharing Jim’s couch with 99 other residents next year. He had concerns originally, he said, but Residence Life helped him see the brighter side of the situation.

“I really was worried about it being crammed at first, to be honest, but then Residence Life told me I’d be able to hook up my Xbox One to his flat screen, so I’m pretty chill about it now,” he said.

Sources say Homes promised similar things to the 99 other students, but it is not clear whether Jim’s TV will be able to accommodate all of their needs.

At press time, Rex, a 100-lb. Rottweiler dubbed “the world’s most friendly pup” by Jim, woofed and yelped excitedly about the increasing amount of belly scratches now possible with the presence of 100 more humans.

Written by Between the Graham Crackers ‘007.