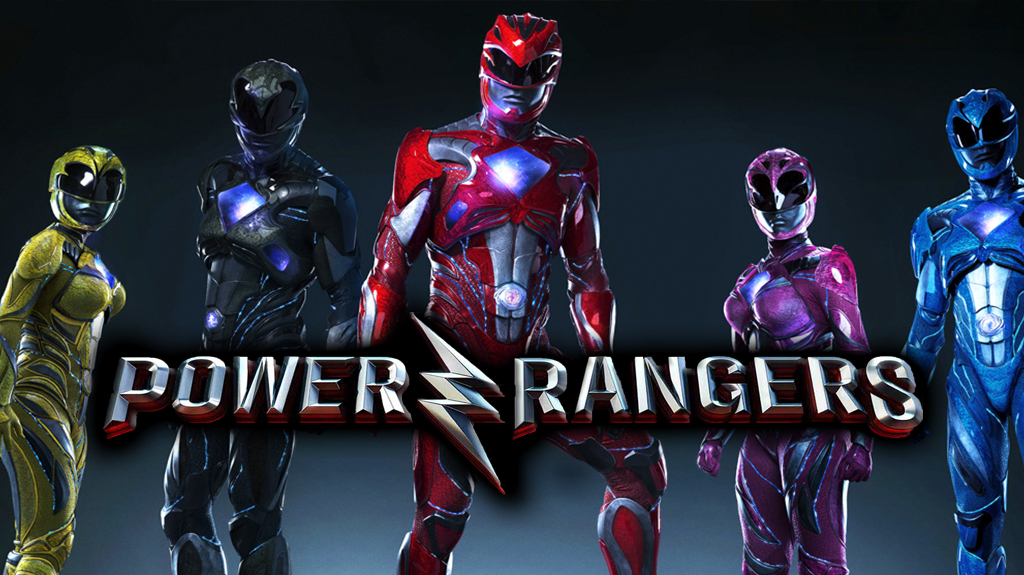 A week ago, I re-watched a few episodes of “Mighty Morphin’ Power Rangers.” It was quite fun to revisit a piece of my childhood which included watching people in spandex, giant robots, ridiculous plot lines and a campy atmosphere. “Power Rangers,” however, is not very fun. In fact, it stinks.

Living, breathing human beings should generally avoid this film. The film is a soulless attempt to cash in on nostalgia, but it fails to realize that the reason nostalgia sells is because the properties are entertaining and audiences want a modern way to relive them. In the case of “Power Rangers,” the freaking show is still on TV, so why would anyone want to go to the theater to watch bad characters wear nothing but the names of the original team?

“Power Rangers” is bad, but the true sin is, in fact, it’s not bad enough. It tries to have the dignity of a modern superhero flick, but fails to understand that “Mighty Morphin’ Power Rangers” was good specifically because it was campy, dumb and over-the-top. For those reasons, the show is still airing after twenty-three years. And it’s not because it’s great, it’s because it’s fun.

The pace of the film is phenomenal in its sluggishness. I don’t think I’ve ever seen twenty straight minutes of nothing happening in an “action” movie. Nothing happens, and the rangers’ student lives becomes too much of a focus of the already too convoluted story. This movie replicates the mistakes of 2015’s “Fantastic Four” and 2011’s “Thor” in thinking that audience members support the civilians instead of the heroes.

The only, and I do mean only, watchable part of the film is the villain, Rita Repulsa (Elizabeth Banks). To go along with the deliciously evil name, Banks appears to be the only person to have actually watched the old show. She chews the scenery like it’s a box of Krispy Kreme donuts and is so over-the-top and deliciously evil that it becomes a Saturday morning cartoon whenever she comes on screen.

It bears mentioning how the movie falls into some annoying clichés rather than faithfully representing the original gang. While using the original character names, the rangers could not be more different. They are moody little brats rather than good friends who bond over love of martial arts. The Red Ranger (Dacre Montgomery) is the star quarterback, for God’s sake. The rest of the rangers really create a pretty diverse cast, which works just fine, with the autistic Blue Ranger (RJ Cyler) being a particularly unique decision. It’s too bad they didn’t cast anyone on acting talent, since all the Power Rangers are just not charismatic, let alone watchable.

Then again, if director Dean Israelite failed to coax a decent performance out of Bryan Cranston, perhaps the fault lies solely with him.

This film cost over $100 million to make, and with how bad the CG looks, I don’t understand how these funds could have possibly been used. None of the actors are a big enough name to command a very large salary, and the show continues to have a surprisingly small budget for what they are able to pull off.

If you want to see the Power Rangers kick butt in 2017, “Power Rangers: Ninja Steel” is on Nickelodeon on Saturday. It’s a lot more fun than this movie and arguably has better CG. This film will have you rooting for the villain just to make it end. Thankfully, with it being on track to barely break even, the post-credits scene teasing sequels looks to be just an empty threat.

Growing up on MMPR I was honestly hoping it would be better. I wanted to love it because I love the original MMPR the most. Having the black kid not be Zack was annoying (just like making Human torch black was without also making Sue black). Even worse was them not keeping to the ranger formula. Rangers are supposed to be paragons of justice, self-sacrifice, servitude, and good. Not bratty broken individuals whose self-entitlement keeps them from seeing more than themselves until it kills the only one who was even close to being what a ranger is. As for the zords and the mega. Modernization is great and all but none of the zords are logical or intelligent, mastodons had 4 legs, as did triceratops, the movie even stated that the zords were modeled directly from the beasts. The only one that came close was the pterodactyl. Second was the sabertooth. The mastodon depending on the angle looked like an amalgam of a baboon, (rear) sleipner (sides) and some poor mutated elephant without ear flaps. Then there’s the mega, yes the original mega was a guy in a suit but IT DIDNT LOOK LIKE A GUY IN A SUIT, it looked like 5 robots formed together. The only modern zoid even visible was the ptera, and that was just for wings/swords sake. Which was ok but not enough of a saving grace. Even having my fave rangers making a cameo together couldn’t save the movie. It did some small things well, but it did a lot of big things bad. If they do make a sequel they better not screw with the original, any more if you’re bringing Tommy in, it has to be a guy, on par with Jason physically and attracted to kimberly. She was the one that truly saved him and it was their relationship that strengthened him when he lost his ranger power.
Honestly the director and writers need to watch the MMPR series (it’s on Netflix after all) and the first two movies.