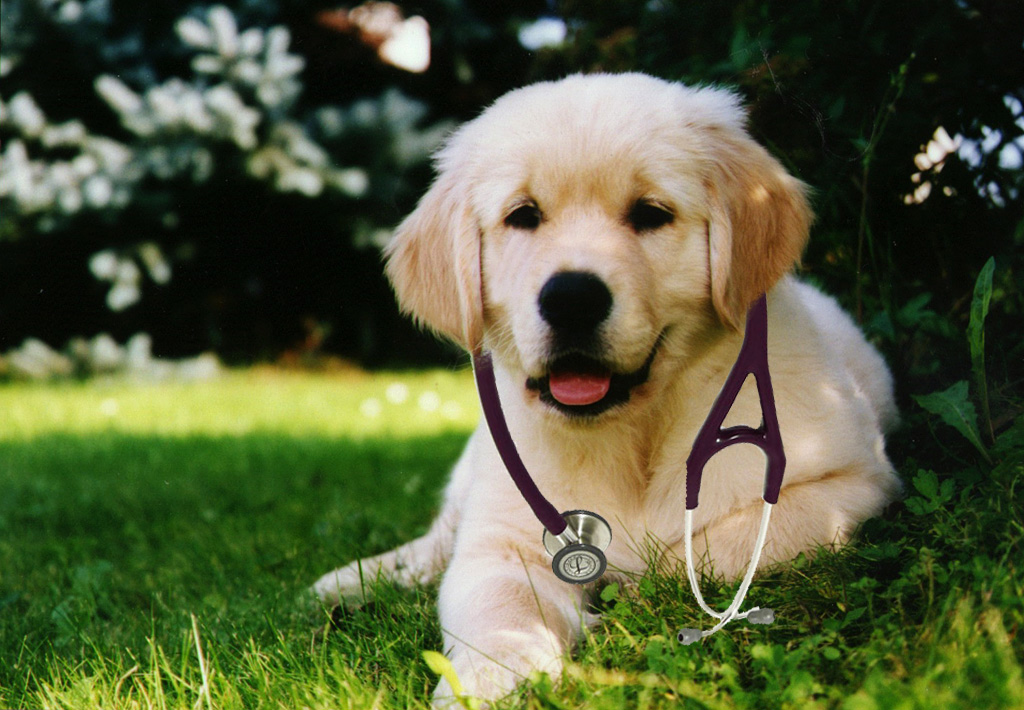 After being swarmed with outbreaks of norovirus, influenza and ringworm, Dr. Jeffery Goldstein announced to the campus that he can no longer take what students are dealing to him, adding he was feeling a little queasy.

Luckily, his successor has been groomed for years: energetic golden retriever and acclaimed medical professional Munson is taking over this semester as head of Bailey’s, trading in his doggy tag for a stethoscope.

Munson’s first order of business was to release a statement encouraging students to think before they sniff others’ butts. Although it’s obviously necessary to social interaction, sanitary measures should be taken.

He added that the student body needs to steer clear of flees and ticks and he will make this a priority under his watchful nose.

At press time, Munson did not comment vocally but implied via tail-wagging and rolling over that he would be ready for the job after some belly-scratching.

Fellow Bailey’s doctor Mark Kibbles said that despite only being alive for a little more than a year, Munson has never dropped the ball before. Kibbles once threw it all the way across the quad, and he returned it promptly.

Kibbles is confident that Munson, a good boy, will bring the same enthusiasm to student health.

Carl Wheezer ’21 said he was concerned about not having a human in charge of the college’s medical care, adding that dog hair aggravates his asthma. Wheezer was calmed however when Munson lied at his feet and wrapped himself round Wheezer’s leg.

Wheezer then proclaimed that Munson’s cuteness could cure illnesses for years to come.

Written by Between the Graham Crackers ‘007.