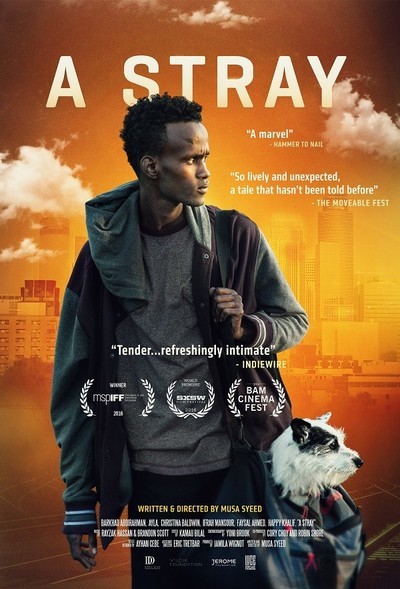 Beginning last week, the “Movies and Meaning” film series has invited students to view films from a new and enlightened perspective. The series, hosted by the Office of Religious and Spiritual Life, gives students the opportunity to explore select films with the goal of stimulating deeper thought.

Each week, students will watch a film set that looks at a particular cultural or faith tradition that allows them to discuss the values that form them.

“I’m hoping for something that people can latch onto and can allow us to talk about some of these values that are underneath a lot of the ways that we think about the world,” Intercultural Development Coordinator Liam O’Donnell said.

O’Donnell is in charge of organizing the programming for the series, which originally began after a conversation within the Interfaith Council, he said. The council consists of many of the religiously affiliated groups on campus, and the council’s discussions are lead by Director of Religious and Spiritual Life Alex Hendrickson.

During this conversation, the group mentioned having an interest in doing more programming that encourages interfaith dialogue and engaging in conversations, according to O’Donnell. O’Donnell and Hendrickson had the similar idea to do a movie series that would support this dialogue.

“I wanted to focus on movies that came from a location, and I mean location both in literal location, but more in the sense of from a perspective,” O’Donnell said.

According to O’Donnell, his goal was to choose movies that were not just about a singular ideology, but could relate to broader topics. Because the series is new and was planned fairly last minute, O’Donnell chose the films himself and worked to obtain the rights to show them. He said he hopes that if the series is successful, students will be able to have more of a say in the future.

Students have, however, been leading group discussions after the film screenings as a means of getting involved in the program. According to O’Donnell, he led the first week’s discussion, but Tuesday’s discussion was led by the International Students Association (ISA) and the discussion of the last film will be led by the Interfaith ASB group.

While attendance was on the lower end for the first film screening, a full house was not one of the goals for the series.

“It doesn’t need a huge turnout,” O’Donnell said. “It’d be different if you were trying to sell tickets and make money. You don’t need a lot of people to have a good discussion.”

Most of these films are likely unfamiliar to students, and one of the films has never even premiered in theaters, according to O’Donnell. In hopes of getting permission to show the film “A Stray” (2016), O’Donnell emailed the director of the film, who is now personally sending him the Blu-ray version.

“It’s hard because folks want it to be things that they already know,” O’Donnell said. “I could have just been like, ‘What movies are winning Oscars?’ and just picked a bunch of Oscar movies, but I didn’t think that would help with the discussion.”

These films aren’t intended to prompt specifically politically or socially driven conversations, but rather to raise ideas that inform these concepts, according to O’Donnell.

“Obviously, each of these films has something that they can teach on their own,” O’Donnell said. “But I think it’s more interesting if you come to this thing and a fellow student says something and you weren’t expecting them to say that or you learn something about the way that they see the world – and I think art can do that.”