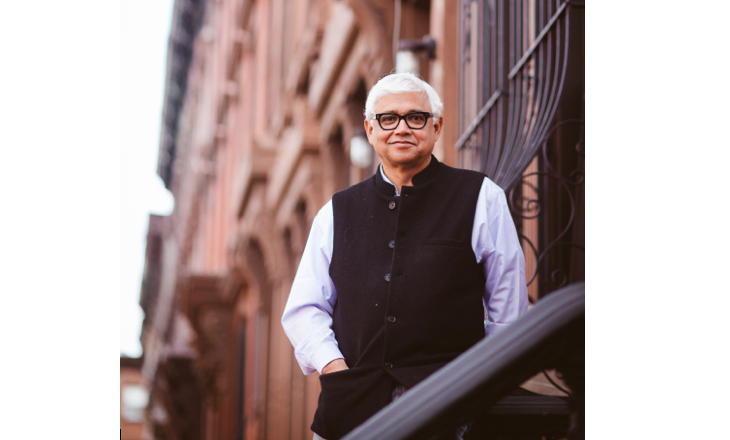 Amitav Ghosh visited the college to speak on climate change. Courtesy of Communications.

On Monday, Amitav Ghosh visited the college to speak on the irreversible effects of climate change as the college’s 2017 Jones Visiting Lecturer. Best known for his fiction writing, Ghosh has been recognized by honorary doctorates for his work in many different areas and has taught at universities worldwide.

In a small group discussion with students and professors from many intellectual fields, Ghosh claimed it was too late for humans to be able to reverse the effects of global climate change.

This conflicts with reports from the Environmental Protection Agency’s website that humans can reduce the effect of climate change by working to lessen the emission of greenhouse gases.

But Ghosh said that human actions at this point to reduce carbon footprints and the like are akin to “rearranging the deck chairs on the Titanic.”

Politics only feed into this problem because elected leaders are required to create growth and change, he added.

“This is the plan. The plan is that millions die” in order to maintain the current rate of growth and uphold a standard of living, he said, adding that is what makes climate change “so profoundly a crisis of modernity.”

For this reason, Ghosh said the only possible solution to this problem is one that completely redesigns the way the world, especially the Western world, thinks. His books show that what matters are the answers to a few questions.

His goal in speaking here at Lafayette was then for students to come away with the idea that they must change the way they think.

“The only thing that I would hope to do is help people see the nature of the problem,” he said.

His work in his homeland of Bengal made him realize that climate change has reached the point where it is already encroaching on land and people’s historic ways of life. This “catastrophe” brought him to think about the causes of climate change and he came to the conclusion that it was essentially globalization.

During his lecture, Ghosh told the story of two of the Spice Islands, Ternate and Tidore, in Eastern Indonesia. At one point, the cloves produced here were the most valuable commodity in the world simply for their rarity and their ability to create want and jealousy amongst different classes of people half the world away.

“What brought these people to Ternate and Tidore, in a sense it was capitalism, it was the clove…at the same time the reason they managed to get their hands on the clove was imperialism,” he said.

Ghosh used these small islands as an allegory for the rest of the world, portraying the imperialist use of resources as the beginning of the end for the environment.

“Ternate’s history is a microcosmic summation of the history that has brought us, and the earth, to where we are today,” he said.

This small island no longer can grow cloves as it has in the past because the trees are dying due to unusual weather patterns and forest fires.

Ghosh said that “Laudato Si,” an encyclical by Pope Francis, is the best climate change fighter because it “completely parts company with the technological…framework which actually just completely restate those [damaging] principles of desire.”

As a writer, one of Ghosh’s main concerns is that throughout history, catastrophic events such as global warming tend to find their way into literature and art, but things like Hurricane Sandy or the flooding of Delhi have not become a part of artists’ consciousness in the same way.

“Our distance to the Earth that we live in has grown in direct proportion to the degree of damage that we’re doing,” he said.