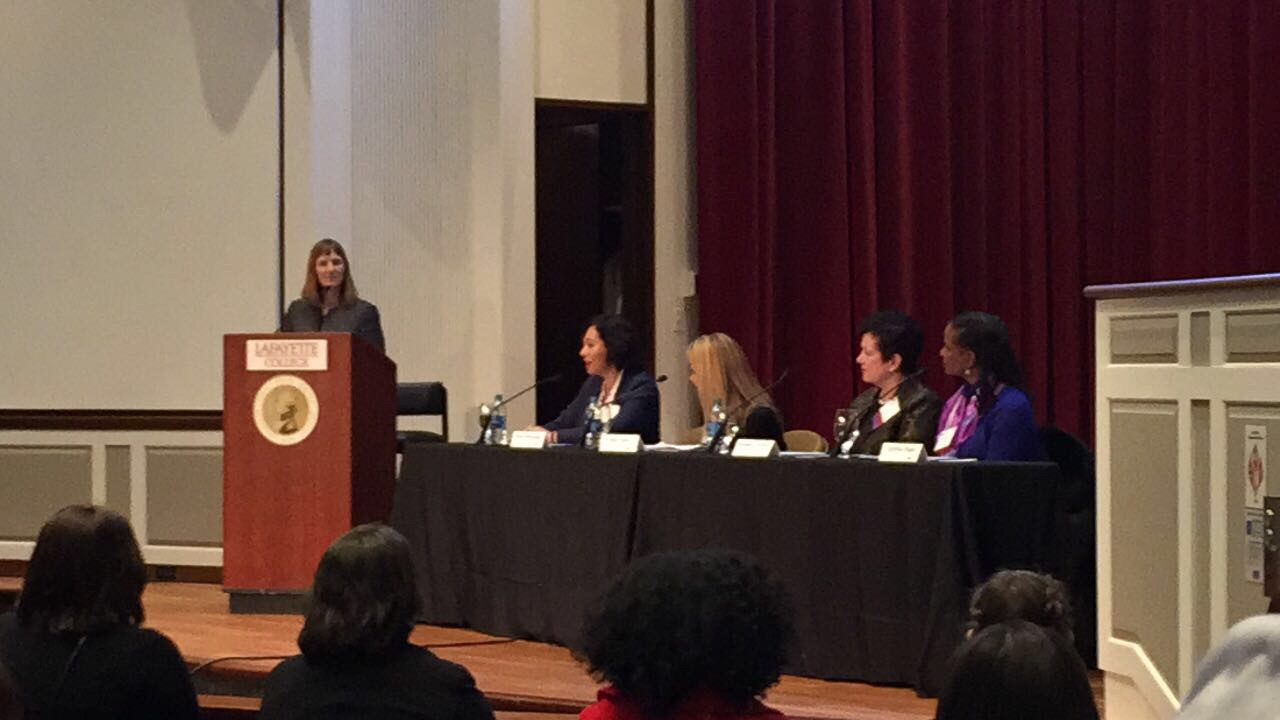 President Byerly and the panel of STEM professionals. Photo by Gabrielle Tropp ’20.

An all-female panel of doctors, lawyers, CEOs and PhDs were hosted on Monday night in Colton Chapel to discuss being a woman in the male-dominated STEM fields – science, technology, engineering and math.

Paige said that her academic career at Lafayette started off slow, but she learned and grew from her experiences.

“I got a D- in [general chemistry one] at Lafayette…[but] my three words that I live by are commitment, perseverance and introspection,” she said.

Funk gave advice for setbacks, as well. In response to a question from a local high schooler, Funk recounted a story of not being taken seriously at work, suggesting that the best way to combat these prejudices is to be self-aware.

“Know what you’re good at,” Funk said. “Be confident.”

The very first question addressed to the panelists came from Byerly.

“What does it mean to be a woman working in a STEM job?” she asked.

Fernandez said that it means having a “skill set that you can use in just about any career.”

Paige added, “I bring to it more the art of medicine…how we care for people is very different as a woman.”

One more question came from Candace Schrader, a woman from Easton who asked about how to maintain the proper balance between work and family. The panelists all agreed that it is important to forgive oneself for the times that a choice had to be made. Stranick added that it was helpful for her to “give up being tightly wound.”

This is the first time the college hosted the event, and Byerly said she considered it a success.

“I thought it was a really wonderful opportunity to help convey to young women in the community what could be exciting about working in a STEM field,” she said.

As a final thought for the audience, Stranick told the crowd to go after what they want and try new things.

“Try it,” she said. “You might be surprised by what you can learn from it.”