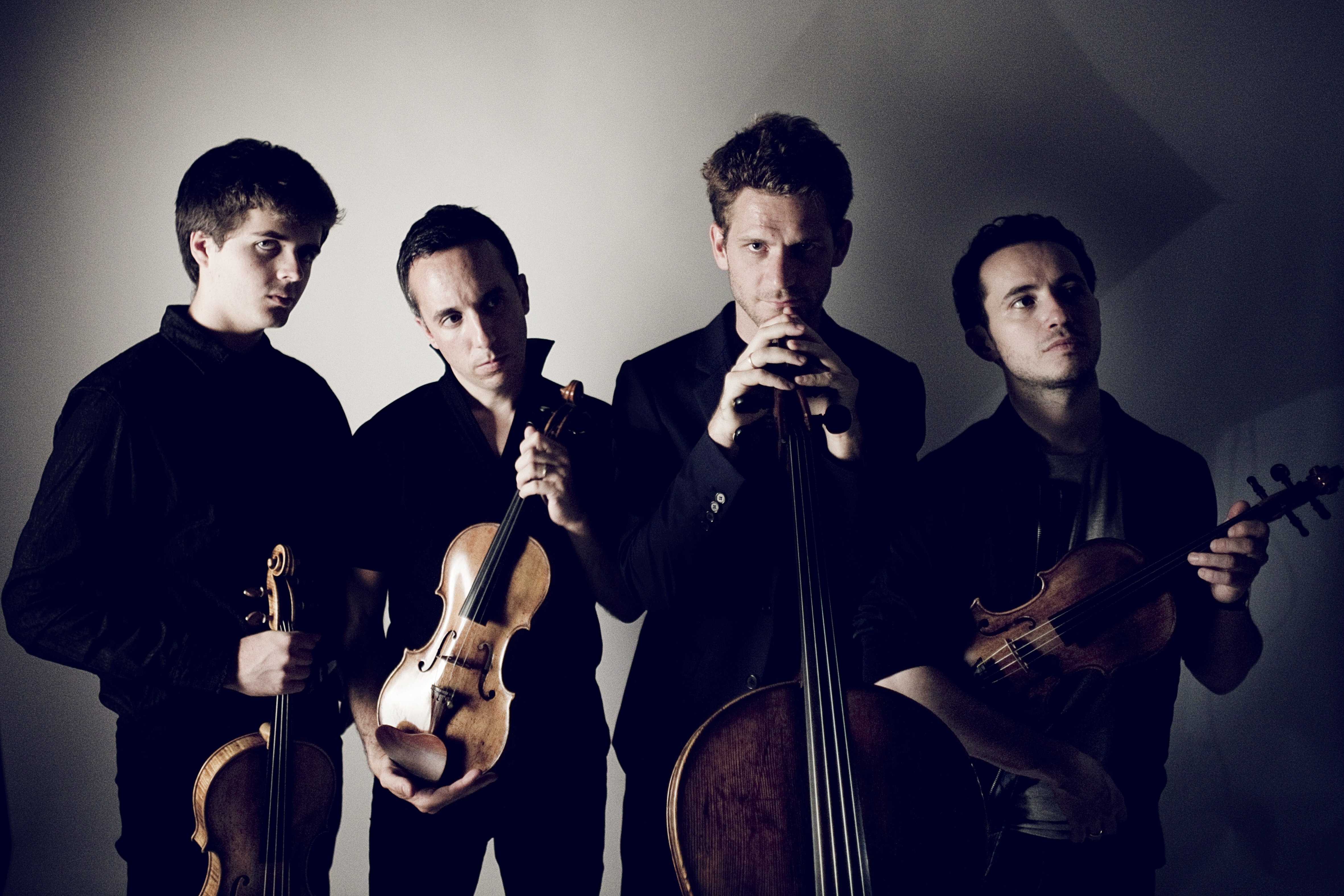 Many might associate classical music with being old and stuffy, but Quatuor Ébène may prove them otherwise.

The Guardian called the group’s performance with Gautier Capucon “freshly compelling.” Although the quartet is planning on playing classical music when it is scheduled to perform at the Williams Center for the Arts on Thursday, it is also known for experimenting with jazz and rock music. On its 2011 album “Fiction,” it recorded a range of songs, including jazz legend Wayne Shorter’s “Footprints” and Bruce Springsteen’s “Streets of Philadelphia.”

In an interview at the Verbier Festival on the classical music YouTube channel medici.tv, the quartet was asked who they would invite to their dream dinner party. Answers ranged from Prince and Miles Davis to Beethoven and Leonard Bernstein.

But its repertoire of jazz and pop tunes does not mean it doesn’t play the classics of classical music well, according to critics.

In 2011, NPR wrote that the quartet’s “reading of the slow movement of the Ravel quartet is a great example of – dare we say it – impressionism in music, with its entrancing array of muted colors and flickering lights.”

The Boston Globe wrote that the group’s “2009 recording of the Debussy and Ravel quartets stands up to nearly any rival,” even though they are well-versed in other forms of music.

And playing classical music is just what it will be doing at Lafayette. The group – consisting of violinists Pierre Colombet and Gabriel Le Magadure, violist Adrien Boisseau and cellist Raphaël Merlin – plans to play Mozart’s “Quartet in D minor, K. 421,” Beethoven’s “Quartet in F minor, Op. 95, ‘Serioso'” and Ravel’s “Quartet in F major” at Lafayette College.

After playing at the college, they will perform at Carnegie Hall in New York City.

In 2004, Quatuor Ébène won first place in the ARD International Music Competition, an annual classical music competition held in Munich. The Boston Globe reported that the quartet spent a day rehearsing for roughly 12 hours when getting ready for the competition. According to the 2014 article, the four members typically practice between six and seven hours on days they do not have a concert.

The open-mindedness of the quartet started from its beginning, according to the Globe. The group’s former violist Mathieu Herzog stopped playing his instrument and found himself as a vocalist and guitarist for a funk band in Paris during his teenage years.

Nearly giving up on classical music, the Globe writes that he was convinced by Clombet to play the Ravel Quartet with some other musicians. Ever since then, he was hooked.

Herzog left the group, but the spirit of exploration in music appears to still go on.

The performance is scheduled for 8 p.m. on Thursday in the Williams Center for the Arts.