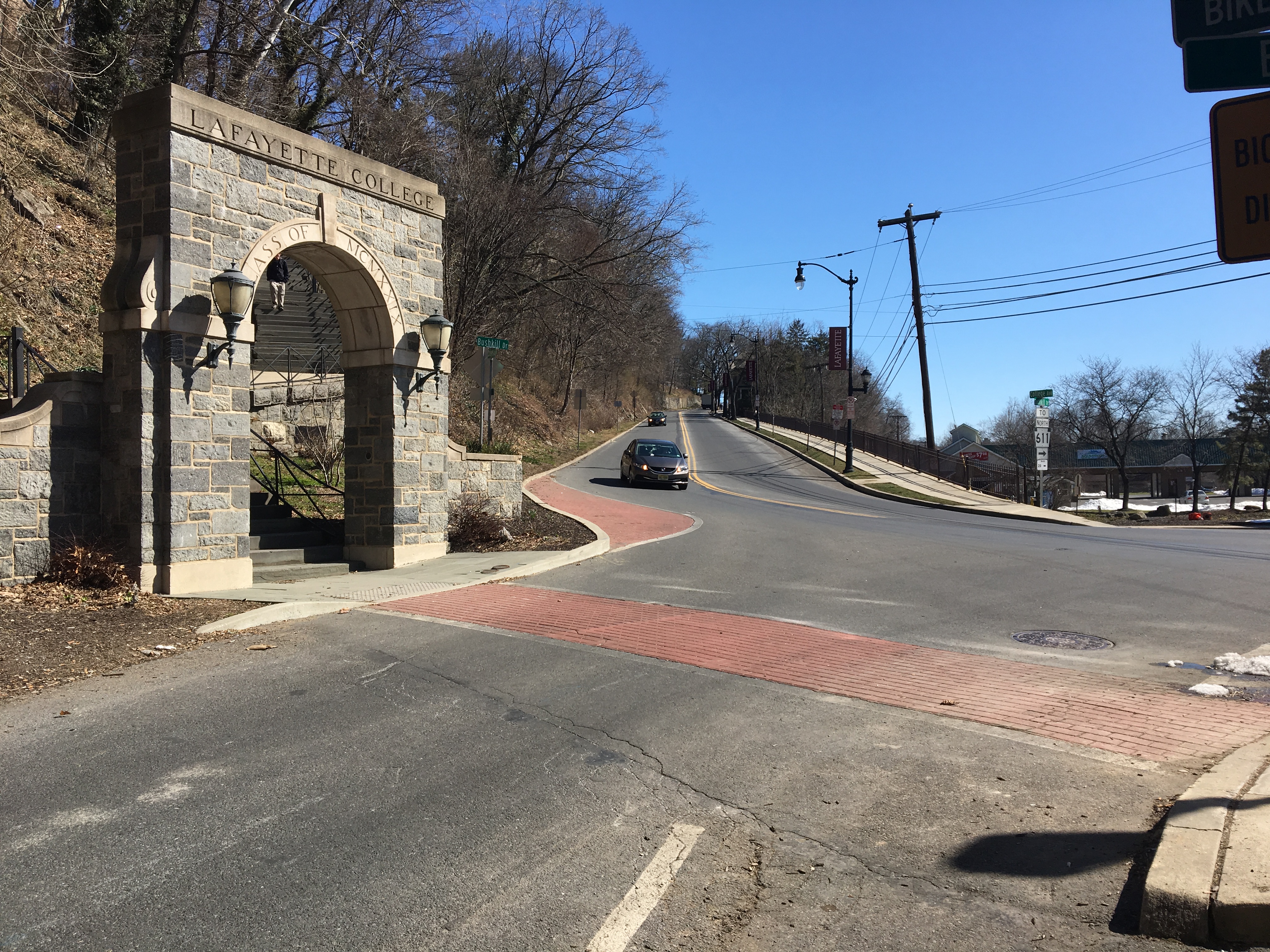 On his way to class Monday morning, Noah Decker ’19, was hit while crossing the street by a pickup truck turning right onto Bushkill Drive from College Avenue. Decker said he did not suffer any major injuries from the accident.

“I thought I definitely broke something, because I was pretty much in shock when I got hit. I was just laying there,” Decker said. His backpack broke his fall when he bounced off the truck, and he sustained only minor bruising.

The incident, though, highlighted for the college the need to reconfigure the road to make pedestrians safer.

President Alison Byerly said that the college considers the area of the road where Decker was hit unsafe.

One option to potentially make the road safer includes narrowing the road during the summer and pushing out the curb.

“What they’re going to do is narrow the street, and I think put a median strip in so that the corner is sharpened a bit, and you can’t sweep around it as quickly as you do now,” Byerly said.

Director of Public Safety Jeff Troxell said he is also working on the plans for increasing pedestrian safety in this area.

“That one spot specifically, adjustments are going to be made to calm traffic down,” he said. “We’re narrowing the roadway and kind of making that more of a pinch point there so traffic has to slow down.”

Troxell also said the college could possibly restrict road access to only emergency vehicles and public safety after construction this summer, so regular vehicles won’t be allowed through.

“It’s basically going to be parking for The Spot, and then that road will still be accessible just for emergency vehicles and public safety, so it’s not going to be a thruway anymore,” Troxell said.

Decker agrees that increasing the safety of this area and forcing cars to slow down is a necessary measure.

“Cars are pretty aggressive there, it’s a fast area. I’ve heard a lot of people these past couple days saying it’s dangerous, and I just see cars just drive there without looking at all,” he said.

Troxell said the incident is still under investigation by the Easton Police Department.

According to Decker, he was walking down the stairs for class at the arts campus. Decker admits to not looking both ways before entering the crosswalk, but when he did look up, the truck was right there.

He said he believes the truck was going anywhere from 20 to 30 miles per hour.

Decker said he did not look both ways before crossing.

Troxell said the incident is still under investigation by the Easton Police Department.

Pingback: Bridging the gap up and down the hill: the struggle to integrate the arts campus – The Lafayette