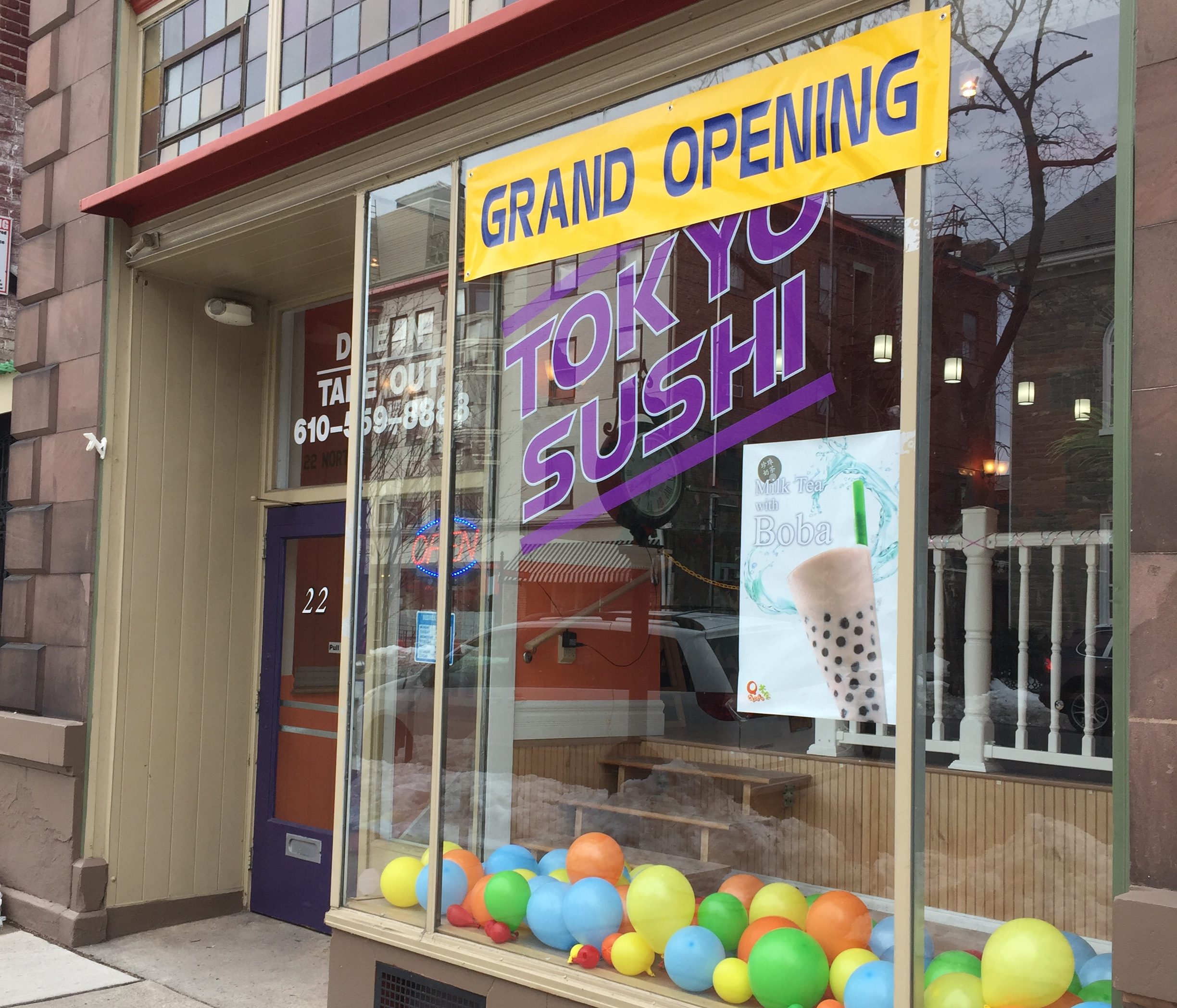 When Xin Yu opened a new sushi restaurant, he didn’t keep his classic Plum House purple. Bright orange isn’t the color of money, but he jokes that the color of his new restaurant makes people rich.

In early March, the previous owner of Plum House unveiled the new location at 22 North 3rd St., next to Quadrant, and gave it a new name: Tokyo Sushi. Yu took the opportunity to give the menu a bit of a rework.

Fried rice, lo mein, shrimp and broccoli dishes and of course egg rolls were the classics at Plum House, and they remain with Tokyo Sushi’s menu. Plum House served Chinese and Japanese dishes, and Tokyo Sushi will have a greater focus on sushi.

Customers hungry for sushi can find something to fill their stomachs, but a sushi bar can fit several of them at once, and give them a view of the sushi creation. The restaurant now offers bubble tea in eight flavors.

Plum House has been on Cattell Street on College Hill for about three years. It took three months for the restaurant to renovate the new space to accommodate a kitchen and seating for roughly 25 people.

Sogo Fusion Lounge, which also serves Chinese and Japanese cuisine, is just around the Centre Square roundabout, but Yu insists there is little competition, because his sushi is bigger.

“There’s just more in the sushi,” he said.

Although Tokyo Sushi doesn’t take flex money, if students show a Lafayette ID, they can receive 10 percent off purchases above $10. Customers can bring their own bottles of alcohol.

Since they opened their new location, business has picked up, although not yet as many students as his location on College Hill.

Tokyo Sushi is the latest change to the restaurant scene in downtown Easton. Oak, a steak restaurant, is soon to open next to the public market. Valenca closed down at the end of last year and will be replaced by a new eatery. Drinky’s Pub shut its doors after 13 years and will transform into a live music venue.