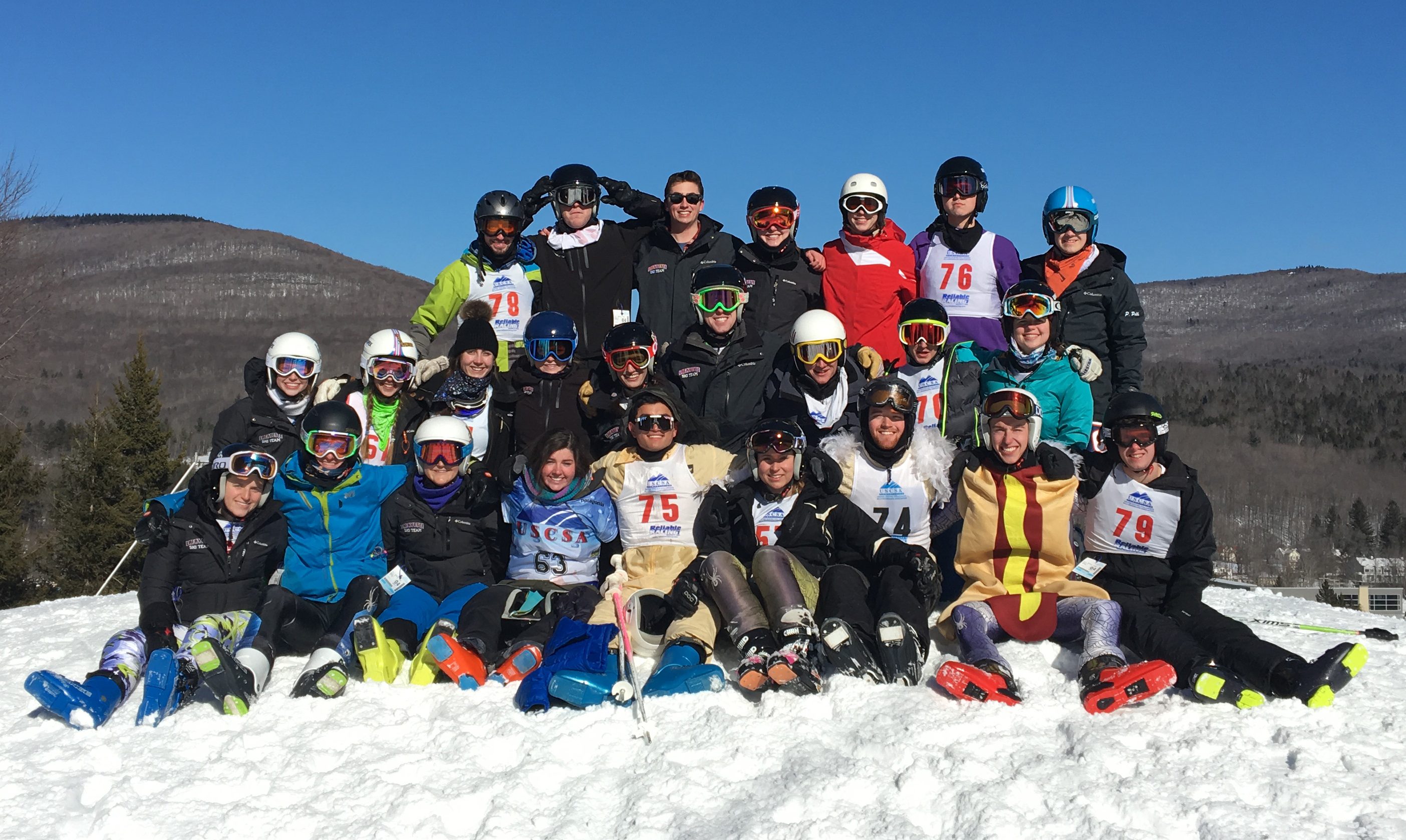 The Lafayette ski club took off for spring break a week early, but not to relax on a beach with the sun shining. Instead, they went to a snowy Oregon ski mountain to compete nationally.

“Overall, you’re excited,” Polk said. “It’s the highest level you can get in the sport. Like the World Series, nowhere to go beyond it. Everyone’s just excited to be there.”

It was a new experience for the team, as many of the members are used to skiing on eastern mountains. However, two years ago juniors Sydney Burton and Kendall Sangster traveled to Mt. Bachelor to compete in nationals alpine events when they were freshmen at Lafayette.

“We had to travel this year,” Polk said. “So I think we all learned that it’s definitely easier when you don’t have to travel across the country, but it was just an amazing experience racing on the west coast. It’s a whole different type of snow.”

Another big difference between Mt. Bachelor and the mountains where the club is used to competing is the elevation.

“It’s at a much higher elevation,” Polk said. “When you’re up that high, it has an effect on your lungs. When you’re competing, there’s noticeably less oxygen there.”

“They went as well as we could have asked, given the nature of the event,” Polk said. “I definitely think the course was different from what we’re used to seeing, but we still did the best we could. It was definitely a really good season. Everyone showed a lot of improvement. We’re happy to be finished, but in a month or two, we’ll probably be looking forward to next season.”

In addition to the alpine events, Polk, Burns, Garrett and Carleton competed in men’s skier-cross. As a team, Lafayette placed seventh out of 27 in the Skiercross event. Burns came in 15th place.

“I think that the team did well,” said Erdman. “We were up against some incredibly good teams, and individuals, and conditions weren’t optimal. Overall I think everyone held their own and ripped it up…The great thing about being on a team is that everyone is competing for the common good of the team. Everyone is incredibly supportive of each other when they do well, or not as well as they had hoped. I think everyone went out there in tough conditions and longer, tougher courses than we are used to and gave it their all.”

For Erdman, it was her final event as a member of the Lafayette Ski Club.

“It was definitely a really bittersweet moment finishing my last race,” she said. “I have had so many great memories over the last 16 years of racing, and many of them have been over the last four years with such an amazing group of people. I am really going to miss the sport, and all of the people I have met on the team along the way. I know they are going to kick ass next year and I am going to be rooting for them from wherever I am.”

Polk will return with the club for one more season during his senior year.