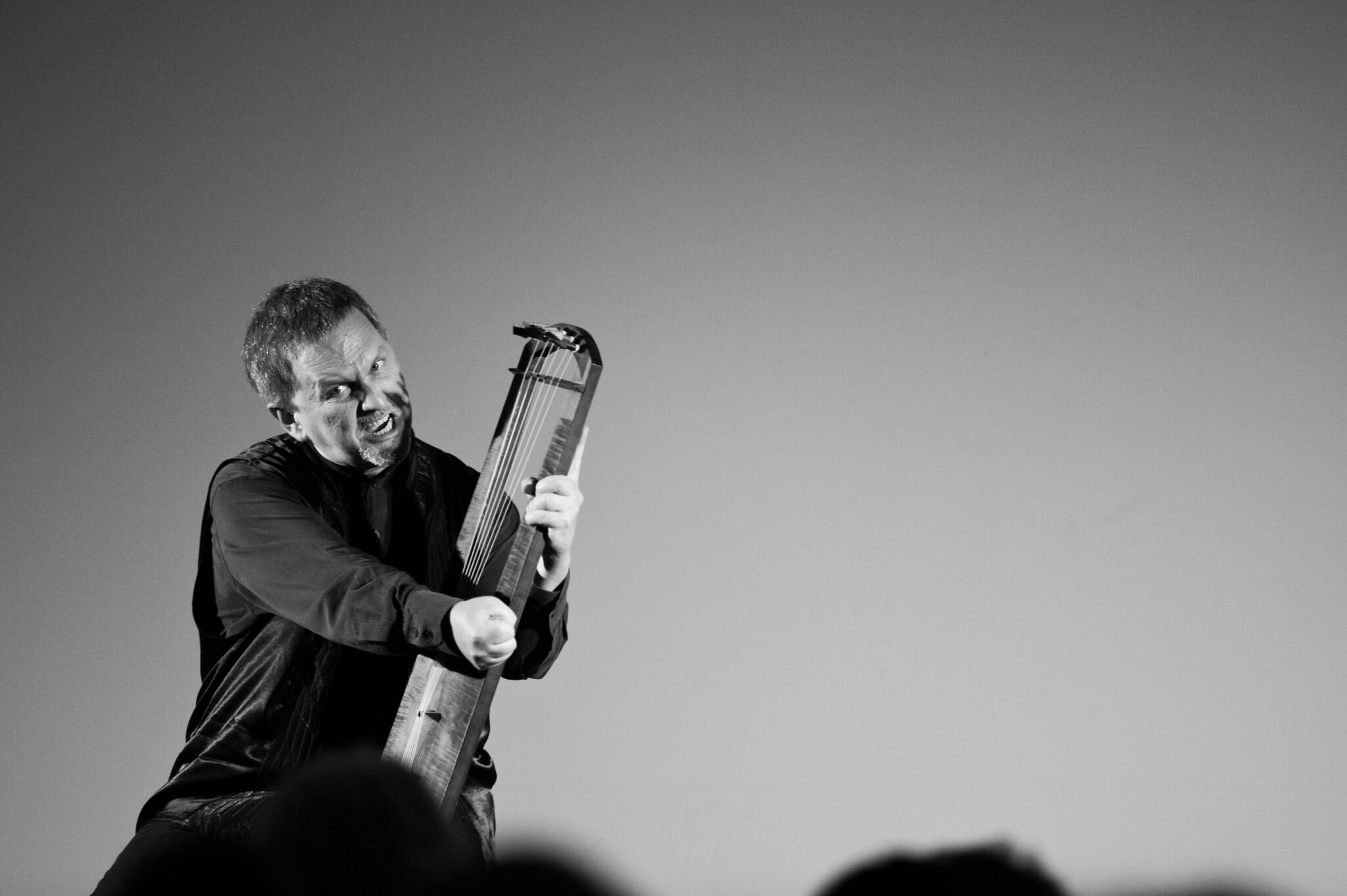 Benjamin Bagby will perform ‘Beowulf’ in a one-man show tonight at the Williams Arts Center (Photo courtesy of Jana Josif).

Despite being a millennium old, the tale of the heroic Beowulf and his conquest of the fearsome Grendel continues to captivate audiences.

Benjamin Bagby, a world-renowned performer of medieval music, will bring the age-old tale of “Beowulf” to the stage of the Williams Center for the Arts Friday night in a one-man show. In the show, Bagby will perform the epic vocally, while simultaneously playing the Anglo-Saxon harp. According to the Williams Center’s page on the show, the performance will be in Anglo-Saxon with English supertitles.

In 2016, Bagby won REMA’s Early Music Award and afterwards conducted an interview with REMA. According to the interview, Bagby launched his career with his ensemble “Sequentia,” which he created after graduating from college. He then took the ensemble to Cologne, Germany, where it remained for 30 years. The ensemble, which is made up of a flexible array of musicians, shares the common goal of changing people’s perception of how medieval music can be performed, Bagby said in the interview.

Bagby focused his studies on performance techniques, as well as medieval literature and immediately saw a relationship between the two disciplines. In earlier time periods, dating back as far as the eighth and ninth centuries, civilizations were pre-literate, which meant that tales were told orally, according to Bagby. These oral performances inherently added an element of drama to the stories, and Bagby finds it imperative to bring back the sounds of these tales, according to his interview.

His interpretation of “Beowulf” comes from one of his earliest projects, “The Lost Songs” project, in which he attempted to discover Europe’s earliest notated music structures. “Beowulf,” which was written in 11th century England by an anonymous poet, was one epic told orally all over Europe, according to Bagby in his interview with REMA.

“Beowulf” documents the story of the lonely monster Grendel, who is provoked by the laughter coming from a nearby kingdom, according to the story synopsis available on the Williams Center’s website. For years the monster devours the warriors of this kingdom, until news of his attacks reaches distant lands. Beowulf, the nephew of a Swedish king, hears of the assaults and sails to the Danish coast to offer his assistance. One night, when Beowulf and his men occupy a banquet hall in order to catch Grendel, Beowulf rips off the monster’s arm and kills him. Crowds form the next morning to see the monster’s trail of blood and severed arm and the king of the land promises Beowulf riches as a reward for his bravery.

Bagby’s performance of “Beowulf” will be a rare opportunity for students to see the epic come to life as it was originally performed. The show is tonight at 8 p.m in the Williams Arts Center and tickets are free for students.

From noon to 1 p.m today in Skillman Library, students are also invited to attend “Reconstructing Beowulf,” a conversation between Bagby and theater professor Suzanne Westfall.