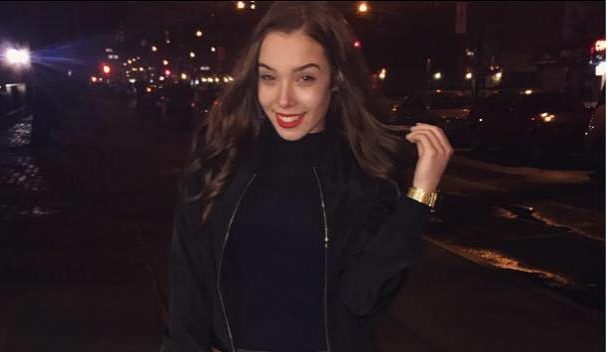 While celebrating her 21st birthday on Wednesday night, Amanda Miner ’18 was killed after in a drunk-driving related car crash on the Williamsburg Bridge in New York City.

Miner was an anthropology and sociology major who lived in Brooklyn and studied abroad in Costa Rica. She graduated from East Harlem’s Young Women’s Leadership School in 2014.

Miner was in the backseat of a car driven by Stefan Hoyte, who ABC7 News reports was a 26-year-old off-duty traffic cop. Hoyte and another passenger were taken to the hospital with minor injuries, and Hoyte was charged with driving while intoxicated, vehicular manslaughter and criminally negligent homicide.

Hoyte had lost control of the car with such speed that the car was split in two. Both Hoyte and the other passenger, Michael Camacho, are in stable condition, the New York Daily News reports. The investigation is ongoing.

There will be a vigil for Miner on Tuesday at 4:15 p.m. in Colton Chapel.

In class, she “spoke often, and had smart things to say. And she would speak her mind. If she had an opinion, she was going to offer it,” Shulman’s remarks continued.

“Right now I have nothing to say, I can only pray. I lost a very dear friend this morning. We [grieve] differently but please please remember the kind soul of Amanda Miner in your prayers,” Noureen Abdelrahman ’18 wrote.

Noah Legner, ’17 offered his condolences: “Your smile was bright. Your laugh was gorgeous. You never failed to spread your happiness and knowing you is a blessing. It’s hard to believe, but you will never be forgotten. Rest In Peace Amanda Miner.”

This story is being updated. This story previously reported that Miner’s major was psychology. Psychology was an interest when she began at the college.

May she rest in Peace. God bless her family