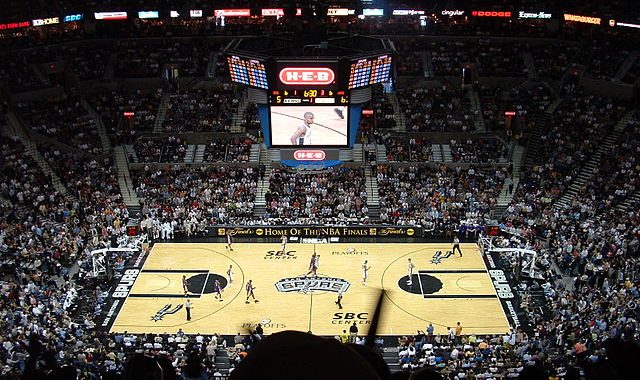 With about 20 games left in the NBA regular season, we’ve come to learn many things. We’ve learned that the Cleveland Cavaliers and Golden State Warriors are still at the top of the league, with a couple other near elite teams behind them. We now know, for the most part, what the Western Conference playoff picture will look like – with the top seven teams almost certainly clinching a playoff berth, barring some unforeseen circumstances. The last spot in the West, however, is far from settled.

Currently, the Denver Nuggets hold that spot with a slim 1.5 game lead over the Portland Trail Blazers. It’s not just a two-way race, however. Right behind the Trail Blazers are the surging Dallas Mavericks, who after an 8-30 start have climbed to a more modest 26-36 record. The rebuilding Sacramento Kings and young Minnesota Timberwolves both sit three games back, with the new look New Orleans Pelicans trailing them by only half a game.

It’s pretty crazy to think that in a conference with 15 teams, 13 of them have a legitimate chance at making the postseason. With so much parity, it’s fun to envision first round match-ups with these potential eight seeds and the dynamo Warriors (especially if they’re missing Kevin Durant for a game or two due to an MCL sprain he suffered a couple weeks ago).

Let’s say that everything is held fixed, and the Nuggets make the postseason. Star big man Nikola Jokic, with his flashy passing and efficient scoring, seems to be the kind of guy who would dazzle in postseason play. With a plethora of shooters on the wings, the Nuggets could certainly pile up points in what should be an exciting series. The biggest problems for the Nuggets would be a lack of depth and poor match-ups. Jokic would get swallowed up by the defensive player of the year (DPOY) candidate Draymond Green, while veteran point guard Jameer Nelson would probably need ankle insurance after attempting to guard Steph Curry.

Next we encounter the Trail Blazers, whose interior rebounding and dribble-drive presence could pose a problem for the perimeter oriented Warriors. If we’re being honest, however, the levels of talent between the two teams are simply incomparable. Behind Damian Lillard and C.J. McCollum, the Blazers have almost nobody else capable of creating their own shot or setting up others, with Denver castoff Jusuf Nurkic as their best true big.

Potentially the most enticing, and quite possibly the most star-studded matchup would be a rematch of the 2015 NBA playoffs, with the Warriors going up against the Pelicans and the daunting front-court of Anthony Davis and Demarcus Cousins. These two stars can dominate the interior with their high efficiency scoring and tenacious rebounding, while the perimeter players simply have to be able to hit the open looks afforded to them by the presence of these bigs. Defensively it’s a whole different story, however, with the abundance of sharpshooting wings and expert passers more than capable of wearing out the New Orleans defense, especially with their poor depth.

While it may be fun to dream up these fun eight seed scenarios, we must still remember that the mighty Warriors stand in their way, and a win against them is certainly no easy feat and most likely improbable.