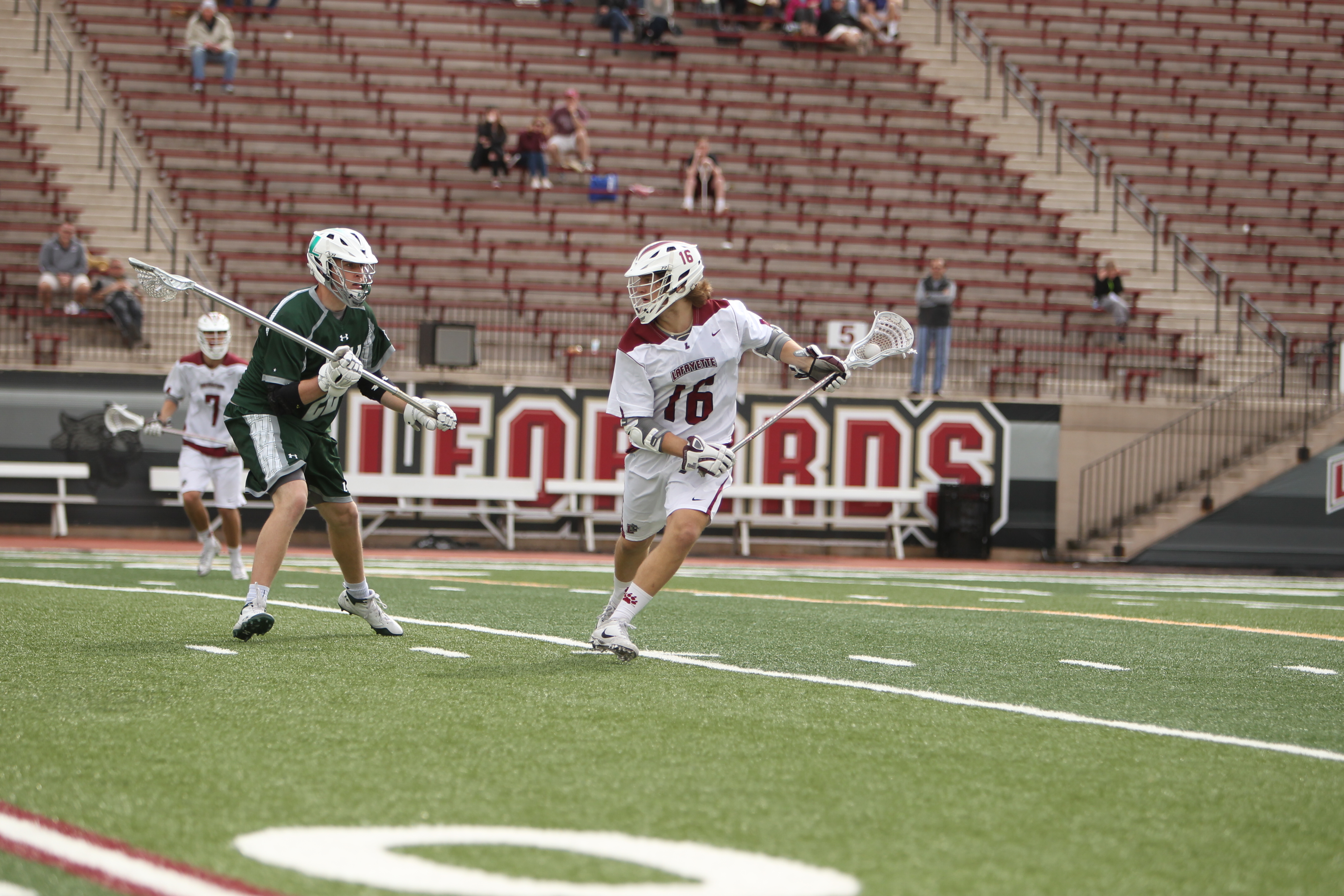 After entering the season with high hopes, the men’s lacrosse team is off to a tough start.

This weekend, the Leopards played their home opener at Fisher Field. Lafayette took on Loyola, who is ranked eleventh in the nation. The outcome was what many expected, as the Leopards fell to the Greyhounds by a score of 18-5.

Junior Alex Mezey got his first career start in the game and didn’t disappoint, scoring three goals for the hat trick. Unfortunately for the Leopards, the Loyola offense was too good as they put up an incredible 57 shots on the afternoon, with 34 of them being on net.

The Leopards dropped to 0-4 on Tuesday night, as they traveled to Fairfield, Conn. to take on Sacred Heart University. Lafayette got off to a slow start as they conceded four goals to the Pioneers in the first six minutes of the game. The Leopards fought back, with goals from senior co-captain Eric Joseph and sophomore Michael Sullivan to end the first quarter trailing 5-2.

Sacred Heart added three more goals in the second quarter, with a lone goal coming for the Leopards from junior Scott McAvoy to make the score 6-3. The Pioneers remained on the offensive and notched two more goals in the final minute of the first half, extending their lead 8-3.

Opening the second half, Scared Heart came out of the locker room hot and added another three goals to their already commanding lead, bringing the score to a lopsided 11-4 deficit for the Leopards. Senior co-captain Kevin Lewis was able to grab one goal with one second to go in the third quarter to give the Leopards hope heading into crunch time.

It was the Leopards who took command of the final quarter, netting three goals to bring them within three with 11:30 remaining in the game. Despite the late game efforts of the Leopards, it was not enough to erase the early deficit. The Pioneers went on to score three of the game’s final five goals, bringing the final tally to a 14-10 Pioneer victory.

There were three Leopards who tallied multiple goals in Tuesday’s game. Joseph, Lewis and McAvoy all tallied two goals and an assist for Lafayette. The main issue for the Leopards coming off the field can be seen in the box score as they were outshot 27-35 and their percentage of shots on goal was only 63 percent to the Pioneer’s 77 percent.

The Leopards may need to be more aggressive around the crease, taking more shots with better accuracy. Sophomore Michael Sullivan was extremely successful at face-offs, winning 15 of 25. However, the protection of the ball for the team was a key issue as they notched 20 turnovers on the afternoon. Sophomore goalie Jonathan Anastos put in a solid effort in goal as he posted 13 saves, and his third time in four games producing double digit saves.

The Leopards will travel to West Point on Saturday to take on the Army Golden Knights in a Patriot League tilt at 12 p.m.