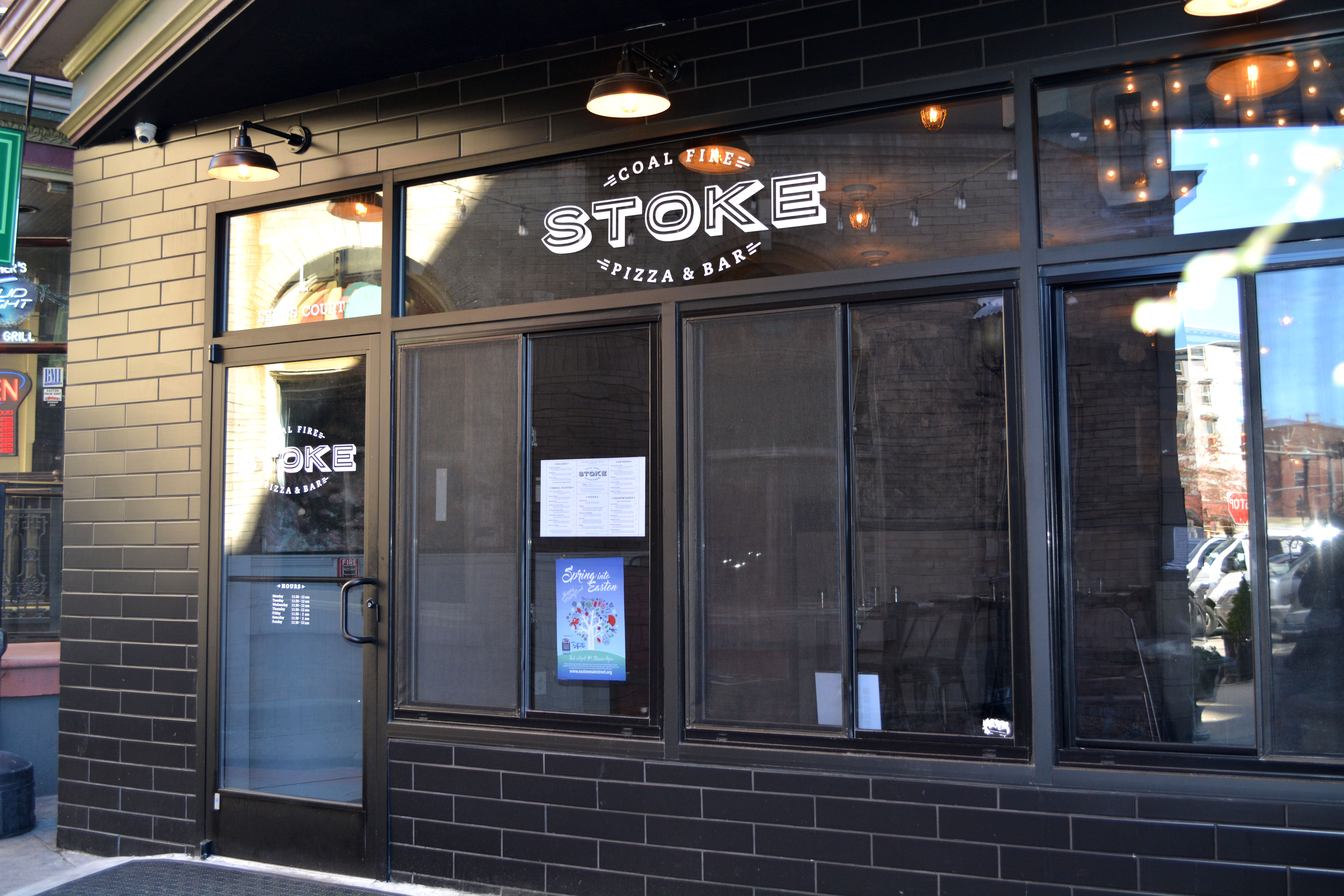 Since it opened at the beginning of the academic year, many Lafayette students have formed a fan base around Stoke Coal Fire Pizza & Bar. Regularly, students travel down to Centre Square to enjoy the variety of pizzas and other foods Stoke has to offer. Aside from its quality food, Stoke also attracts students through combining two of the more enjoyable things in life – food and music.

While Stoke commonly hosts live performers, the restaurant is now inviting student performers to bring their talents to its “Play for Pizza” event every Wednesday night. The weekly open-mic gives students an opportunity to showcase their skills and as a reward for participating, performers receive a half-price pizza and a free drink if they are of-age.

Ben Ritter ’17 spearheaded the initiative to begin bringing students down the hill to perform at the open-mic. Stoke management hopes the event will draw more Lafayette students to the venue along with sourcing talent for weekend performances, according to Ritter.

The initiative is already underway as students have begun performing. One student, Joanna Harris ’17, performed at the open-mic before being offered a paid gig on Friday, Feb. 24. According to Harris, her style ranges between jazz and folk singing and songwriting. At the gig, she did a mix between covers of songs and original songs of her own. For Harris, the Stoke performance wasn’t a hard sell.

“I love Stoke,” Harris said. “Even before I played there, I’d go there to eat. It’s a really relaxed, laid back, modern feel to it.”

According to Ritter, the “Play for Pizza” nights have been a big success so far.

“There have been times when I’ve come down to see a table of 13 people and it was their friend’s birthday and it was really nice to see once you bring in musicians we already saw a crowd,” Ritter said. “I’ve seen a couple tables that I’ve seen return for a few weeks which is really nice.”