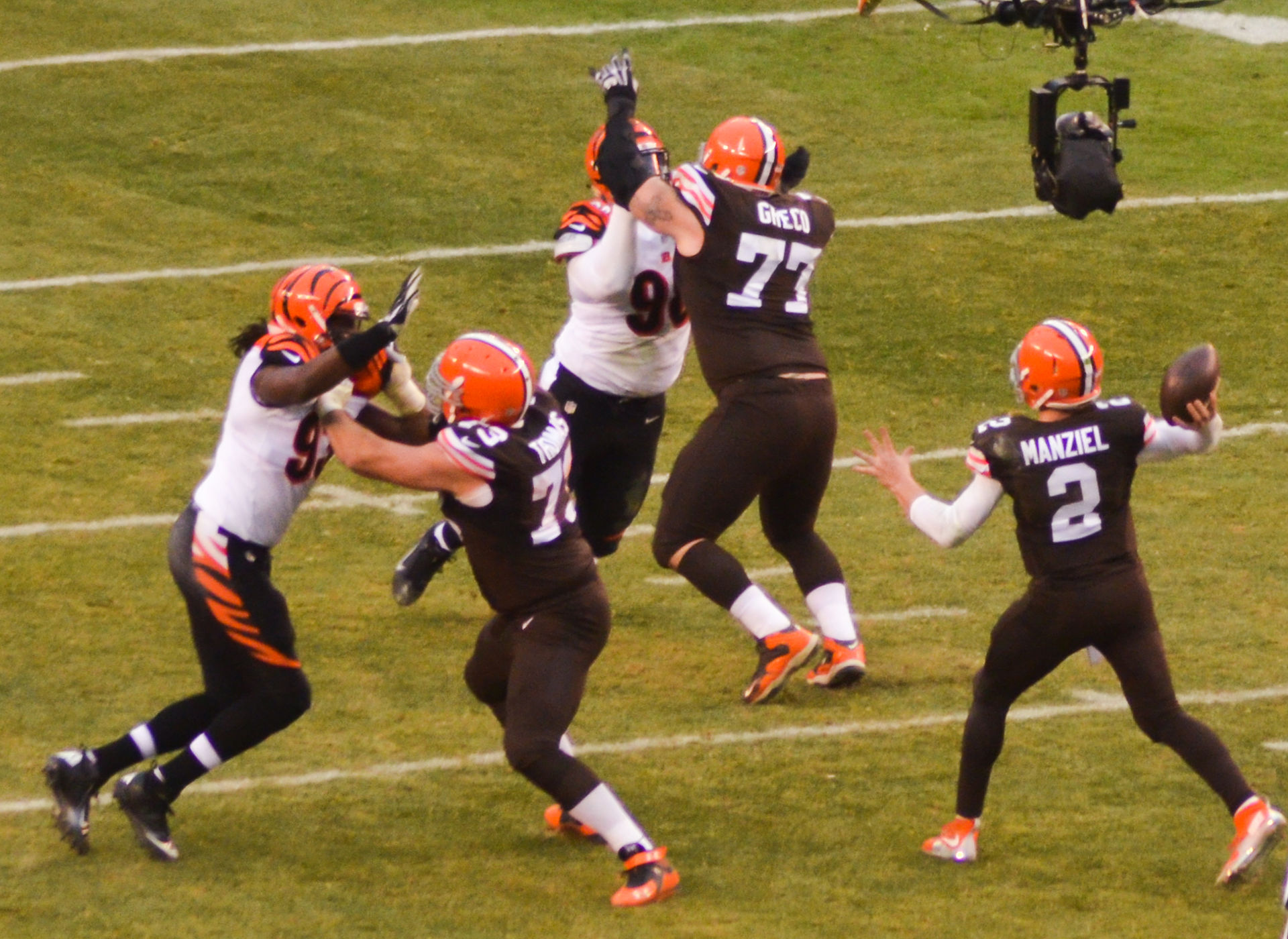 You’ve probably heard this one before: Johnny Manziel is attempting an NFL comeback.

While it may seem like just a slow news day headline at first glance, it could warrant further investigation. After bottoming out of the National Football League at the beginning of 2015 due to various substance and alcohol related issues, Johnny Manziel entered rehab and wasn’t heard from much since then. After claiming sobriety and re-hiring his agent, it looks like we may not have seen the last of Johnny, as he has stated his desire to play in the NFL again.

I understand the risk for any NFL team to take him on. First, that team would be under a microscope with a character as large as Manziel coming into the fold. Additionally, when he played in 2015 for the Cleveland Browns, he struggled with inconsistency and inaccurate passing. Last, but certainly not least, there’s always the potential risk for relapse. In this regard, you don’t know what you’re getting from Manziel whether he’s playing or off the field.

While this may be a deterrent for some teams, I see it as a positive. Let’s say you’re a quarterback-needy team with very little talent around you, like the Jets, for example. Would you benefit most by signing a mediocre veteran like Brian Hoyer for a couple of years and maybe struggle to go 6-10 every year, or would you roll the dice with a wild card in Manziel?

Keep in mind that this is one of the weakest free agent quarterback classes in nearly a decade, and in free agency, even a sub-par talent like Brock Osweiler can command $72 million. If Manziel struggles, it’s not that big of a deal. You’d get him on the cheap and people wouldn’t be that surprised if he flames out and you move on. If he pans out, however, it would be heralded as a genius move – one that could change the direction of the franchise while exciting the fan base.

While inconsistent in the few career starts he’s made, a lot of that is not Manziel’s fault. He struggled with a poor coaching staff, a nagging hamstring injury and a dearth of talent around him. The most productive receiver he had on his team was Travis Benjamin, who flamed out stupendously with the San Diego Chargers this season. Even though his stats weren’t up to par, Johnny still showed that he could make the big play, both with his arm and with his legs. In fact, Manziel ran for over 100 yards in the last game that he played.

As one of the biggest college stars in recent memory, it would be remiss to claim that Manziel doesn’t have any talent. For a team with nothing to lose and everything to gain, it just makes sense to give Johnny a shot – that’s all he’s ever needed.