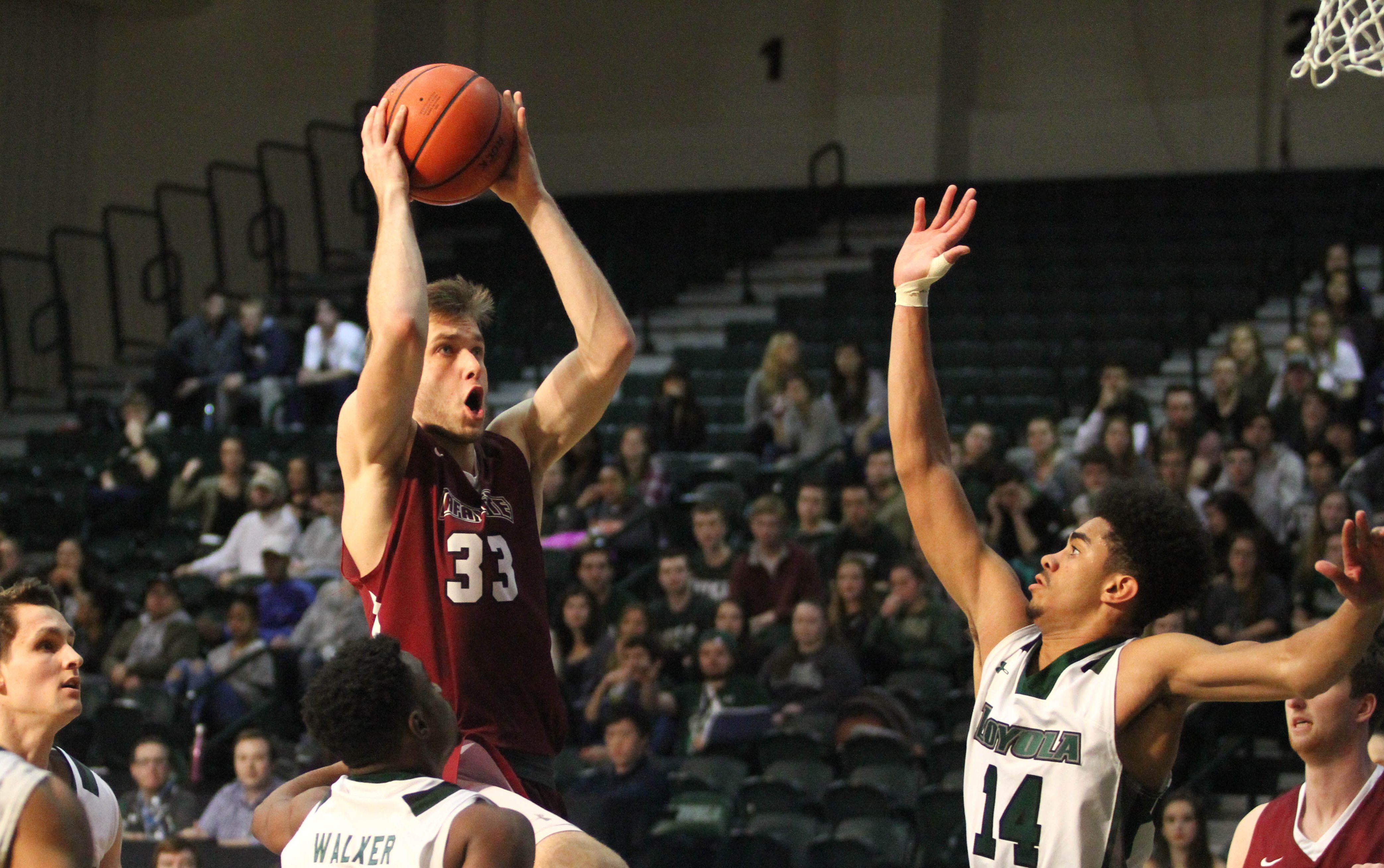 Despite entering the Patriot League Tournament on Tuesday with the 10th and worst seed, the men’s basketball team tried to find some March magic and spark a run against their opening round opponent, Loyola.

But luck was not on their side and the Leopards ended their season with a 67-64 loss at Loyola.

Before the Patriot League Tournament, Lafayette took on Colgate on Saturday in their final regular season game of the year. Although their position in the conference tournament was sealed, the Leopards were trying to win in order to build momentum heading into the postseason.

The Raiders were hot from the floor all afternoon, shooting 50 percent from the field and 42.9 percent from three, but the Leopards were even better, hitting 54.2 percent of their shots and 60 percent from three. Lafayette posted arguably one of their most efficient games of the season. Junior Matt Klinewski led the way in scoring and rebounding with 18 and eight, respectively, while Klinewski’s classmate Eric Stafford also contributed in a major way, scoring 15 points.

The Leopards had the lead for essentially the entire game, with Colgate tying it up a few times. With 18.7 seconds left and the Leopards up 69-67, the Raiders had what looked like a steal on the sideline, but after a video review it was determined the Colgate player was out of bounds and Lafayette retained possession, sealing the game.

The win was big for the Leopards as it gave them momentum going into the first round of the Patriot League tournament. As the 10th seed, the Leopards were set to take on the seventh seeded Loyola Greyhounds in the “play-in” round of the tournament. Lafayette split the season series against Loyola, with the Leopards most recently falling at home by a score of 70-62.

Lafayette controlled the entire first half, but turnovers and poor shooting let Greyhounds stay close. Eventually, carelessness caught up to the Leopards and the Greyhounds took the lead in the last few minutes and closed them out.

Senior Nick Lindner scored 11 points in his last game as a Leopard, finishing as the only player in Lafayette history to score 1,500 points and record 500 assists. Klinewski, however, was yet again the leading scorer with 15 – 13 of which came in the second half. Sophomore Paulius Zalys continued his solid finish to the season, scoring 13 points and grabbing four rebounds.

With the Leopards season coming to an end with a forgettable record of 9-21, it’s certainly time to look forward to next year. Lindner, a senior, is the only player that saw playing time this year that Lafayette will being losing (senior Monty Boykins was hurt for a majority of the season). Klinewski will continue to man the frontcourt, with Stafford and freshmen Kyle Stout and Hunter Janacek seeing expanded roles.

Although the Leopards improved on their 2015-2016 campaign, in which they went 6-24, the 9-21 record this year was certainly not what they were looking for. And with head coach Fran O’Hanlon losing one of the best players in Lafayette history in Lindner, next year will present one of the toughest challenges yet.

Only time will tell if the freshmen and rotation players can step up and fill the void. If not, the Leopards might be in store for a third straight single-digit win season.