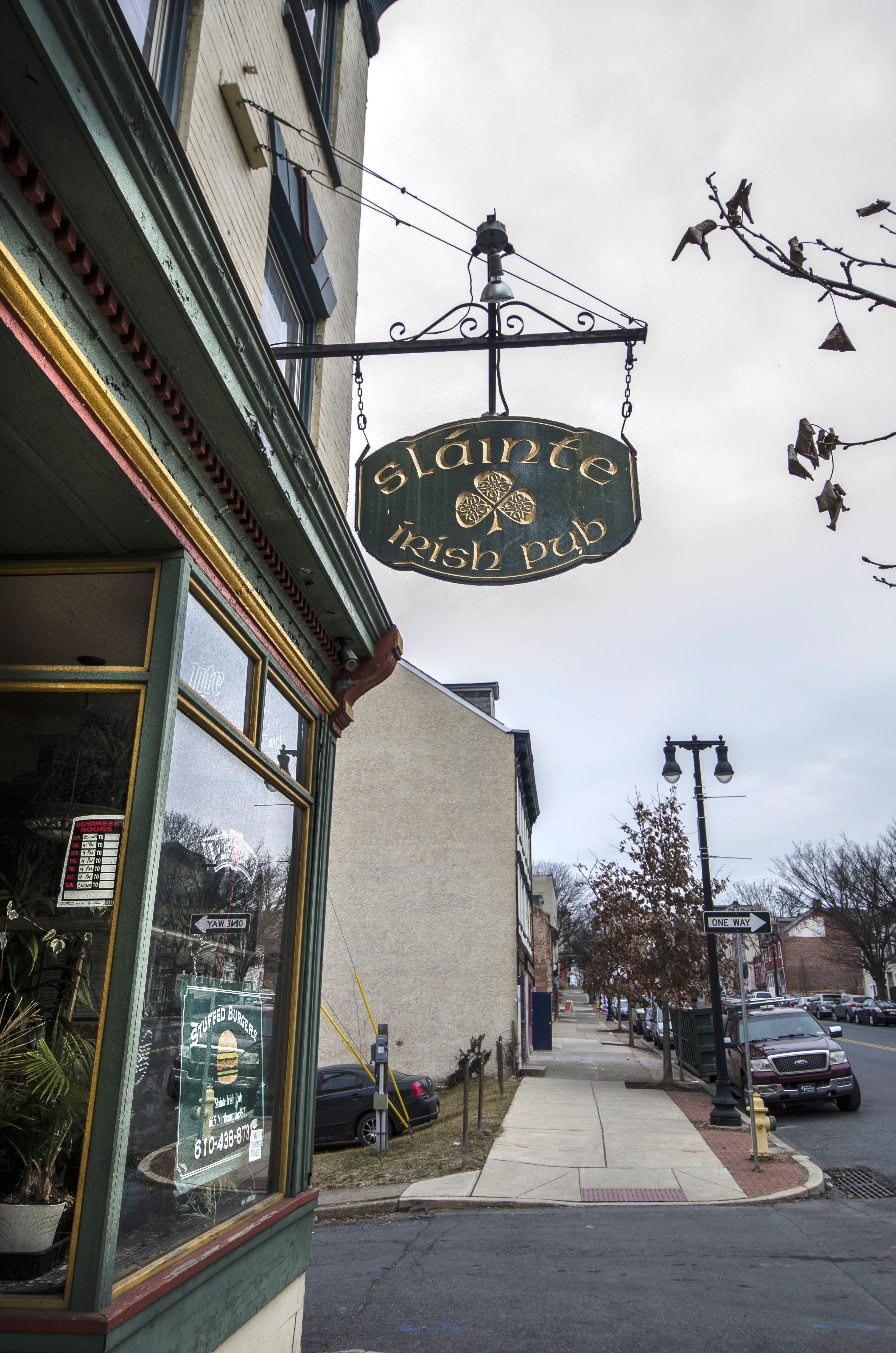 While many students have never heard of the restaurant and pub Slainte Irish Pub, other students rave about it. The pub, known for its specialty stuffed burgers, has become a must over the years for Easton locals and Lafayette students alike.

Perfect for a weekend meal with friends or visitors, the pub, located on Northampton and Church Streets, is only a short drive from campus. While the pub-style bar at Slainte might be attractive for of-age students, the pub is most popular for its stuffed burgers.

Featuring at least one new specialty burger each week, Slainte creates delicious burger combinations for its customers. According to a 2015 article in The Morning Call, the pub had then already come up with over 720 burger combinations. The staff there started making these stuffed burgers only a year after it opened, according to the article.

Some of the regularly featured stuffed burgers include the “Colin Stuffed Burger,” which has spicy bacon peanut butter, peanut butter cups and cheese. Another, called the “Sabrina Stuffed Burger” features mashed potatoes. For mac and cheese fans, there is even a burger stuffed with it. These burgers, while they may not sound appetizing, ‘wow’ some Lafayette students.

“Slainte’s is a place that takes pub food to another level,” Barker Carlock ’17 said. “If you’re adventurous and are open to trying seemingly opposite [foods on a burger], such as an apple pie stuffed burger, then it’s your place.”

Last semester, one student even entered a contest run by Slainte and got a burger made in his honor. Matt Katz ‘17 was the curator of the “Munchies & Crunchies” burger that was served at Slainte for a week.

“I basically thought of what my favorite snacks were during my less-than-proud weekend nights, and came up with the Munchies & Crunchies burger,” Katz said. “It was stuffed with mac and cheese, Cheetos, Doritos, bacon bits and sriracha. Weeks later I heard that I ended up being a runner-up and that they were making it…I celebrated my last final of the semester by getting it for dinner that night.”

Slainte is regularly open Tuesday through Saturday from 4 p.m to 8 p.m and is closed Sundays and Mondays.