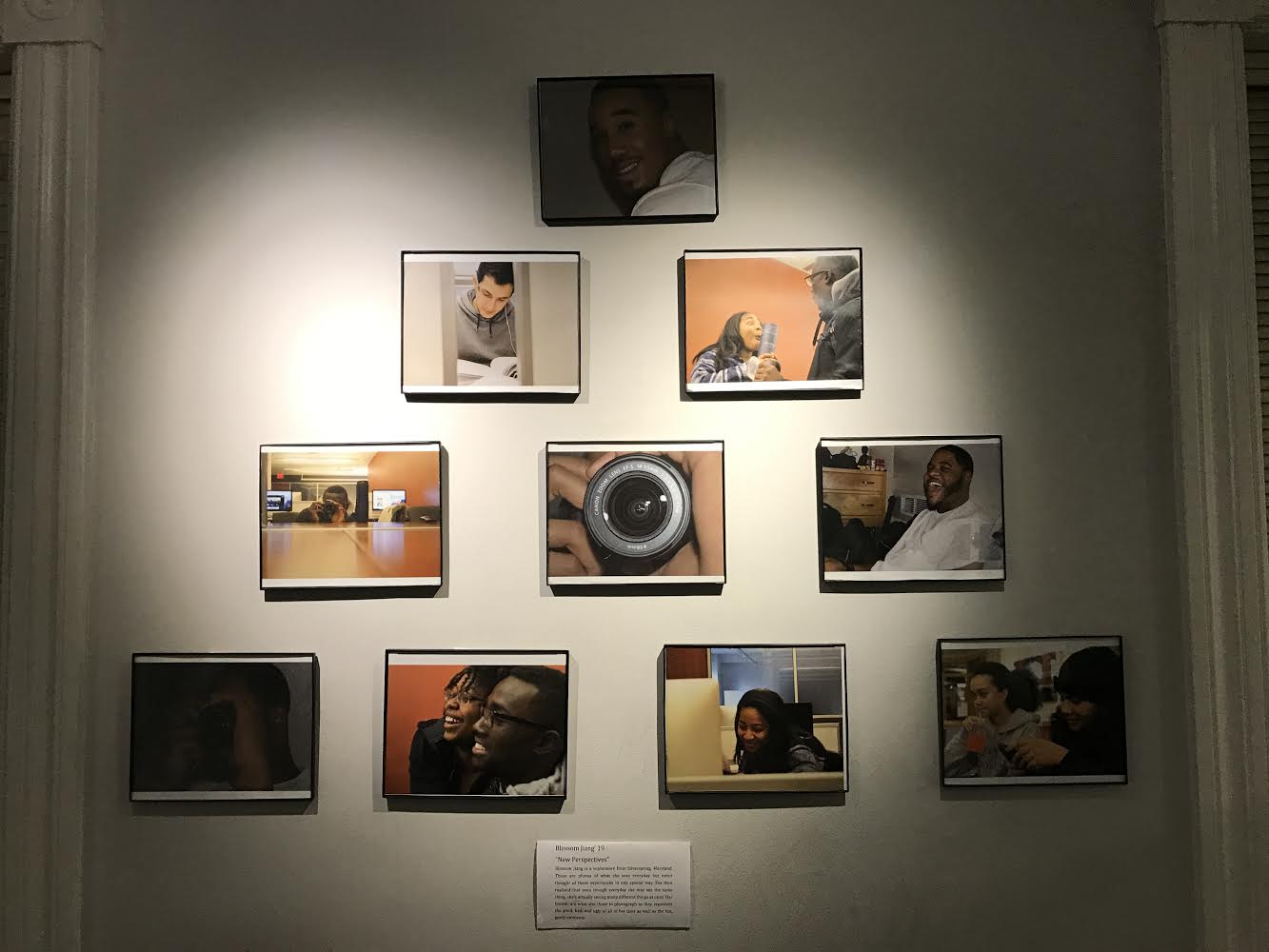 Members of NIA present artwork in an exhibit at the Portlock Black Cultural Center (Photo Courtesy of George Odigwe ’20).

Students gathered at the Portlock Black Cultural Center for an art exhibition and panel discussion Monday night, showcasing the projects of the women in NIA, a multicultural women’s support group on campus.

The exhibit was also a way to celebrate Black Heritage Month and to present an intersection of perspectives of womanhood on campus, President of NIA Edoukou Aka-Ezoua ’17 said.

“A lot of poetry, photographs, et cetera, are posted on Facebook and don’t get the recognition they deserve so we thought, ‘Why not have something like this to showcase the talents within our society,'” Aka-Ezoua said.

The event began with the exhibition of the NIA members’ various forms of artwork, ranging from creative writing to film and photography. After viewers circulated through the exhibit, the artists spoke about their inspirations and took questions from the audience in the panel.

Syeda Ahmed ’19 had a set of photographs at the exhibit called “Beauty in Flaws.”

“I was trying to get rid of the social construct of beauty,” Ahmed said. “They are not really ‘flaws’ but we only believe they are because of what we see in magazines and other media. For me, 90 percent of my art is a form of activism. I’ve always stood for a lot of rights, and I think it is important to show that in your work.”

Another artist, Valencia Perry ’19, contributed both sound pieces and poetry to the exhibit. When the panel transitioned into a Q&A session, one audience member asked panelists if they found it difficult to “get personal” in their works, and once they did, if that was difficult to reveal to people.

When asked whether panelists chose their medium or topic first, Ariell DaSilva Christian ’17 said, “I try to describe myself in the moment, how I’m feeling. I feel like creativity has to please you first because that means it’s worth something.”

The event was also live-streamed on Facebook and questions were taken from online viewers. One online viewer asked the panelists what emotion they felt most when they worked. Most responded by attributing their works to feelings of love.

But Nyree Spearman ’17 had a different response. Spearman contributed a satirical piece about racial experiences at Lafayette College.

“Not only do I experience anger, I also experience curiosity,” Spearman said. “I wonder what others are going to feel about the piece, and this curiosity always helps with creating more.”

The exhibit will be open to the public all week at the Portlock Black Cultural Center.

The print version of this story incorrectly spelled Syeda Ahmed’ name. It has been corrected online.

View all posts by George Odigwe →